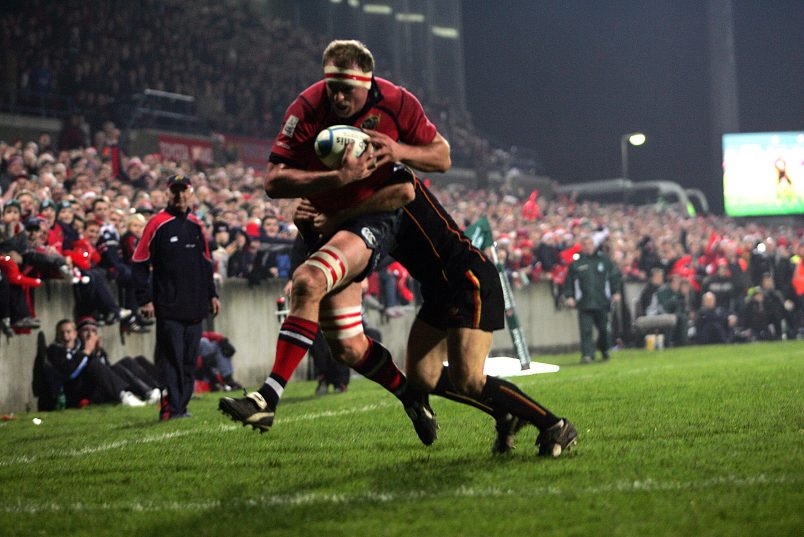 Mick O'Driscoll goes for the line against Dragons in December 2005. Inpho

Mick O’Driscoll became the eighth man to make 200 appearances for the province in March 2012 and made a total of 207 Munster appearances over a 14-year career that also saw him spend two seasons with Perpignan. 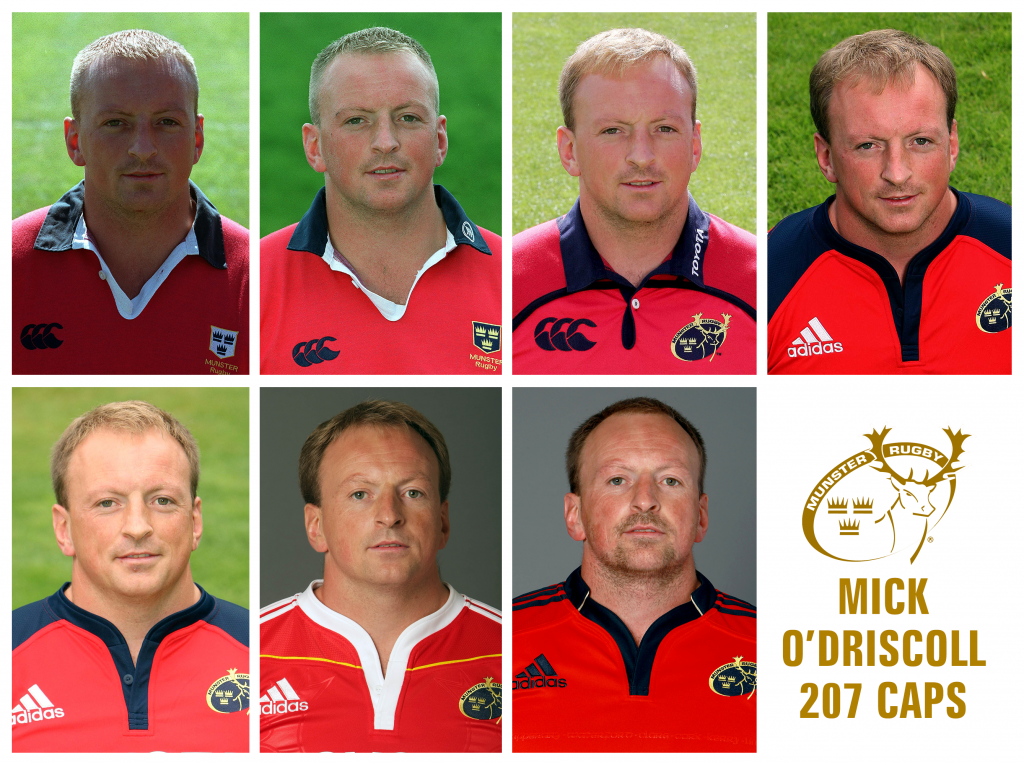 Mick O’Driscoll played in the second row for both Munster and Ireland, earning 23 senior internationals caps and making 15 appearances for Ireland A while also lining out for the Barbarians twice.

While never the official club captain, O’Driscoll captained the province on dozens of occasions and was a brilliant lineout operator and a very dependable ball-carrier.

The Cork native started his playing career at Presentation Brothers College, where he won the Clayton Hotels Munster Schools Senior Cup in 1996. 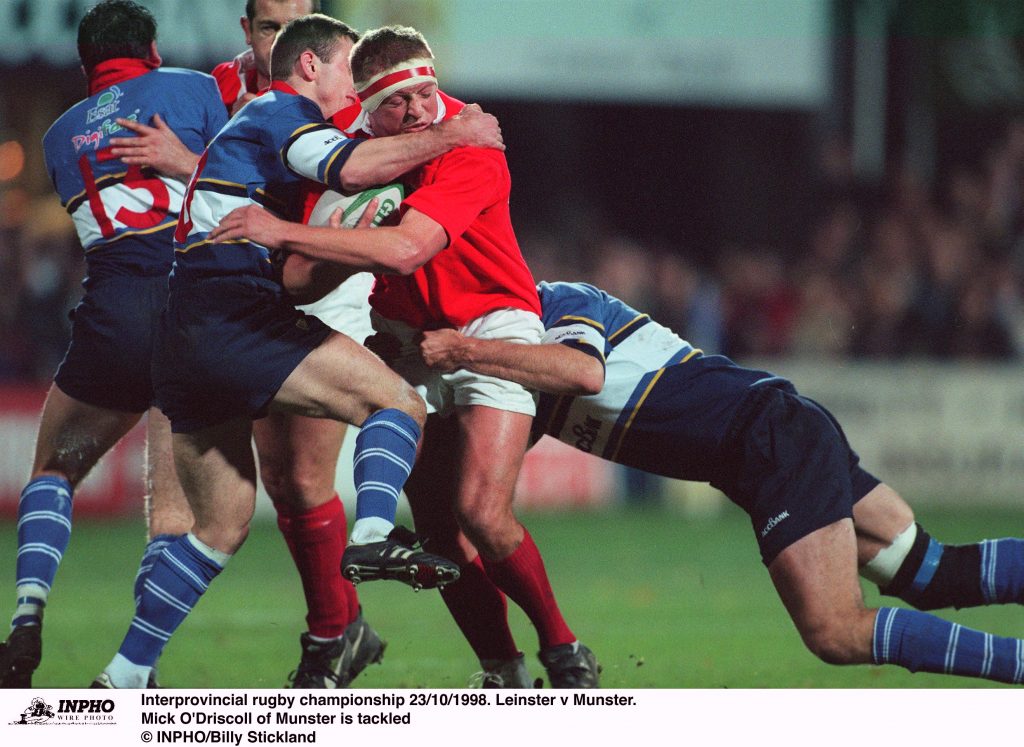 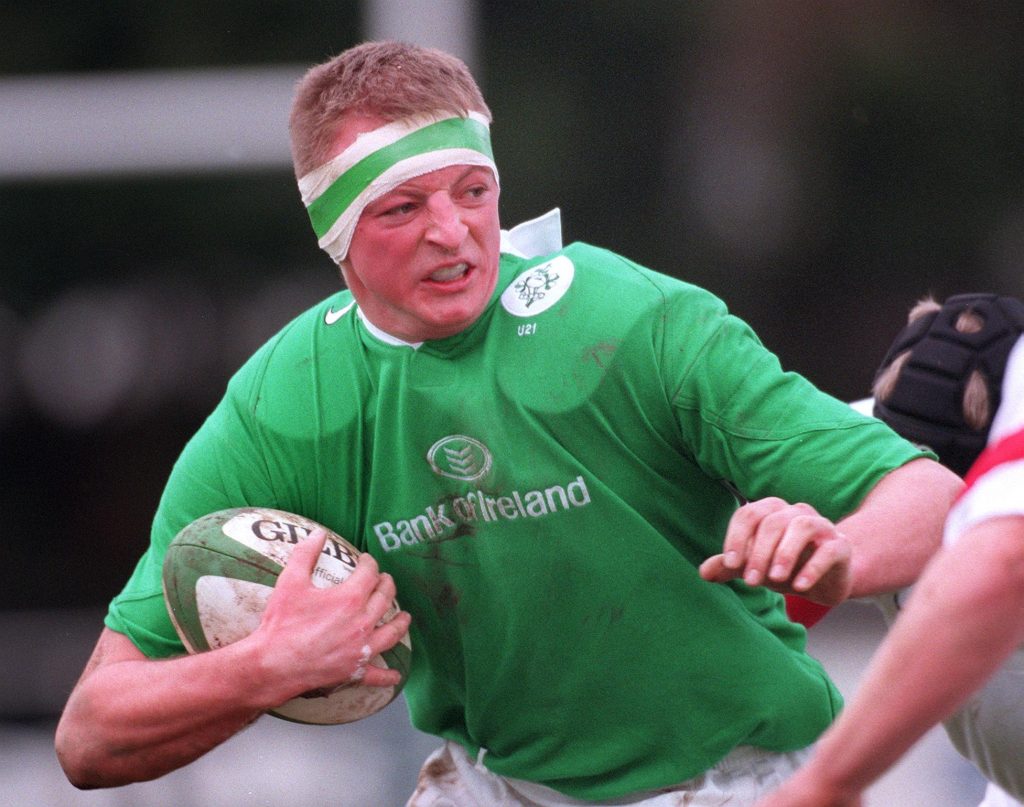 Mick O’Driscoll in action for Ireland U21s in March 1999.

O’Driscoll joined UCC before moving to Cork Constitution and made his Munster debut in August 1998 against Leinster as a 19-year-old. A Heineken Cup debut for the province followed against Neath at Irish Independent Park in September of the same year.

In 1998 he helped the Ireland U21s to a Triple Crown success and went on to win 50 caps for Munster between 1998 and 2003 and made his international debut for Ireland against Romania in 2001.

He was a Celtic League winner with the province in 2003 before joining Perpignan in 2003 and spent two seasons in France before returning to Munster in 2005. 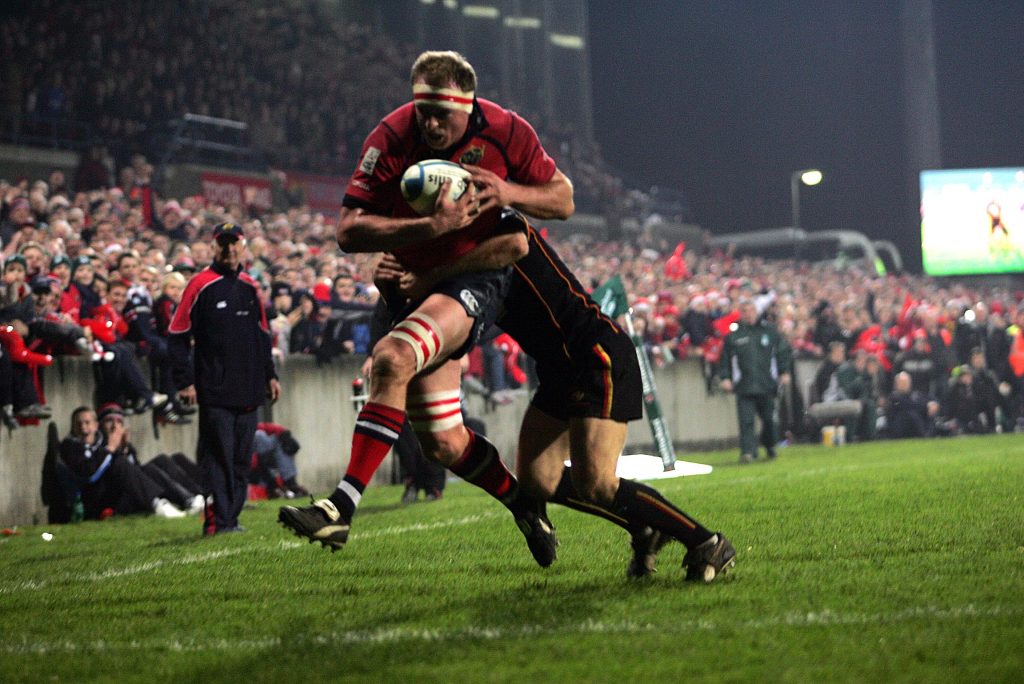 Mick O’Driscoll goes for the line against Dragons in December 2005.

O’Driscoll was an integral part of the Munster teams who achieved European Cup success in 2006 and 2008, defeating Biarritz and Toulouse in respective finals. 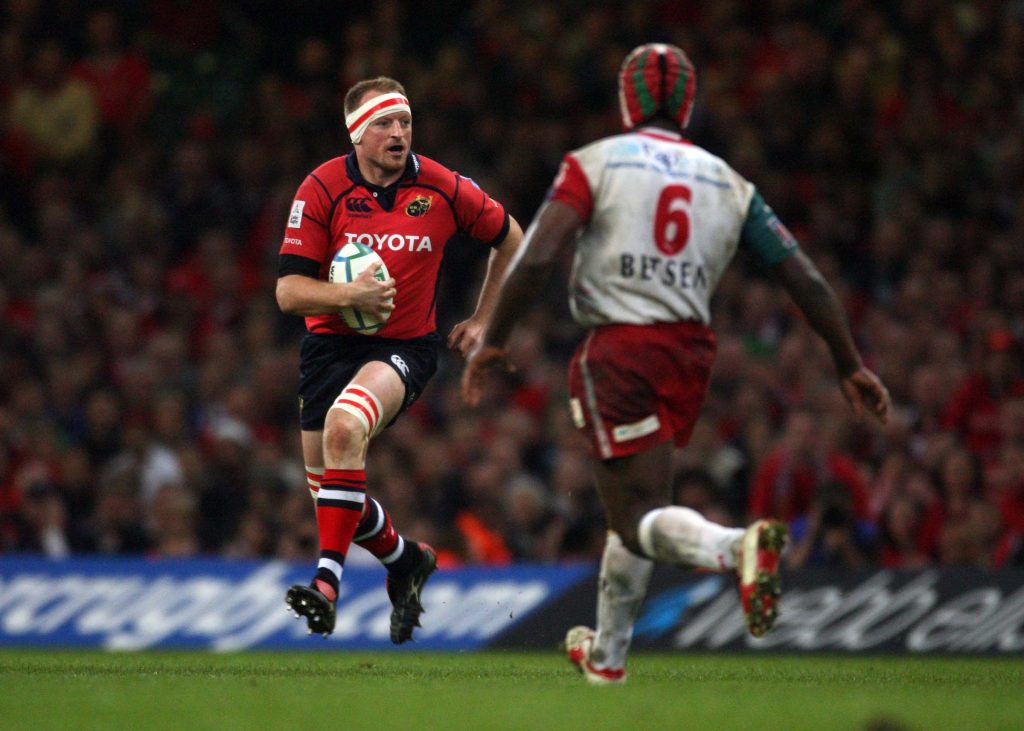 Mick O’Driscoll in action against Biarritz in the 2006 European Cup final.

He also captained the province in the narrow 18-16 loss against the All Blacks in November 2008 at the official opening of the newly-developed Thomond Park. 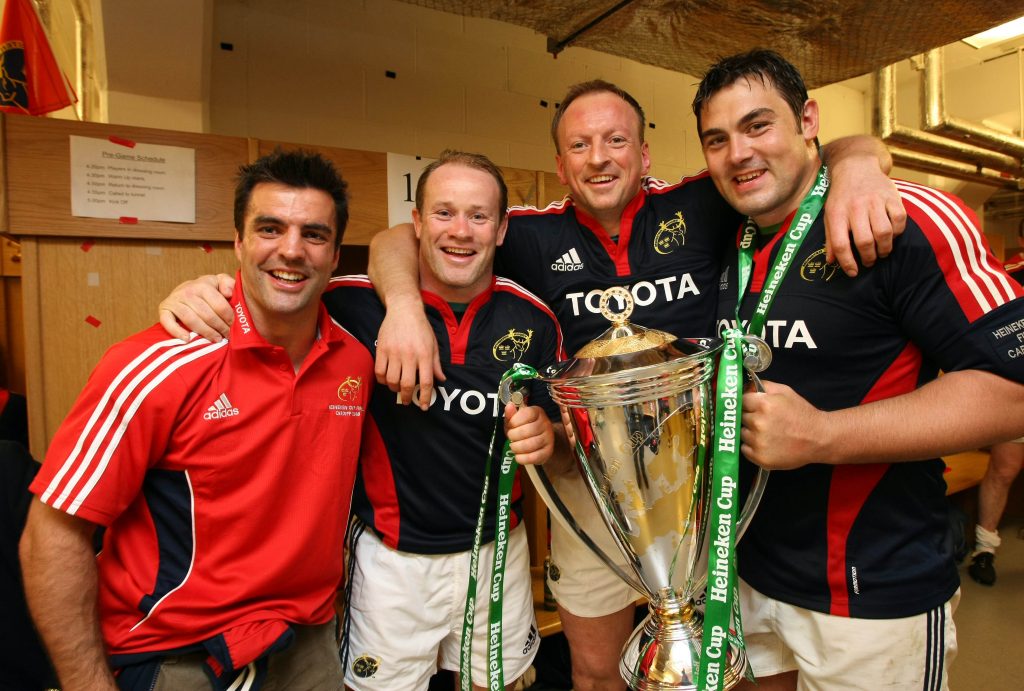 Brian Carney, Frankie Sheahan, Mick O’Driscoll and Tony Buckley in the changing room with the European Cup in 2008.

O’Driscoll played in all but one of Munster’s games as they captured the 2009 Magners League title, captaining the side on eight occasions. 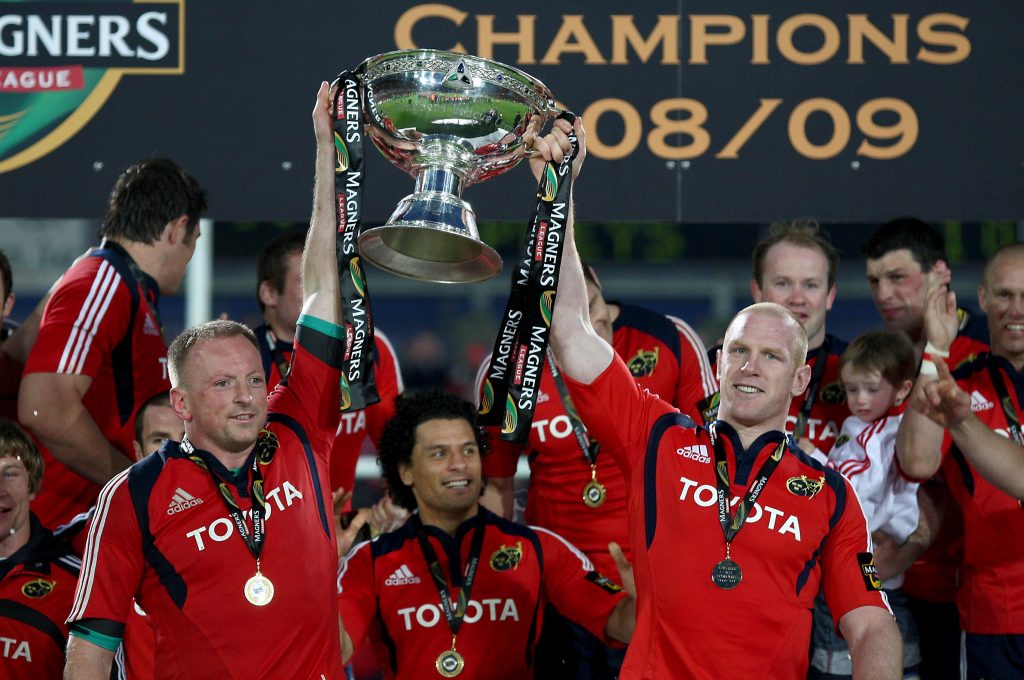 He was a member of Ireland’s 2009 Grand Slam-winning side and an individual accolade followed the season as he was voted Munster Player of the Year in 2009/10. 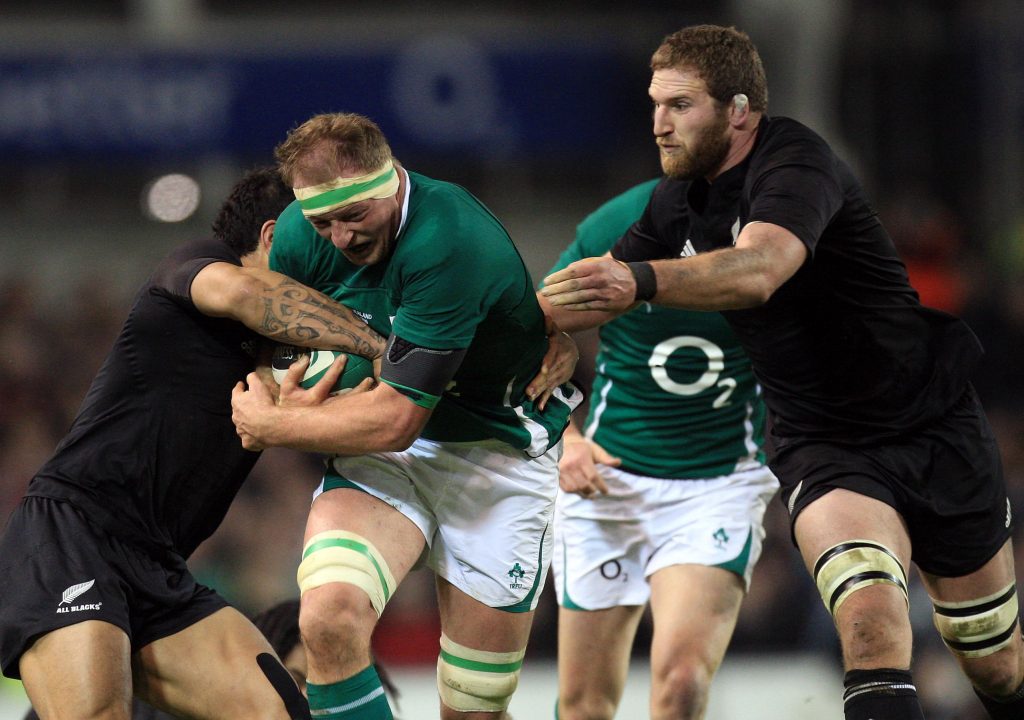 Mick O’Driscoll tackled by Hosea Gear and Kieran Read of the All Blacks in November 2010.

O’Driscoll made his ladmark 200th appearance for Munster against Dragons in March 2012 at the age of 33 and he made seven further appearances that season before bowing out after a magnificent career. 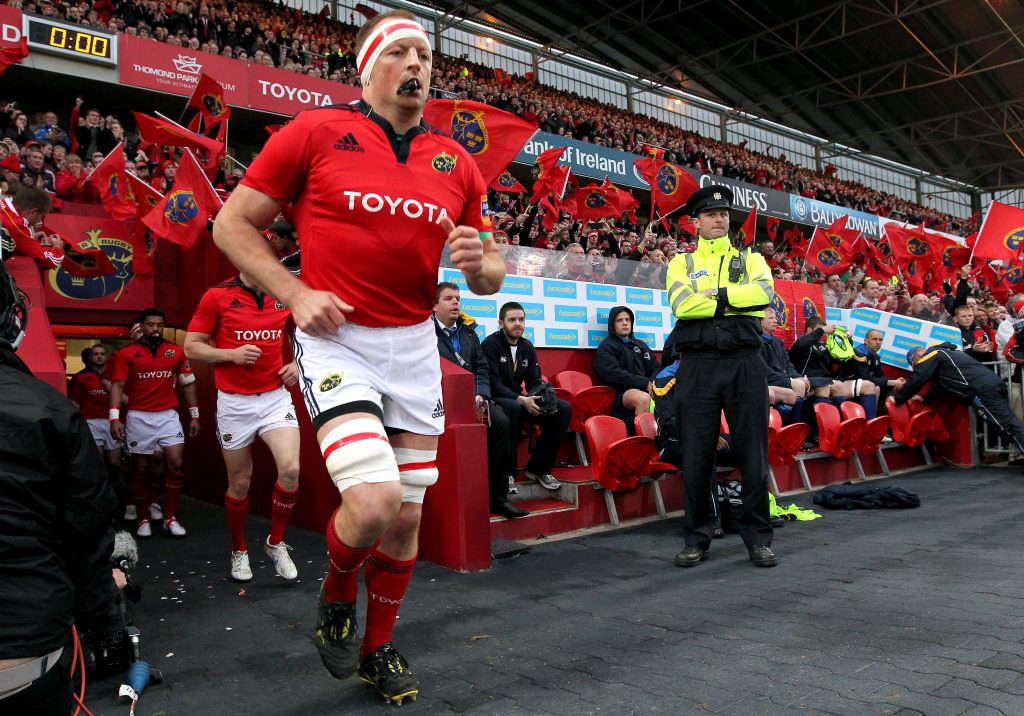 Mick O’Driscoll leads Munster out against Leinster in March 2012.