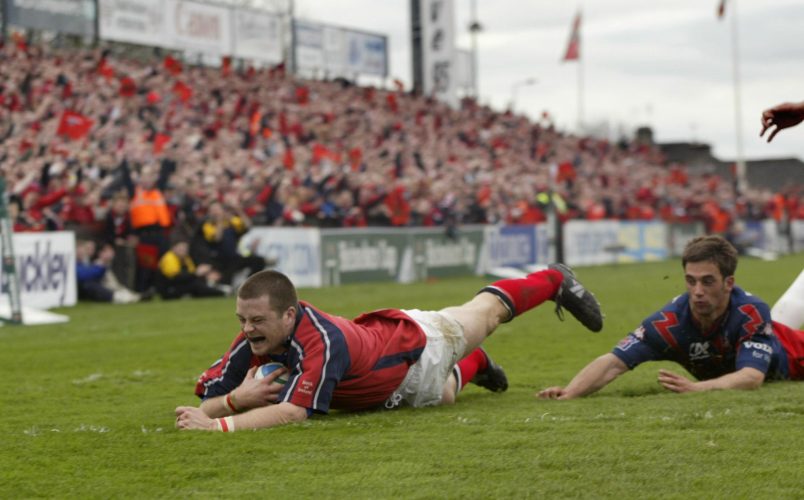 Marcus Horan became the seventh man to reach 200 appearances for the province in December 2011 and made a total of 223 appearances over a 14-year career. 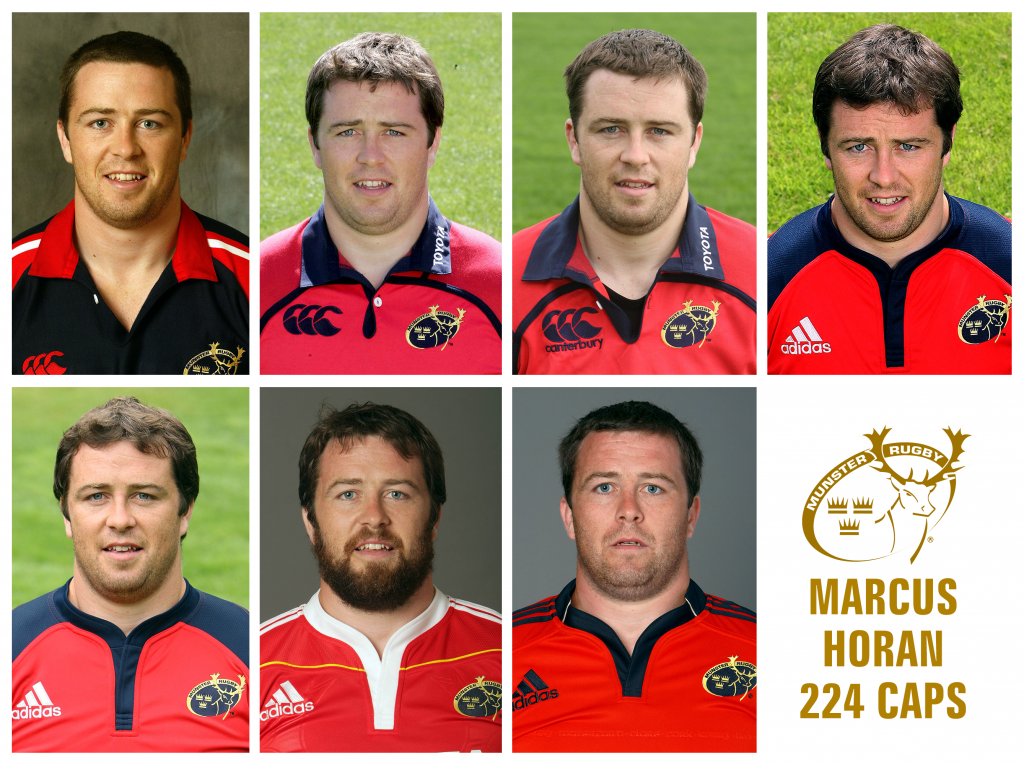 Marcus Horan enjoyed an incredible career and played a leading role in Munster’s European Cup wins in 2006 and 2008, the league successes of 2003 and 2010 and the Celtic Cup triumph in 2005.

Earmarked as a serious talent from an early age, Horan was selected for the Ireland Schools side in 1995 after impressing for St Munchin’s College.

Continued his progress with Shannon RFC and graduated to the same Triple Crown winning Ireland U21 side as former Munster team-mate Ronan O’Gara. 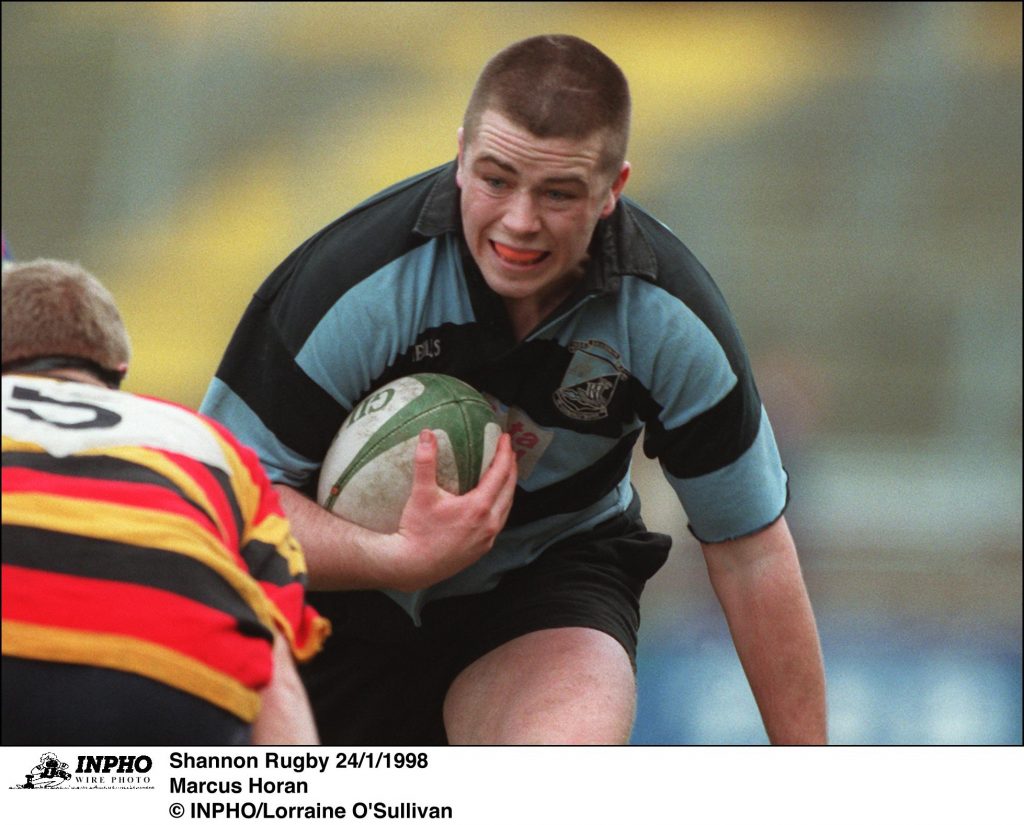 Marcus Horan in action for Shannon in 1998.

Horan’s marvellous professional career stretched back 14 seasons and saw him become Munster’s most capped forward at the time of his retirement while also winning 67 senior international caps for Ireland.

Horan earned his first senior competitive cap in the Interprovincial series in August 1999 against Leinster and the first of his 84 European Cup caps came later that season when he came on as a replacement for Peter Clohessy in Munster’s 32-10 win over Pontypridd at Thomond Park.

His first European start came three weeks later in the exalted front-row company of Keith Wood and John Hayes in the historic first ever victory on French soil over Colomiers at Stade les Sept Derniers.

An indication of his burgeoning talent was his comfort at playing the second half of that game at tighthead after Hayes retired injured. 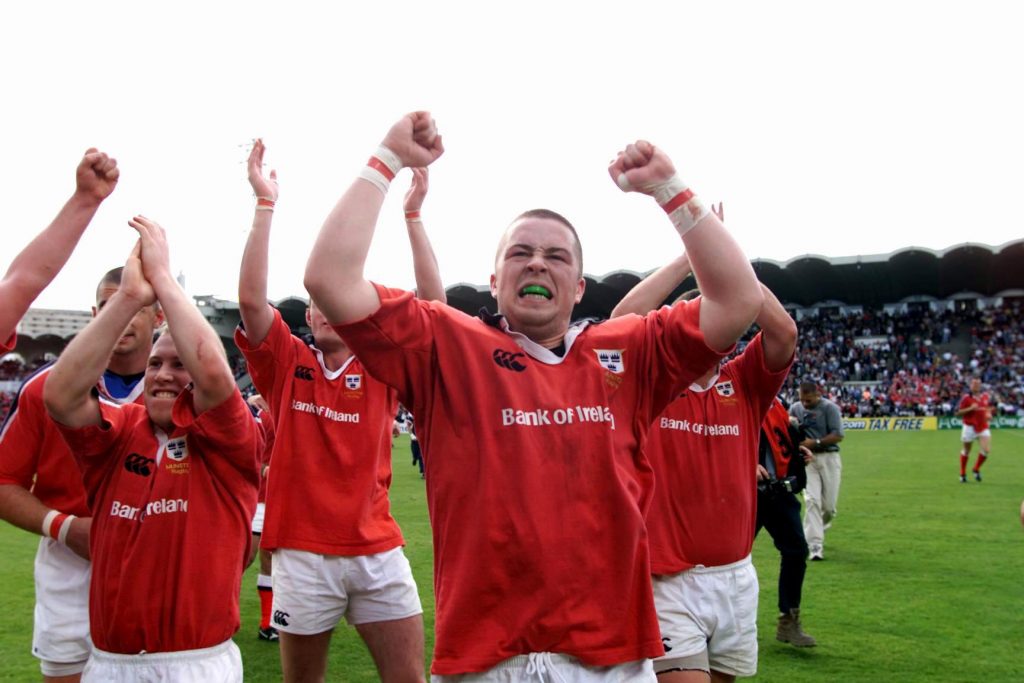 He also deputised at tighthead in the subsequent games, the return against Pontypridd; after 23 minutes of the quarter-final against Stade Francais and again in the famous semi-final win over mighty Toulouse in Bordeaux.

He continued to serve his time to Clohessy, sitting on the bench behind him in the 2000 and 2002 European finals but when the 2002/03 season kicked off Horan was wearing the number 1 shirt and made it almost exclusively his own for the ensuing seven seasons.

During that time he played a crucial role in Munster’s European success of 2006 and 2008 as well as Celtic League glory in 2003 and Magners League in 2010. 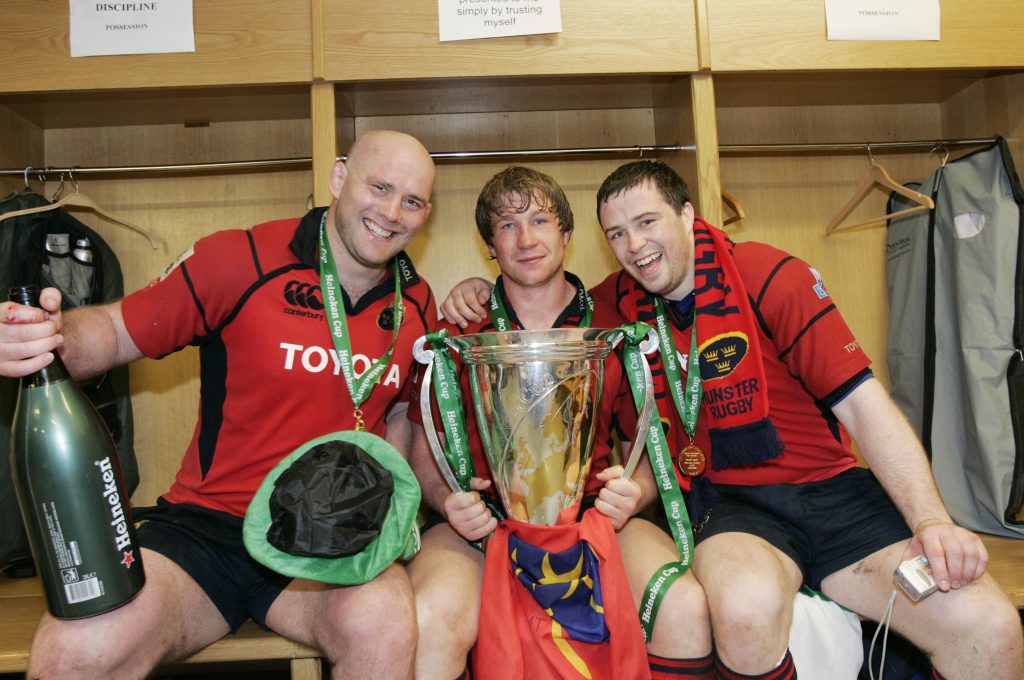 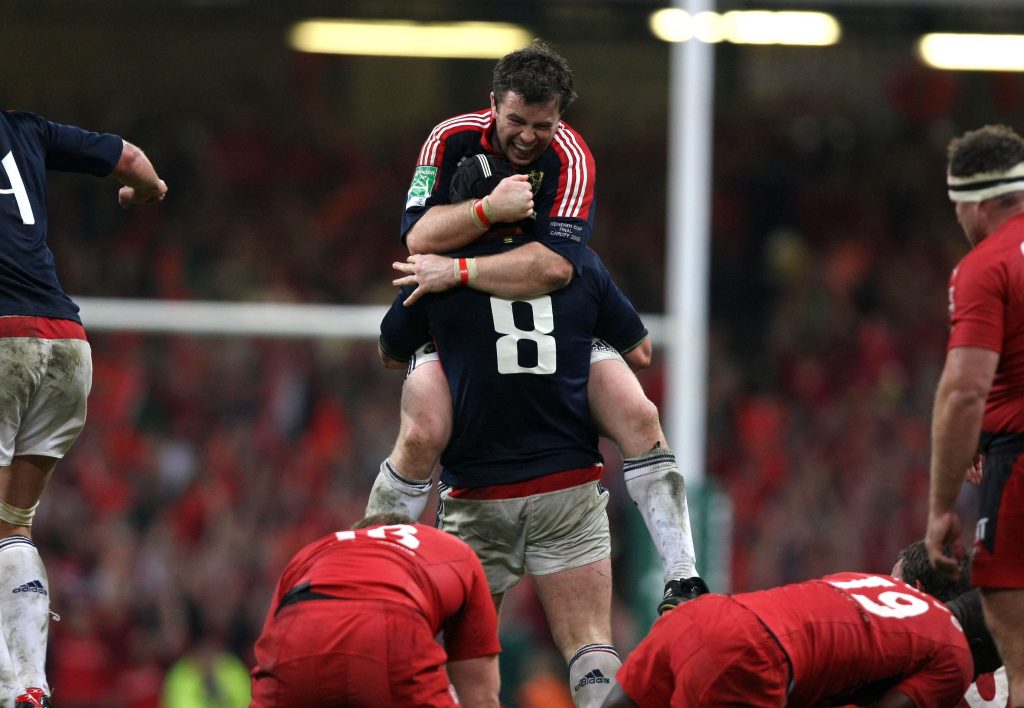 He won his first 6 Nations cap in season 2002/03 and was the starting loosehead in all of Ireland’s games when they claimed the Grand Slam in 2009. 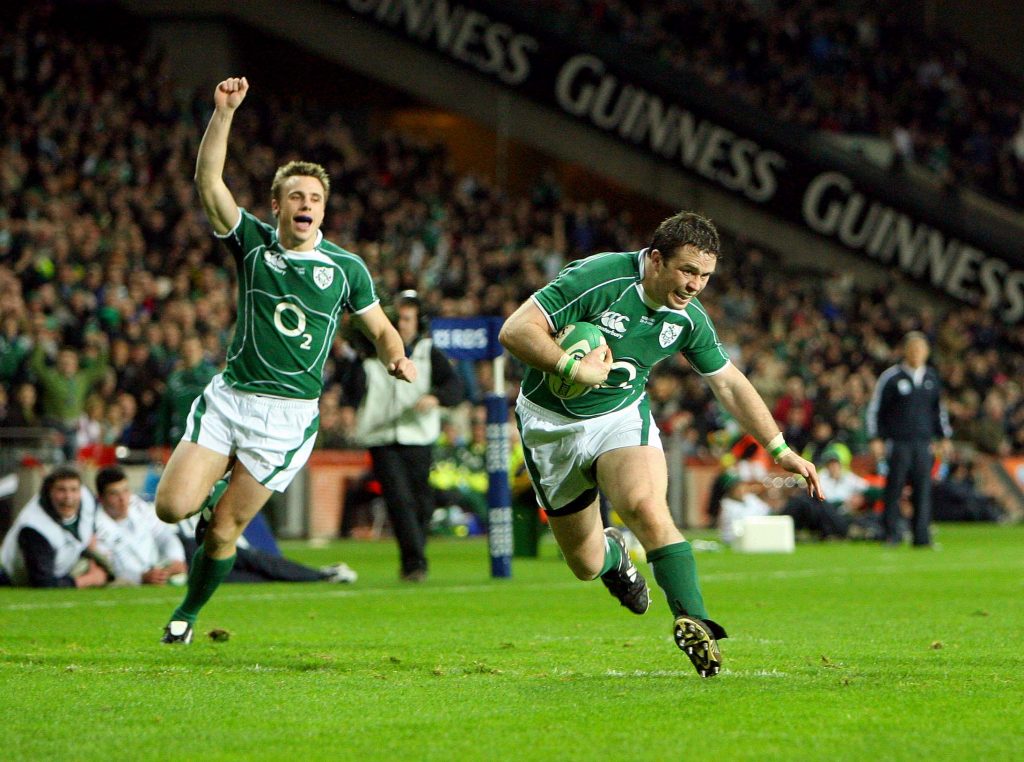 Marcus Horan runs in for a try against Scotland in 2008.

Horan made his 200th appearance for Munster against Ospreys in December 2011 and played his final game for the province against Dragons in 2013.

Acknowledged and respected as one of the finest looseheads of his generation, he more than held his own in that most demanding department and always against the very best of company.

His football skills sees him remain up there as one of Munster’s leading try scorers with 11 in the European Cup out of a career total of 30.