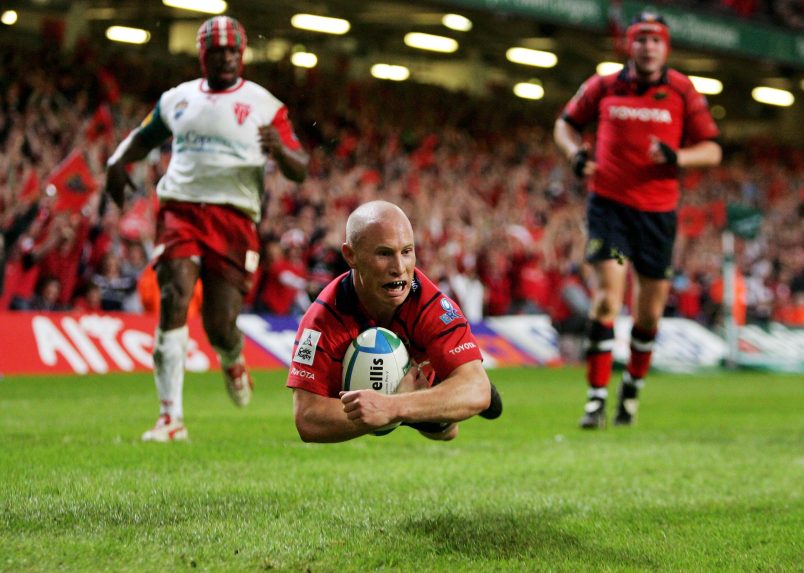 Peter Stringer dives over to score in the 2006 European Cup final. Inpho

Peter Stringer became the third man to earn 200 Munster caps in October 2010 and made 232 appearances over a brilliant 13-year career at the province.

After making his Munster debut off the bench against Ulster in October 1998, Stringer immediately made the number nine jersey his own.

Stringer followed Anthony Foley and Alan Quinlan in earning 200 Munster caps, you can read more about their careers below. 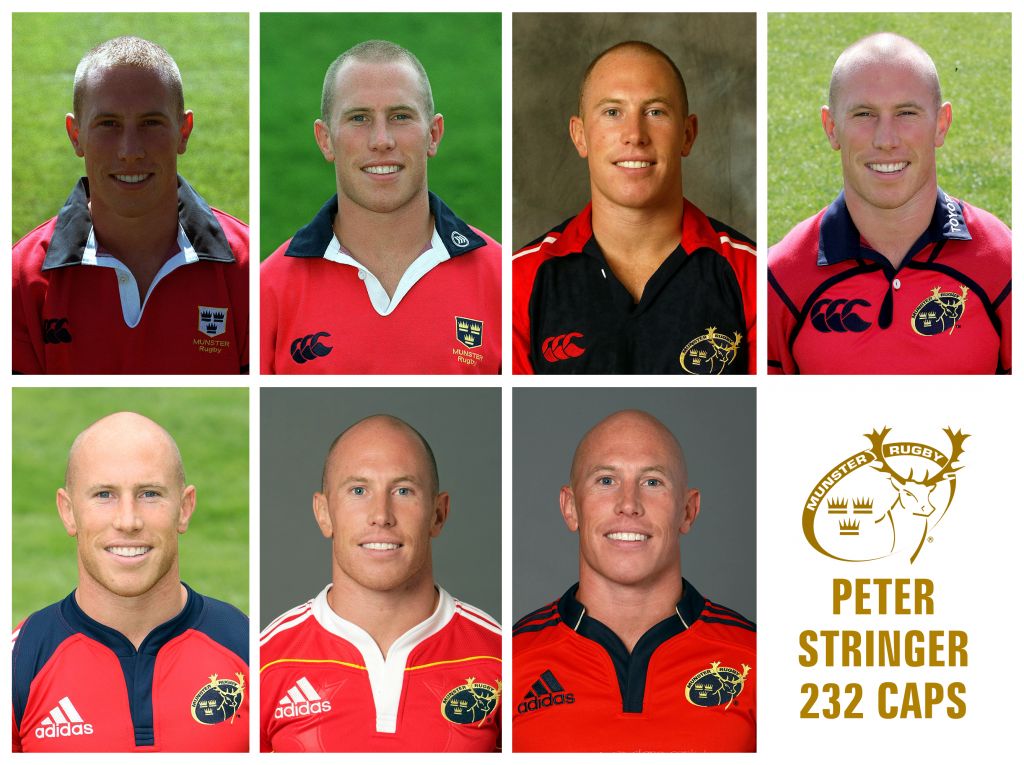 Stringer made his Munster debut as a 20-year-old in 1998 and the Cork native is a product of Cork Constitution, PBC and UCC – he also lined out for Shannon in the AIL..

He started the 1998/99 campaign as third choice scrum-half behind Brian O’Meara and Tom Tierney but after making his debut against Ulster, he made his first start against Perpignan a week later and quickly became first choice for club and country. 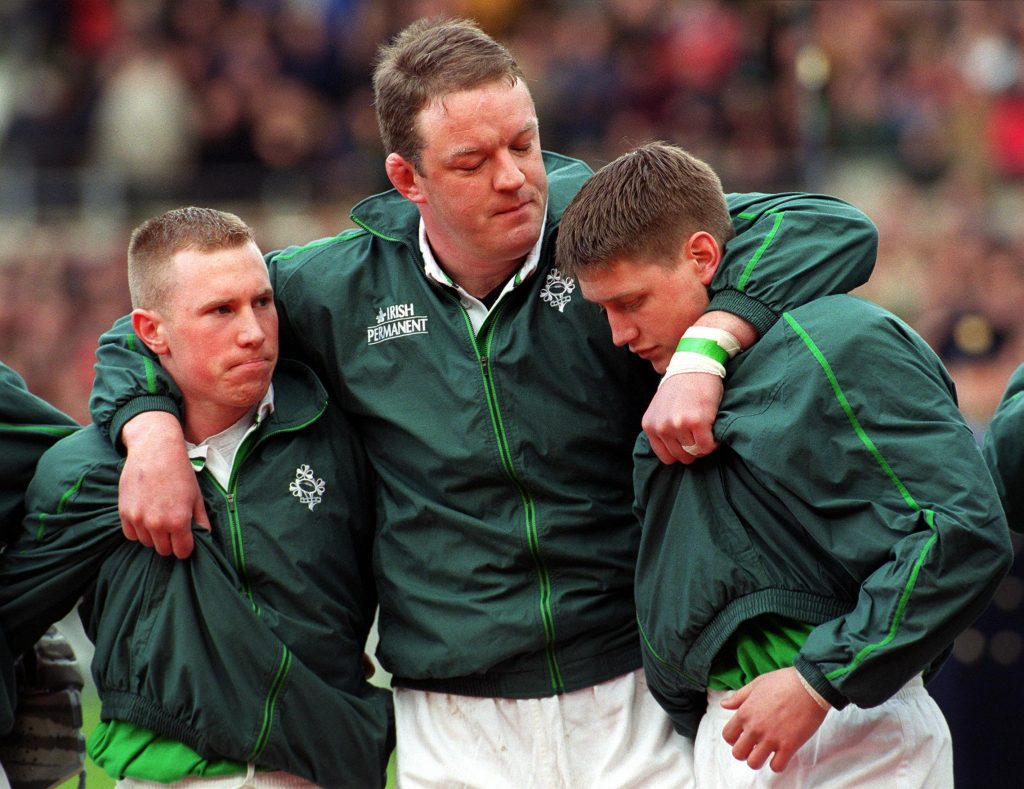 In February 2000, 14 months after his Munster debut, Stringer earned the first of his 98 Ireland caps against Scotland in the 6 Nations.

Stringer and Ronan O’Gara quickly struck up a fantastic half-back partnership for province and country and Stringer started the 2000 and 2002 European Cup final defeats to Northampton Saints and Leicester. 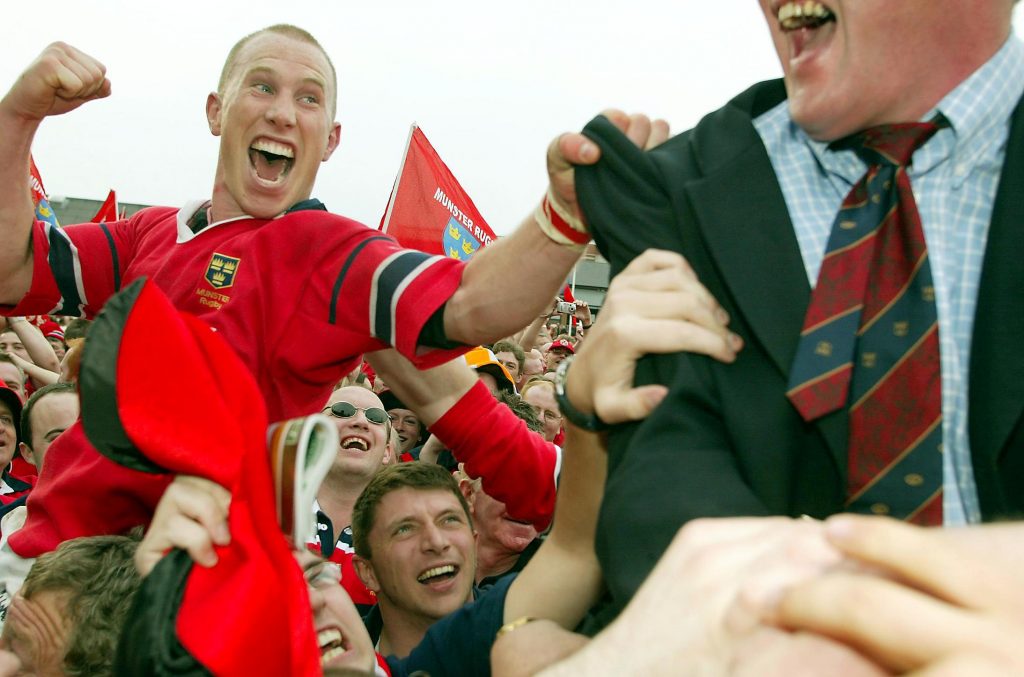 He won the first of three Celtic League titles in 2003, second in 2009 and third in 2011. Stringer was also Munster’s scrum-half in the 2005 Celtic Cup that saw Munster beat Leinster in Dublin to set up a final meeting with Llanelli Scarlets. A 27-16 victory over the Welsh side at Lansdowne Road secured more silverware for Stringer and the province.

Eight years on from making his Munster debut, Stringer played a pivotal role in Munster’s first European triumph in 2006. It was third time lucky for Stringer and Munster with the scrum-half providing the crucial try against Biarritz in the decider, contributing to a 23-19 win and the province’s first European Cup.

In 2008, won his second with Munster and was among the replacements for the 16-13 win over Toulouse.

He won three Triple Crowns and a Grand Slam, providing the pass to O’Gara for the drop-goal against Wales in 2009 which won Ireland’s first Grand Slam since 1948. 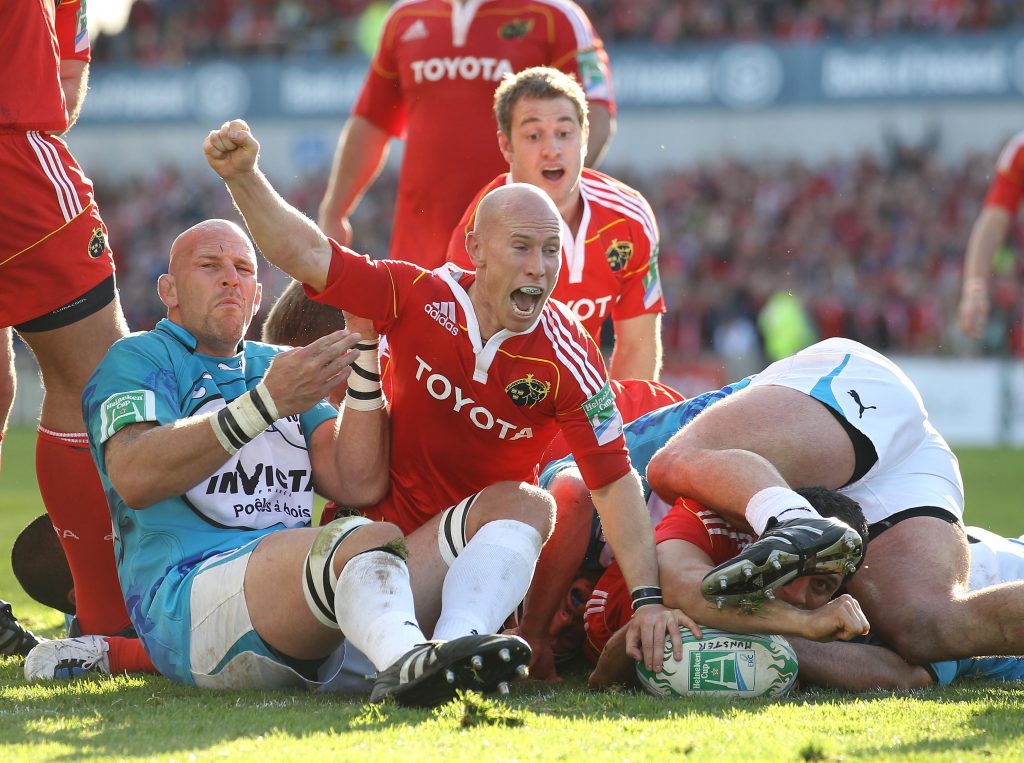 Peter Stringer celebrates a Munster try against Toulon in 2010.

During the 2010/11 season, Stringer became Munster’s most capped player, overtaking Alan Quinlan’s record when he came on as a substitute during the 2011 Celtic League win over Leinster.

In December 2011, Stringer went on loan to Premiership outfit Saracens for three months before linking up with Newcastle Falcons in 2012, also on a loan deal.

The scrum-half then signed for Bath and later Sale Sharks before moving to Worcester Warriors in 2017, joining Munster and Ireland team-mate Donncha O’Callaghan at the club.

Stringer announced his retirement from professional rugby at the age of 40 in 2018.