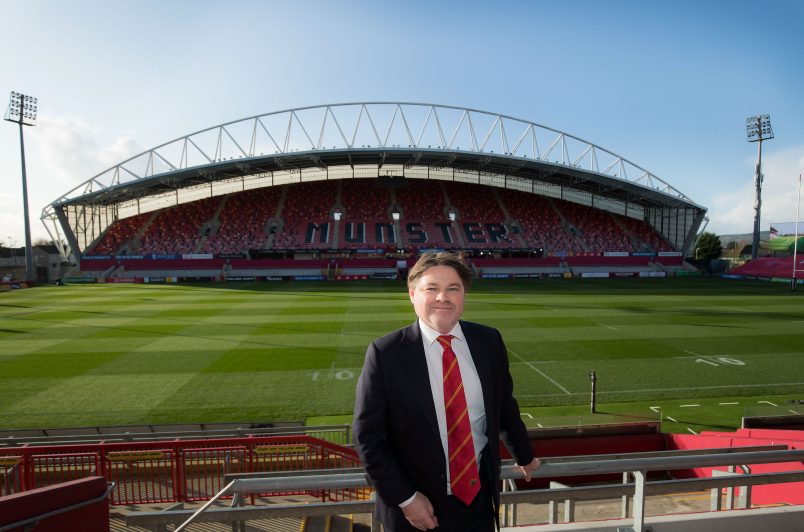 Ian covered a wide range of topics including his early days as Munster Rugby CEO, the prospect of Munster returning to the field in August, James Cronin’s ban, our incoming signings and much more.

On joining Munster Rugby last October, he said: “It’s been a huge honour and privilege to come to the club, and to lead the club.

“It’s a hugely exciting time for rugby in terms of what may happen in the coming years, I think rugby is going to attract huge new audiences.

“I think there’s an enormous opportunity for Munster, probably more than any club, to increase our fans around the world for first generation rugby supporters to identify with Munster as a club.

“I think all those opportunities are still there, even through the times that we’re living in now where life and sport as we know it are essentially on hold.

“I thought it was a fantastic opportunity [becoming Munster Rugby CEO]. I want to pay tribute to my predecessor Garrett Fitzgerald who was the original ‘Mr Munster’, our first and only CEO. Garrett sadly passed away in February so in a sense the whole season has been overshadowed by that, long before the virus entered our lives.

“Garrett has left the club in fantastic shape, there’s an amazing organisation – it’s just been really refreshing to meet everyone in Munster and to get to know them over the last couple of months.

“You will see lots of sports clubs around the world who say they are more than a club and I think most people who understand sport realise there is probably only literally a handful of clubs that genuinely mean something more than just a club and I would certainly put Munster in that bracket.”

Listen to the podcast in full below.