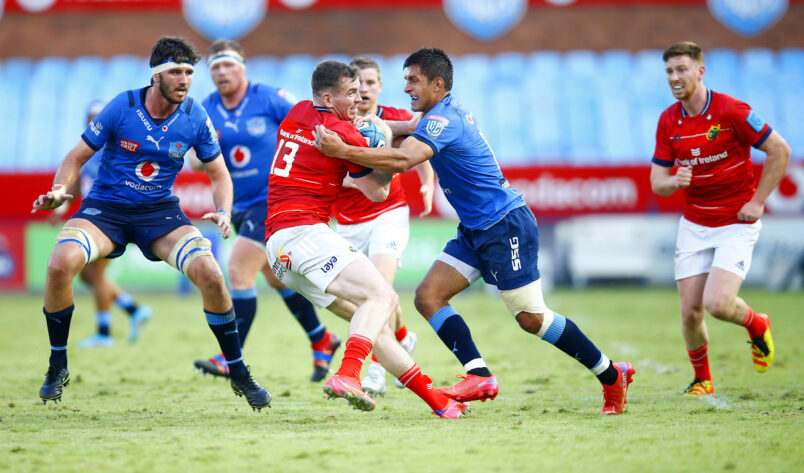 A first for Munster as they lined out against the Vodacom Bulls at Loftus Versfeld in the United Rugby Championship.

Despite a second half comeback that saw Munster dominate proceedings and outscore the Vodacom Bulls by 18 points, and overall three tries to two, the province could only secure a losing bonus point in the 29-24 defeat at Loftus Versfeld on Saturday afternoon.

Alex Kendellen, Damian de Allende and Captain Jack O’Donoghue were the try-scorers with Ben Healy converting all three in addition to kicking a penalty in the opening half.  Read the full match report here.

View the highlights below.