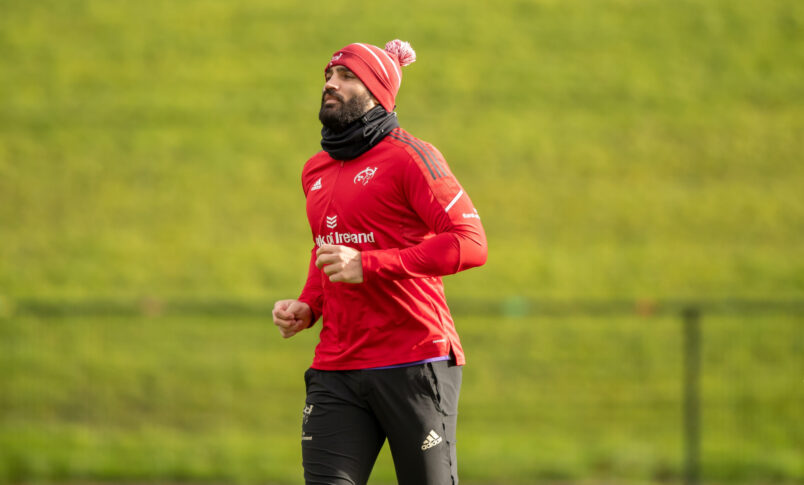 See full details of the squad that travelled to South Africa here.

On the injury front, Damian de Allende has recovered from an abdomen injury and returns to training this week.

There are nine Munster players with the Ireland squad ahead of Saturday’s 6 Nations clash against England with Jeremy Loughman joining the squad for the first time.

There were nine Munster players in All Ireland League action at the weekend.

In Division 1A, Alex McHenry scored two tries for Cork Constitution with Seán French also lining out for Con in their 32-27 loss away to Dublin University.

Conor Phillips and Eoin O’Connor helped Young Munster to a 39-24 victory over Lansdowne with Phillips, who started at outside centre, among the tries.

Tony Butler kicked five penalties and two conversions from full-back for Garryowen as they beat Ballynahinch 29-26 at Dooradoyle.

In Division 1B, four Munster players helped Shannon to a 33-22 win away to Old Belvedere.

Ethan Coughlan and Declan Moore, who is on loan at Ulster, featured off the bench.