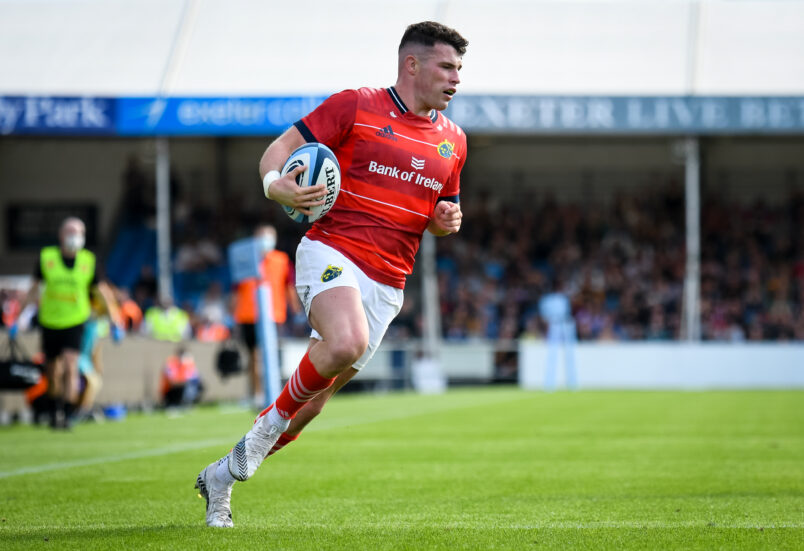 Calvin Nash is awaiting the results of a scan on his ankle. Inpho

The Munster squad are continuing their preparations at the HPC ahead of the upcoming two-week United Rugby Championship tour to South Africa.

The team and management will depart for South Africa this weekend ahead of our round six clash against the Bulls in Pretoria on Saturday, November 27.

Munster face the Lions on Saturday, December 4, in Johannesburg before returning to Ireland ahead of the Champions Cup opener away to Wasps in Coventry on Sunday, December 12.

26 players were in action for Munster A as they were 36-21 winners over the Connacht Eagles at UL on Friday. See full details here and scroll down for match highlights.

Damian de Allende was in action for South Africa as they defeated Scotland 30-15 at Murrayfield.

On the injury front, Calvin Nash injured his ankle during the Munster A game on Friday and is awaiting the results of a scan.

Gavin Coombes has returned to the Ireland squad having missed last week through illness.