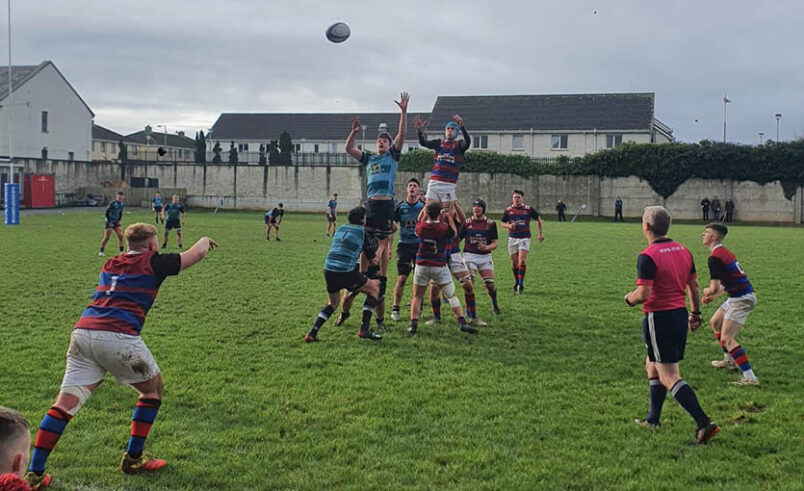 A busy week of schools rugby came to a close on Friday with one game taking place in the Pinergy Munster Schools Senior Cup.

It was an all-Limerick derby as St Munchin’s College and Castletroy College met at the Thomond Park back-pitch this afternoon.

St Munchin’s College are through to the quarter-final of the Pinergy Munster Schools Senior Cup where they will meet PBC after a hard-fought win over their Limerick rivals Castletroy College this afternoon.

It took almost a half an hour for the first score in this match to be registered as both teams defended superbly throughout.

On 27 minutes, Cillian O’Connor put St Munchin’s into a 3-0 lead with a well struck penalty.

Six minutes later, St Munchin’s crossed for what would prove to be the final score of the game when Ryan Naughton scored the only try throughout the 70 minutes of action. O’Connor was accurate from the tee once again to give the Corbally school a 10-0 lead.

Just before half-time, Castletroy almost hit back but they were held up over the St Munchin’s line in what proved to be a crucial piece of defending in the context of the game.

Midway through the second half, Castletroy enjoyed one of their most dangerous passages of play but St Munchin’s were able to survive the onslaught and relieve the pressure.

As the match edged towards its conclusion, Castletroy were keen to register something on the scoreboard but they were held up on the St Munchin’s line once again.

In what proved to be the final passage of play, the referee blew the whistle to signal the end of the game as St Munchin’s now look forward to a meeting with PBC.

Check out our roundups of all the week’s Schools Cup action below.

Please note there is a limited capacity at the back-pitch of Thomond Park. While passes are distributed across both schools, there are a limited number of general ticket sales available at the gate. We would advise all patrons to arrive early.