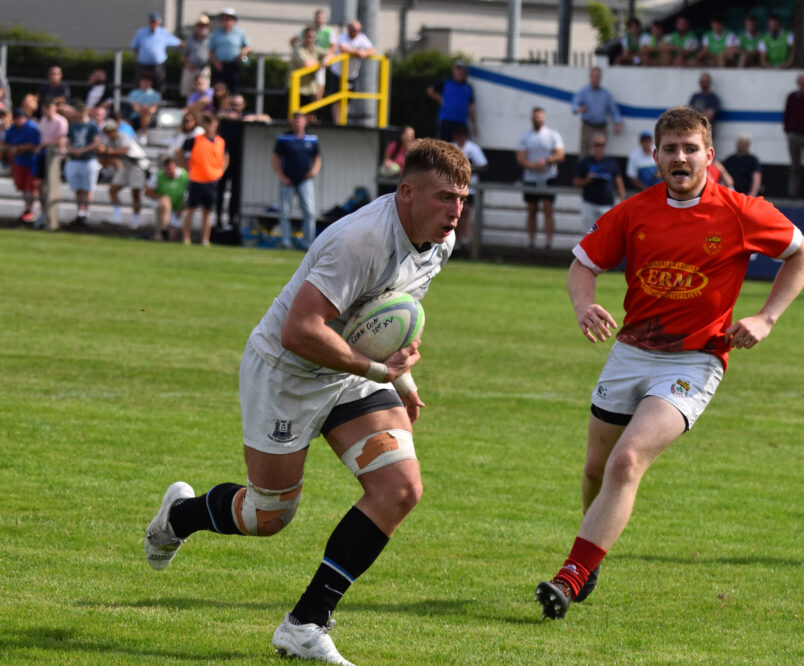 Cork Constitution and Young Munster face off in the AIL. Colbert O'Sullivan

Action also gets underway in Sections A and B of the Munster Junior League.

In Division 1A of the Men’s All Ireland League, last season’s semi-finalists Cork Constitution lock horns with Young Munster, who finished last season in sixth place, at Temple Hill.

Garryowen, who finished seventh, welcome Dublin University to Dooradoyle. The Dublin Students missed out on a place in last season’s play-offs by a single point.

Highfield, who looked certain of promotion last season are at home Banbridge, who defeated Navan in last season’s relegation play-off in Division 1B.

Also in Division 1B, UCC, who were relegated from Division 1A, travel to Belfast to take on Malone.

In Division 2A, Dolphin face a tricky task as they make the long trip north to take on last season’s promotion hopefuls Queen’s University at Dub Lane.

Cashel, who did the double over Queen’s University last season, entertain Navan, who were relegated from Division 1B.

Old Crescent travel to County Kildare to take on MU Barnhall and last season, both of these sides finished in mid-table.

Clonmel, who finished bottom of Division 2C last season, but won the relegation play-off against City of Derry, welcome Midleton to South Tipperary.

Bruff are at home to Omagh Academicals and both sides finished last season in mid-table.

Sunday’s Well, who turned things around in the second half of last season, are away to Bangor.

In the Women’s All Ireland League, UL Bohemian face a tricky task as they travel to Crowley Park to take on second-placed Galwegians. The Limerick side recorded a narrow 27-24 away win over Wicklow last time out with both sides scoring four tries and Wicklow also claimed a losing bonus point.

Ballincollig travel to Belfast seeking their first win as they take on Cooke, who were also beaten in their opening fixtures.

The game of the day in Section A of the Munster Junior League is the meeting of defending champions Newcastle West and 2020 winners Kilfeacle in West Limerick.

Last season’s runners-up Bandon are away to Thurles and Thomond welcome fellow former AIL side Clonakilty to Liam Fitzgerald Park.

The only local derby is the meeting of Crosshaven and Old Christians at Myrtleville Cross and Mallow entertain Richmond.

In Section B, Cobh Pirates welcome St Senan’s to the Paddocks and Fermoy entertain Dungarvan.