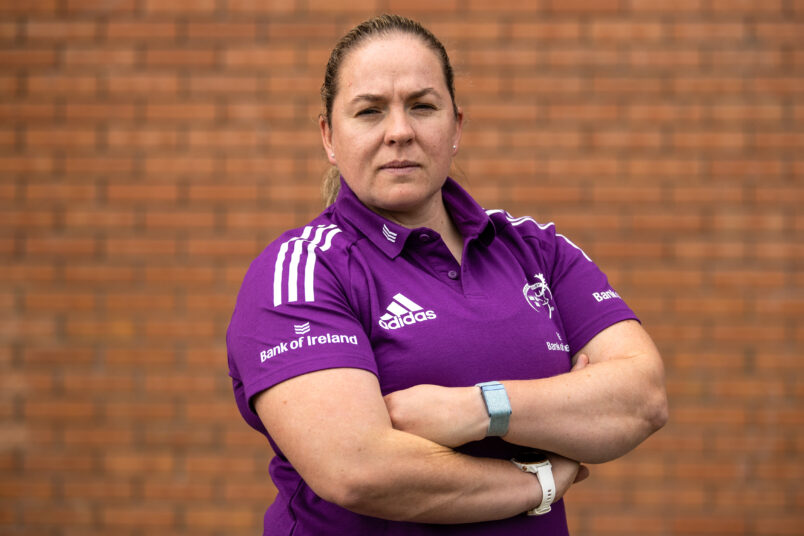 The coaching team for the Munster Senior Women’s squad has been confirmed ahead of the 2022/23 Women’s Interprovincial Championship.

The Munster Senior Women’s Head Coach for the campaign is Niamh Briggs.

Briggs has amassed plenty of coaching experience in recent times with the former Munster and Ireland out-half currently head coach of Women’s All Ireland League side UL Bohemian while also having the role of assistant coach with Ireland.

Hayes is the current Ballincollig head coach in the Women’s All Ireland League while the former Munster and Ireland forward was also the head coach of the Munster U18 Girls squad in the 2021/22 season.

Storey resumes his role as assistant coach with the former Munster prop having held that role with the Munster Senior Women’s squad for a number of years.

“It’s the next step in my progression as a coach but I’m more excited with the fact that I get to work with a brilliant bunch of players again with some really good coaches so I’m very excited.”

“That environment and the culture that Matt was growing was so good. It was a really enjoyable group to be a part of with the players incredibly hard-working and wanting to get better all the time. If they can bring that kind of attitude and work ethic again this year, it will stand us in good stead.”