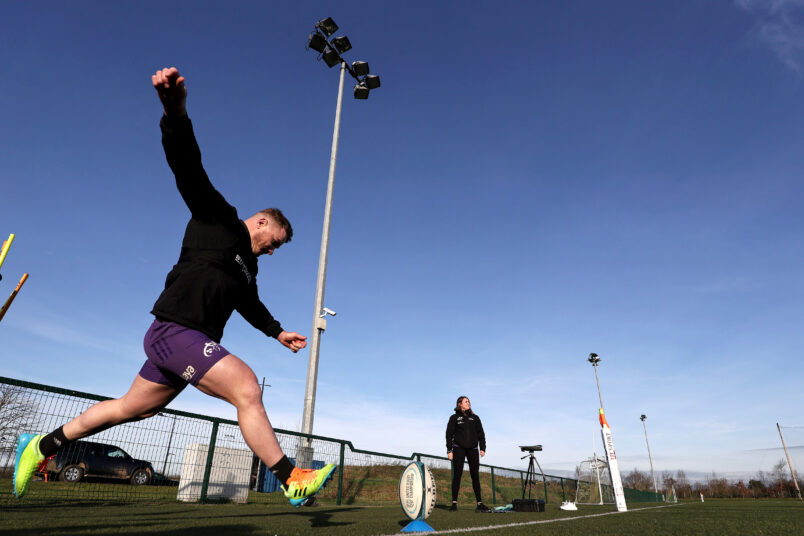 The Munster senior squad are on a down week following Saturday night’s victory over Zebre in Italy.

We are back in URC action away to Glasgow Warriors on Friday, February 11 (8.15pm), with the squad returning to training next Monday.

Munster are back at home against league leaders Edinburgh at Thomond Park on Friday, February 18. Buy tickets here.

Check out highlights and the best pics from the victory over Zebre here.

We have a Ticket Update as the Ireland U20s face Wales at Musgrave Park on Friday at 8pm, see details and buy tickets here.

See a round-up of the weekend’s AIL and domestic action here with results here.

Read our latest Squad Update after the win over Zebre and the weekend’s AIL action.

You can check out the best pics and all of the stats from our season so far with the province securing nine wins in 11 games so far.

We await team news from the Ireland senior men’s and U20s camps.

We will have full event information ahead of the Ireland U20s’ game with Wales on Friday night at Musgrave Park.

Supporters who wish to purchase a 2022/23 Season Ticket will be able to join our waiting list to receive priority access should they become available later this year.

We will have news from the Munster Rugby Dublin Dinner, which takes place in February.

The Ireland U20s face Wales at Musgrave Park at 8pm.

The Ireland Men face Wales at the Aviva Stadium at 2.15pm.