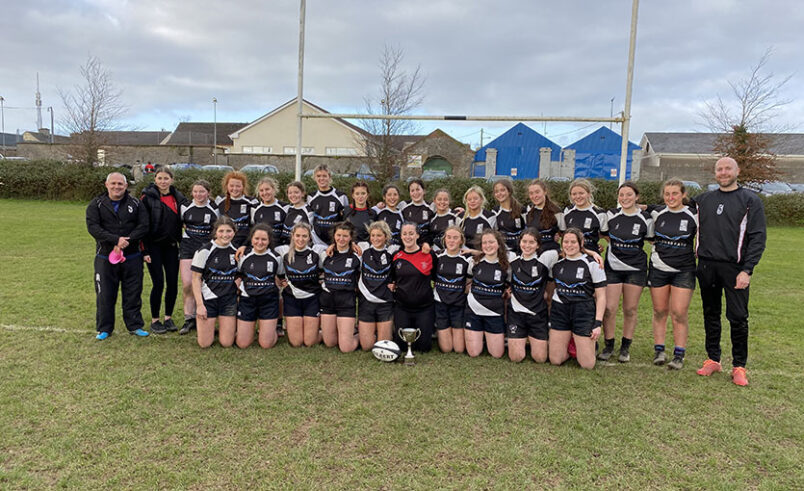 Ballina Killaloe U18 Girls won their first Munster League final on Saturday in a keenly fought and highly entertaining match vs Clonakilty RFC at Fermoy Showgrounds.

This is the first ever Munster title for BKRFC after previous Youths rugby success in North Munster competitions.

BKRFC started off the scoring with a well taken try from Player of the Match Tova McMahon, who burst through the Clonakilty defence after a quick tap penalty. Clonakilty were not for wilting, and immediately responded with a line break out wide on the right, their winger rounding the defence to score under the posts, and draw the game 7-7 with less that eight minutes played.

Ballina Killaloe, however, struck back straight away, regaining possession in the Clonakilty 22, and after a period of pressure, scoring out wide on the right. 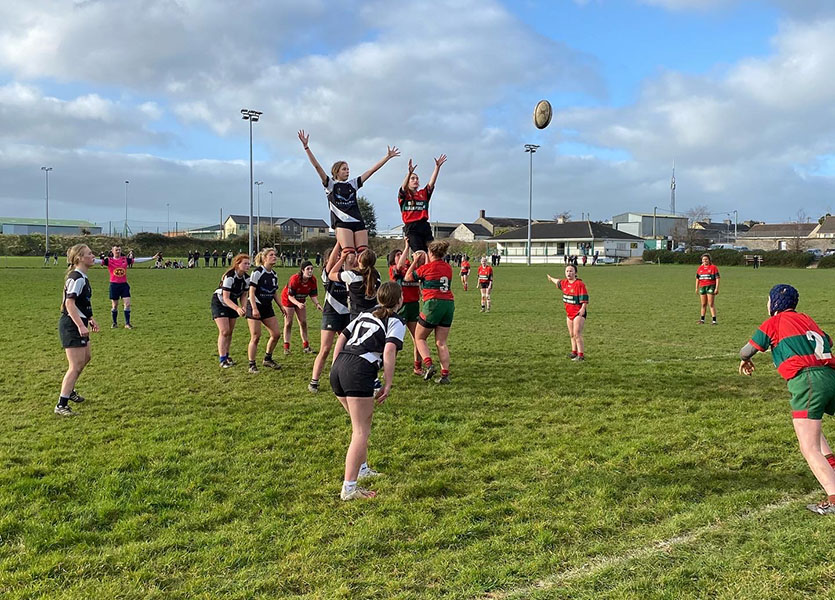 Ballina Killaloe and Clonakilty contest a lineout during Saturday’s Munster U18 Girls League final in Fermoy.

The half continued with Ballina Killaloe rebuffing Clonakilty pressure and twice breaking downfield, through good recycling, switching the play to the right and the left, scoring two more unconverted tries to leave it 22-7 going into the final play of the half.

A blindside break down the right by Rebecca Rogers powering through a couple of tackles to score under the posts finished an excellent half of rugby – 29-7 to Ballina Killaloe at the break.

Clonakilty were never going to give up, and the first 15 minutes of the second half saw continued Clonakilty possession and pressure in the Ballina Killaloe 22, with Clonakilty crossing the try line three times yet unfortunately not scoring thanks to last-ditch tackling and a never-say-die attitude from Ballina Killaloe, holding the ball up twice and forcing a knock on when a try seemed more than certain.

As is their want, Ballina Killaloe regained possession and slowly worked the ball up the pitch, through strong carries from all the players especially Tova at 7, Grainne Mahony at 10 and Robyn McKenna at 6, who put in a massive effort, scoring a great try as well as some last ditch defending, in holding out Clonakilty. In truth, all Ballina Killaloe players stepped up to the mark today, especially Zoe Loughran, who eventually succumbed to cramp near the end.

Two more Ballina Killaloe tries put a gloss on the final score, 39-7 but that’s not to say Clonakilty were outplayed, they fought to the bitter end, giving it all on the pitch and after.

Both sides are a great advertisement for Munster girls rugby.

Special mention to all the parents, families and supporters who made the trip to Fermoy, many thanks to all at Munster Rugby, and to Brendan Foley for presenting the Player of the match awards.