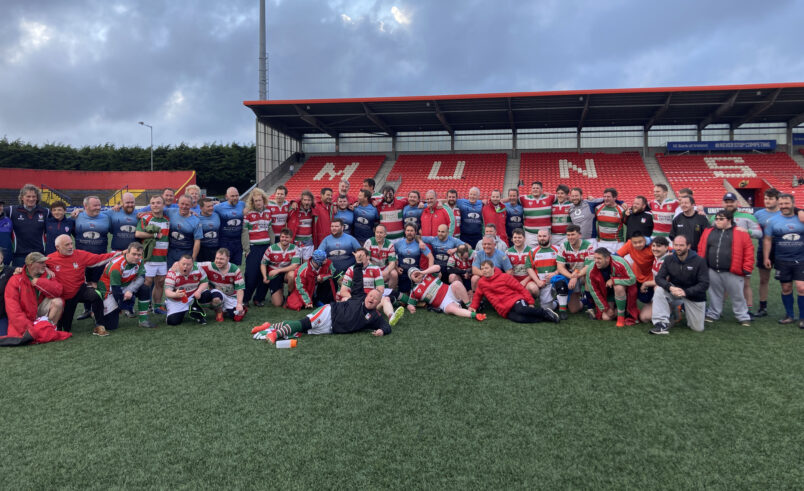 The Rebels were the first mixed ability rugby team set up in Ireland and the numbers have grown massively since their inception in 2013 as founder Alan Craughwell explained to Munster Rugby.

“We started here about eight or nine years ago with 13 guys and you can see, we have some sizeable squad now,” Craughwell said.

“We’re in the run up to the IMART World Cup, it’s the third edition. We were the inaugural winners in 2015 and we got to the final in 2017. I suppose the guys are optimistic, we’re in our backyard here, the home of Munster in Cork. The guys are very proud of being Sundays Well but very proud of being Munster men too. I’m sure they’ll want to do everybody in the province proud.”

Richie Philpott has the honour of captaining the team for their home World Cup and he explains what he loves most about mixed ability rugby.

“You’re part of the family and it’s as easy as that. There’s no judging, there’s no prejudice, you are as welcome as anyone and I love that, I really do.

“So I’m the first captain of the club to be captain in a World Cup year as hosts. I mean Ireland hasn’t done that so that’s a huge thing. So it’s a big, big honour and I intend to do everyone proud.”

Watch our interviews with Alan Craughwell and Richie Philpott below:

To find out more about IMART 2022, please click here.