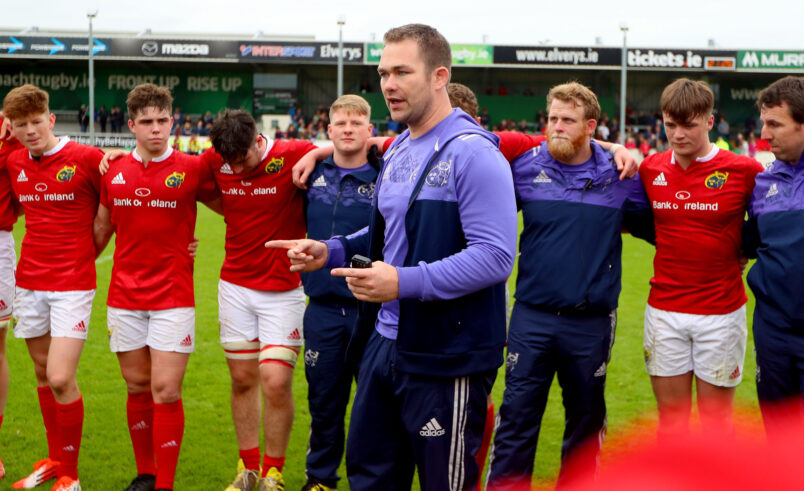 The coaching teams for Munster’s age-grade representative sides for this summer’s interprovincial series have been confirmed.

The U18 Schools head coach for the campaign is Coach & Player Development Officer, Fiach O’Loughlin. Fiach was head coach of the Munster U19s last year and the former Shannon scrum-half and captain has extensive coaching experience which includes head coach roles with both the Munster U18 club and school sides and the Ireland U18 club side.

The U18 Clubs head coach will be Coach and Player Development Officer Noel O’Meara. O’Meara coached both the Munster U18 Clubs and U18 Schools sides last season and has considerable experience coaching Munster underage representative sides.

Tom Fogarty will once again act as team manager.

Shubart will be supported by Emmett O’Callaghan and Brian O’Dowd. Women’s Development Officer Rosemary Dillon will take up the role of team manager.

Further appointments for the respective squads above will be made before the commencement of the summer programme.

The coaching team for the senior women’s squad will be confirmed in due course.