Irish Colleges Have It All To Play For 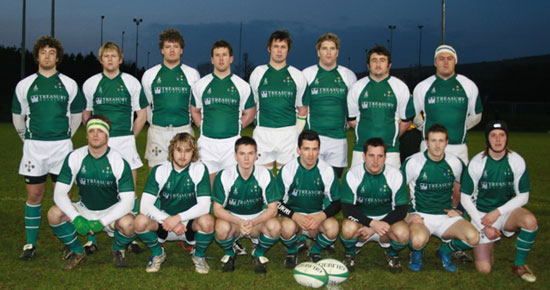 The defeat by England Students over the Scottish Universities, by 42 pts to nil on Friday last, will certainly be very much in the mind of the Irish Colleges side when they take to the field for their final match in the Four Nations Students Rugby Tournament, on Friday night at Henley-on -Thames-kick off 8pm.

With two wins from two games, Irish Colleges will address this final game with confidence and are determined to return home with the Gran Slam accolade.

The Irish Colleges had the perfect start to their current campaign in this inaugural "Four Nations Colleges Student Rugby Tournament", when they defeated the UK Combined Forces U23’s by 40 pts to nil in London in mid February. Colleges also defeated the Scottish Universities by 45 pts to 8 pts at the University of Ulster, Jordonstown, in their more recent game.

The English Students are recognised as the top student team in the United Kingdom in recent years, and will certainly have strength in depth, mainly due to their large playing base.

Irish Colleges have an affiliated membership of thirty nine Colleges and Universities. Colleges have always seen the importance of the domestic playing programme, and a college’s representative programme. Indeed the original committee were instrumental in getting all four nations involved, and becoming outright winners, in the first competition in 1988.

In past years Colleges have played many representative sides, students and otherwise. They have played the Japanese Universities, South African Technicons, Holland U 23’s and Belgium U 21 teams, and more recently, the Canadian U23 team.

"We are delighted that our team have done so well in their first two games, and we are particularly pleased that both the French students and Welsh students have shown an interest in participating in next year’s tournament” comments Moss Dineen, who has a long involvement in Irish Colleges, having recently combined the dual role of President of Irish Colleges with that of President of City of Derry Rugby Club.