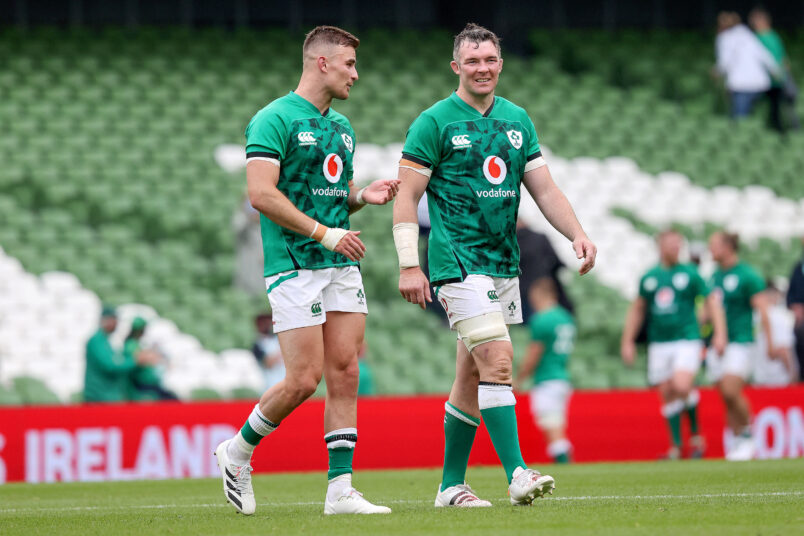 We have another busy week in store with big news on the coaching front for our Women’s and U18 Girls sides as Munster players will be lining out for Ireland, the Ireland U20s and the British & Irish Lions.

See what’s coming up below.

The coaching teams for the Munster Women’s and U18 Girls were confirmed ahead of the Interprovincial Championships. See full details here.

The latest news from the Irish Rugby camp sees Chris Farrell and Peter O’Mahony released from the squad. Farrell (HIA) will be managed by Munster’s medical team while O’Mahony commences his off season.

Take a look back at some of CJ Stander’s many, many highlights with Munster and Ireland here.

The British & Irish Lions team to face Sharks on Wednesday has been named with Tadhg Beirne and Conor Murray among the replacements. See full team news here.

We will have the latest team news from the Ireland U20s ahead of their clash with Italy at the Cardiff Arms Park on Wednesday.

There will also be photos and videos from Ireland’s win over Japan on Saturday on our social media channels.

We have highlights of James Cronin’s time at Munster as the prop departs the province this summer.

The Ireland U20s take on Italy at 2pm in Wales.

The British & Irish Lions face the Sharks with a 6pm kick-off in Johannesburg.

We await team news from Irish Rugby and the British and Irish Lions ahead of their respective weekend fixtures against the USA and the Bulls.

The deadline for Associate Members of the MRSC to renew for next season is 4pm on Friday. See full details here.

The British & Irish Lions face the Bulls in Pretoria at 5pm Irish time.

Ireland take on the USA in Dublin with a 7.15pm start.