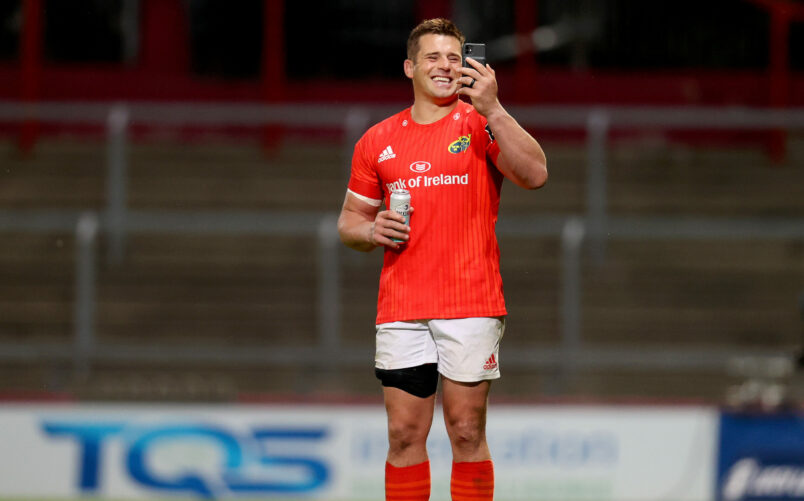 CJ Stander on a video call to his family after his final game at Thomond Park. Inpho

CJ Stander departs the province and retires this summer with the powerful back-row forward making an indelible impact on Munster Rugby since arriving in 2012.

Stander also made 51 appearances for Ireland, winning the Grand Slam in 2018, and toured with the British & Irish Lions in 2017.

He won countless individual awards in a brilliant career that started in his native South Africa with the Blue Bulls.

Watch some of his many, many highlights below.

Beirne And Murray In Lions Squad For Sharks Clash