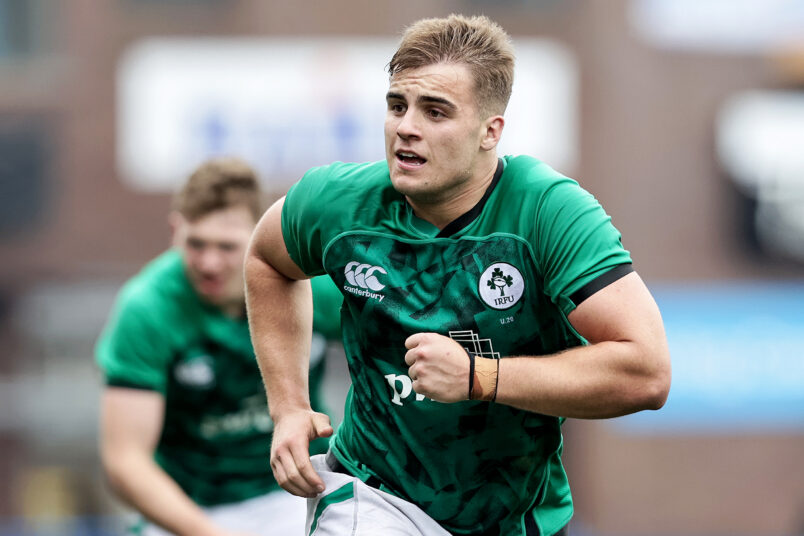 Ireland U20s captain Alex Kendellen led the side with a Player of the Match performance on Saturday with the side in action again on Saturday. Inpho

There is plenty happening across munsterrugby.ie and our social media channels this week, see what’s coming up below.

The 10 Munster players named in the Ireland squad for the Vodafone Summer Series join the camp this week with the side facing Japan on Saturday, July 3, and USA on Saturday, July 10, in Dublin. See squad details here.

We have news of a new Youth Leader Rugby Programme for males and females aged 16-18 years. see full details here.

We take a look at Tommy O’Donnell’s career highlights as he retires from the game after making a combined 200 appearances for Munster and Ireland. Watch his highlights here.

We will have a reminder for MRSC members of the deadline to the Season Ticket renewal period ahead of the 2021/22 campaign with full details here.

Watch Nick McCarthy’s highlights from his time at the province as the scrum-half departs for Leinster after two years with Munster.

We will be promoting this summer’s Munster Rugby Excellence Camps with full details here.

There will be a look back at all of the stats and landmarks from the past season along with the best pics from 2020/21.

We will have an update on Munster Rugby’s Big Quiz fundraiser that took place recently with all money raised going to our nominated charities — the Cope Foundation and Bumbleance Children’s Ambulance Service.

We await news from the British and Irish Lions camp ahead of their clash with Japan on Saturday in Scotland.

Get the latest news on the province’s young players with June’s Academy Update.

Watch JJ Hanrahan’s best moments from his time at Munster as the out-half makes the move to Clermont this summer.

We await team news from the Ireland U20s ahead of their clash with Wales.

We will be promoting the Bank of Ireland Summer Camps, that are taking place in 22 venues across the province. See full details here.

The Ireland U20s take on Wales at Cardiff Arms Park in their second game of the Six Nations at 8pm (live on RTÉ).

The British and Irish Lions take on Japan in Murrayfield at 3pm.