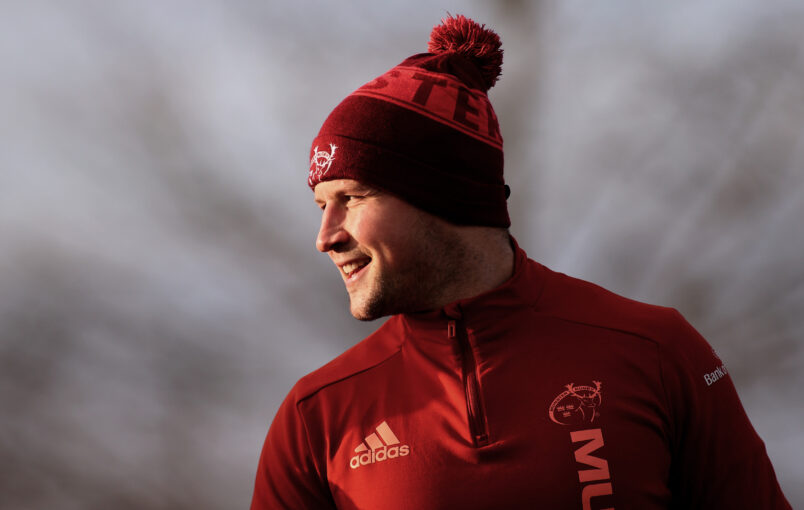 Fineen Wycherley is named in an Ireland squad for the first time. Inpho

Ireland Head Coach Andy Farrell and the coaching team have named a 37-man Ireland squad for the Vodafone Summer Series which features two Tests in July against Japan and the USA at the Aviva Stadium.

10 Munster players are included (five backs and five forwards) as Bantry’s Fineen Wycherley is named in an Ireland squad for the first time with the uncapped Gavin Coombes also included.

Tadhg Beirne and Conor Murray have both joined the British & Irish Lions squad ahead of their tour to South Africa.

Andy Farrell, Ireland head coach, said, “We now have two games at home to focus on which will be a good challenge for the group.  Japan played the Sunwolves at the weekend and will play the Lions the week before we play at the Aviva Stadium and we know the quality of their squad from the World Cup.  We will assemble as a squad on the 22nd June and begin our preparations for the two games.

“I know the players will come in eager to make the most of this opportunity to pull on the green jersey and play in front of supporters for at the Aviva Stadium for the first time in 18 months.

“Johnny (Sexton), Cian (Healy) and Keith (Earls) will not be involved in this window as we grow the experience of other players. It will be a great opportunity to see can this group perform at this level.”

Both games will be broadcast live by RTÉ and Channel 4.