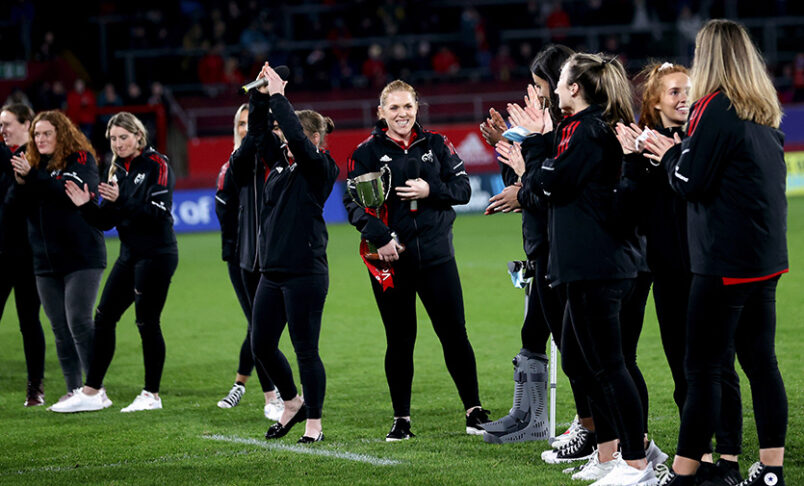 Sarah Quin, captain of the Munster Senior Women’s team who won the 2021 Vodafone Women’s Interprovincial Championship, says the squad are “absolutely thrilled and delighted” with their recent achievement.

In September, Munster won the Women’s Interprovincial Championship for the first time since 2017 after three successive victories over Ulster, Connacht and Leinster.

Across the three games, head coach Matt Brown handed 12 players their senior Munster debuts which is illustrative of the female player pathway which is in place in the province. 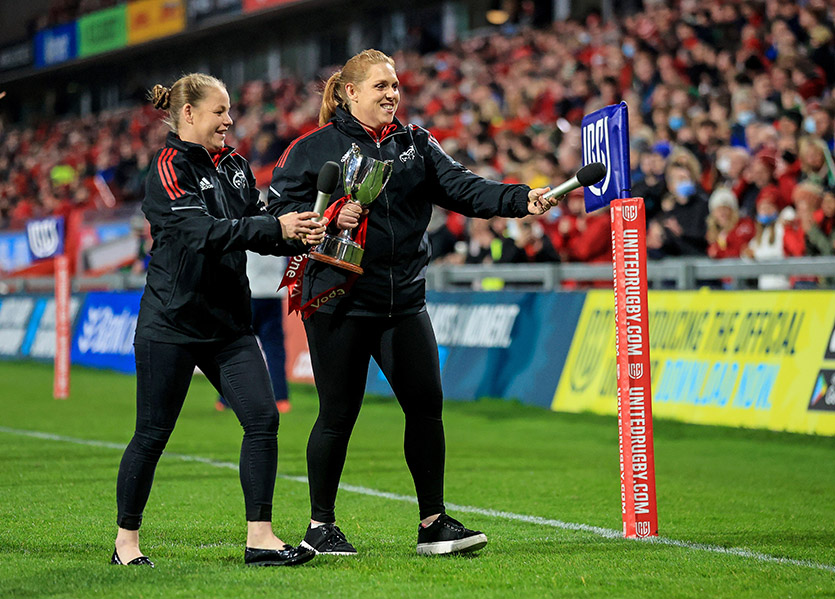 Quin, vice-captain Nicole Cronin and the rest of the squad were presented to the Thomond Park crowd on Saturday during the half-time interval to thunderous applause.

Quin and Cronin were both interviewed on the pitch with the captain explaining how some members of the squad had to wait four years to get their hands on the trophy again.

“It was absolutely brilliant,” Quin said.

“We’ve waited four years to lift it, because of Covid we missed a year but for some of us we waited three years and for a lot of people it was their first time lifting the cup. We’re absolutely thrilled and delighted.”

Cronin said the belief the squad had in their own gameplan and preparation were key to securing the come from behind victory against Leinster which ultimately sealed the championship. 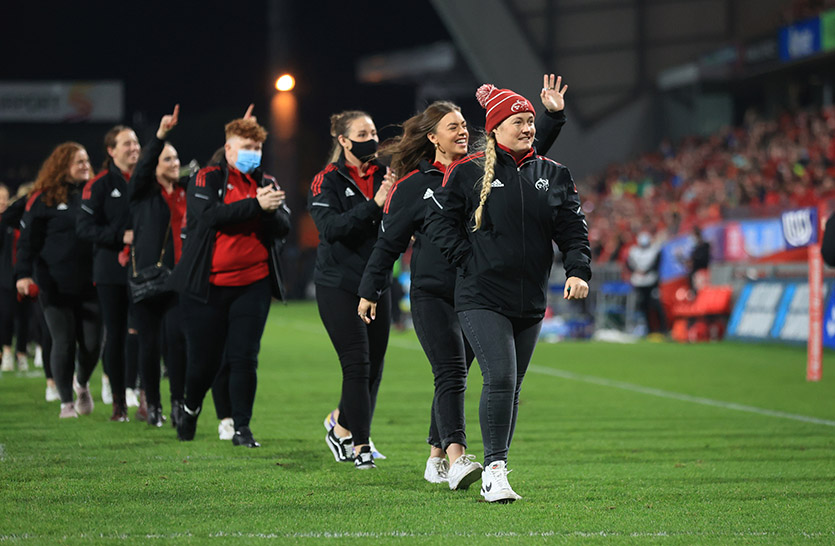 The Munster Women’s squad wave to the crowd ©INPHO

“To be honest, we trained as if it was any other game but there was probably a bit more nerves and excitement amongst us,” Cronin said.

“But we felt that if we trusted the process and put a performance together, we would beat anybody in the series.”

With 12 players making their debuts at this level, Quin made sure to thank the countless number of volunteers who ensure a healthy girls and women’s game exists in the province, in addition to former players Fiona Hayes, Mairead Kelly and Niamh Briggs who have all held coaching roles in some capacity with Munster senior and age-grade teams.

“I wanted to give a massive shoutout to the women’s committee, to all the volunteers and of course to Fi Hayes, Mairead Kelly, Niamh Briggs – all the girls who’ve put work in to bring those girls on.”

Before departing the pitch, Quin had an important message to any young girl who is interested in taking up the sport.

“Just go to your club, pick up a ball and just give it a try and if you love it, absolutely keep going.”