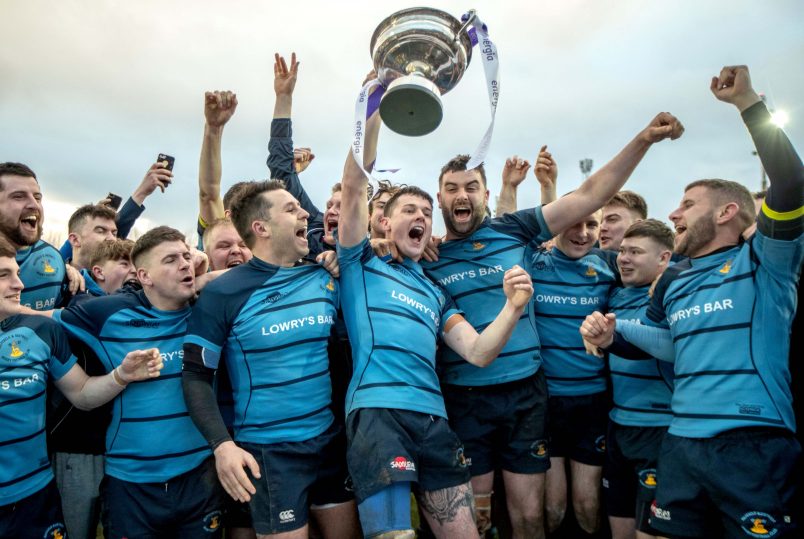 Kilfeacle and District progress in the All Ireland Junior Cup Inpho

Thomond suffered a shock 15-13 home defeat to Connemara in the opening round of the All Ireland Junior Cup. The visitors took an early 8-0 lead, but Darragh O’Neill brought Thomond back into the game with a try which Adam Guerin converted. A converted try just before half time gave Connemara a 15-7 half time lead. Despite all their endeavours Thomond’s only response were two Guerin penalties.

Holders Kilfeacle had to pull out all the stops to overcome Creggs 9-8 at the Co. Galway venue. A Kevin Gavin try opened the scoring for the home side but a Willie Staunton penalty made it 5-3 at the interval. Creggs increased their lead with a penalty but two late penalties from Staunton saw the Tipperary side advance.

Newcastle West booked their quarter final place with a 24-6 away win over Tuam. Michael Burke and Jason Woulfe scored tries for the west Limerick side and Charlie O’Doherty kicked four penalties and a conversion.

In the other four ties all Leinster sides lost to Ulster opposition.

The top game in the Women’s All Ireland League saw the top two sides meet at Willow Lodge where second placed Railway Union had a convincing win over leaders U.L. Bohemian 37-10.

The Dublin side were 17-0 up before Nicole Cronin opened the visitors account with a penalty just before half time. A try from Sarah Quin converted by Cronin closed the gap to seven points early in the second half, but three more tries from the home side saw them take maximum points. 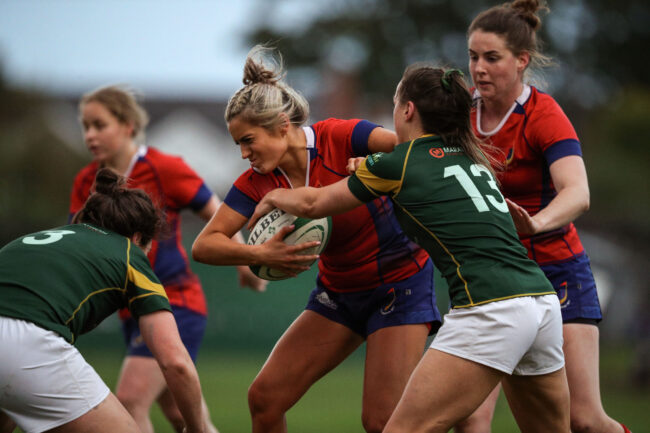 Ballincollig suffered a heavy 75-0 defeat away to Old Belvedere at Ollie Campbell Park.

In the Women’s Munster League Division 2 Skibbereen won the west Cork derby with a 42-12 away win at Bantry Bay. Jasmine Kiley scored two tries for the winners and Vivienne O’Donovan, Averyl Condell, Kate O’Driscoll and Nicolle O’Brien got one each.

Waterpark recorded their first win of the season with a 53-19 away win over Ballincollig at Tanner Park. The winners scored nine tries with Alisha Flynn scoring four, player of the match Jade Shanahan scored three, with Kate McGrath and Chloe Beukes getting one each. Beukes kicked four conversions.

Scariff recorded their second win in Group C of the Men’s Munster Junior League with a 10-3 away win over Mitchelstown to move up to second place in the table. All the scores came in the opening half with Cathal Noonan scoring a try for the Clare side and Luke Abbott converted and also added a penalty. Seán Coughlan replied with a penalty for Mitchelstown.

Garryowen FC booked their place in the Bank of Ireland Munster Senior Challenge Cup Final with details of their semi-final win against Cashel here.

Click here for the results from around the province.