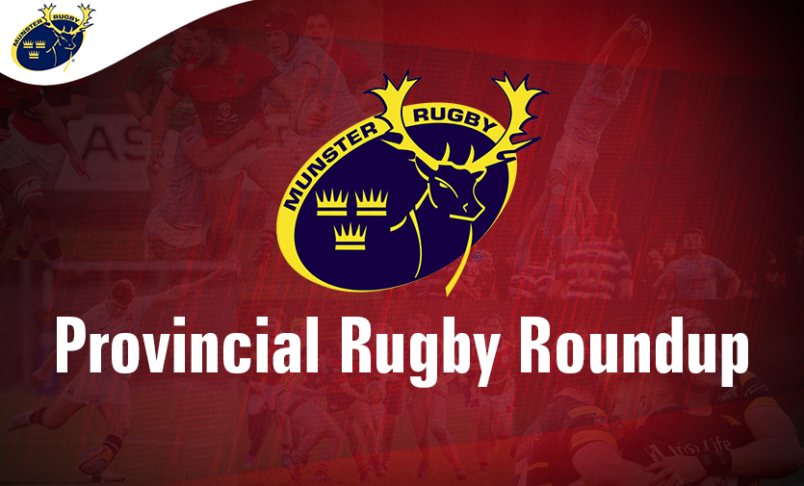 With just two rounds of games remaining in Section A of the Munster Junior League, the race for the Junior League title and a top four finish are still there to be won.

Bandon still retain top spot after their narrow 6-3 away win over Thomond. Adam Guerin gave Thomond the lead with a penalty but two penalties by Ben Ridgeway just before half time gave the west Cork side a lead that they held on to in an exciting second half.

Newcastle West are now Bandon’s main challengers as they moved to within three points of the leaders after their 31-0 home bonus point win over Waterpark. James Kelly scored three of the winner’s five tries with Alex O’Halloran getting two. Charlie O’Doherty kicked three conversions.

Defending champions Kilfeacle defeated Old Christians 21-10 to maintain their hopes of a top four finish. Kevin Kinnane and Cormac Ryan scored tries for the Tipperary side and Gavin Heuston converted both. They were also awarded a penalty try. Cian Smith and Jimmy Ahern replied with tries for the Rathcooney side.

In Section B the battle to avoid the bottom three places hots up as a try and conversion by John Kerins with the last play of the game earned Galbally a 7-3 away win at Skibbereen. Jack Driscoll kicked a penalty for Skibbereen.

Crosshaven got back to winning ways with a 17-3 home win over St. Senan’s. Mike Collins scored two tries for the winners and Sean Scriven got the other try. Keelan Daly kicked a conversion and Declan Rowe replied with a penalty for the Clare side.

In Section D both Cobh Pirates and Killorglin eased their battle at the foot of the table with bonus point wins.

Cobh Pirates defeated Scariff 27-0 with two tries from Ben Kennedy and one each from Emmet O’Sullivan and Cian Ahern. Rory Pearce converted two of the tries and also added a penalty.

Killorglin were 27-3 home winners over Ennis. Rob Lynch, Fionan Sullivan, Cormac Doyle and Seamus Doyle scored tries for the Kerry side and Luke O’Shea added two conversions and a penalty.

Tralee defeated Waterford City 8-3 with a try by Tom Healy and a penalty from Seamus Lyne.

In the Women’s Division 2 League, Skibbereen maintained their place at the top with a 44-12 away win over second place Waterpark.