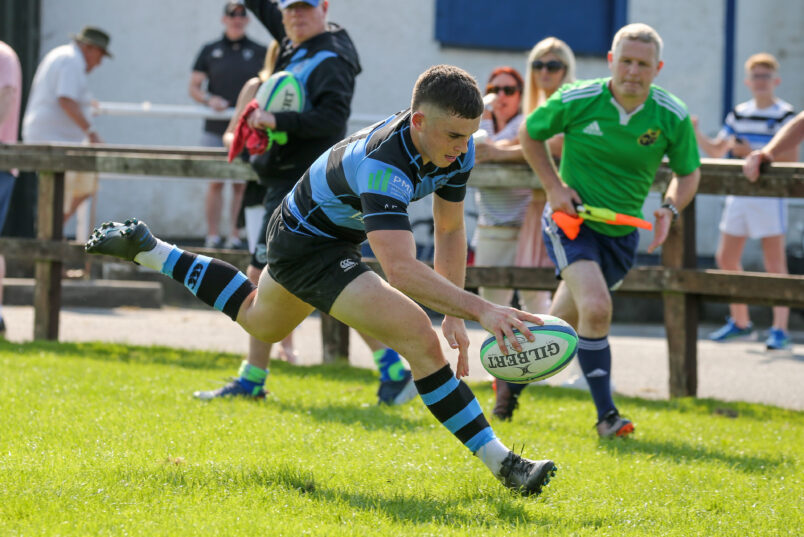 The curtain comes down on the All Ireland League this weekend, with the finals across all five divisions down for decision, together with the second legs of the relegation play-offs.

Shannon are the only Munster side in action in an All-Ireland League decider as they go head-to-head with Naas at Coonagh to determine which side will be promoted to the top flight.

Shannon ran out 25-19 winners over early pacesetters Highfield at Woodleigh Park in their semi-final.

Naas, who finished fourth, have qualified for this decider on the back of a surprise 37-36 victory over table toppers Old Wesley at Energia Park.

The County Kildare side won both group games against Shannon and claimed maximum points on both occasions. Naas ran out 35-29 winners when these sides met at Thomond Park in November and Shannon claimed two bonus points as they scored four tries. The County Kildare side won January’s corresponding fixture 38-29 and Shannon also scored four tries to claim a bonus point.

UCC, who were narrowly defeated 21-17 by Ballynahinch in the first leg of their Division 1A relegation play-off, travel to County Down, looking to overturn a four-point deficit if they are to preserve their top flight status.

The Leeside Students are also travelling to the same venue at which they recorded their only win of the past campaign as they ran out 10-6 winners over Ballynahinch in November. The County Down side won February’s corresponding fixture at the Mardyke 19-9.

The North Tipperary side will be looking to make the most of home advantage in their bid to avoid the drop as they put up 38 points without reply when these sides met at New Ormond Park in February. The County Derry side won November’s corresponding fixture 24-12.

Clonmel, who are looking to preserve their All Ireland League and Senior status, make the long trip to Foyleside for the second leg of their Division 2C relegation play-off against City of Derry. The South Tipperary side hold a 16-point advantage as they ran out 33-17 home winners in the first leg.

Clonmel claimed maximum points from their 27-12 home win over the Ulster side at Fethard in February and they returned with a losing bonus point from November’s 9-6 defeat at Judge’s Road.

The second series of games in the Junior Interprovincial series takes place this weekend.

Munster, who were narrowly defeated 19-17 by Connacht in Killarney, are in action in Kerry for the second successive weekend as they welcome Ulster, who defeated Leinster 21-10 in their opener in Carrickfergus, to Tralee.

There are also a handful of Junior finals down for decision across the province.

The standout game is the Bank of Ireland Munster Junior Cup decider between Young Munster and Thomond, which takes place at Takumi Park on Sunday.

Young Munster, who won the trophy on eight previous occasions, are looking to bridge a six-year gap, with their last triumph in 2016. They surrendered the trophy to first-time winners Bandon the following year. Thomond are looking to win the trophy for the eighth time and their last success was the last of a three-in-a-row in 1991.

In North Munster, Garryowen and Shannon lock horns in the Carroll Plate decider at Kilballyowen Park in Bruff on Thursday evening.

There are two finals down for decision in South Munster on Friday evening.

Mallow and Muskerry go head-to-head in the George O’Connell Cup decider at Rathcooney and Dunmanway take on Old Christians in the McCarthy Cup final in Bandon.