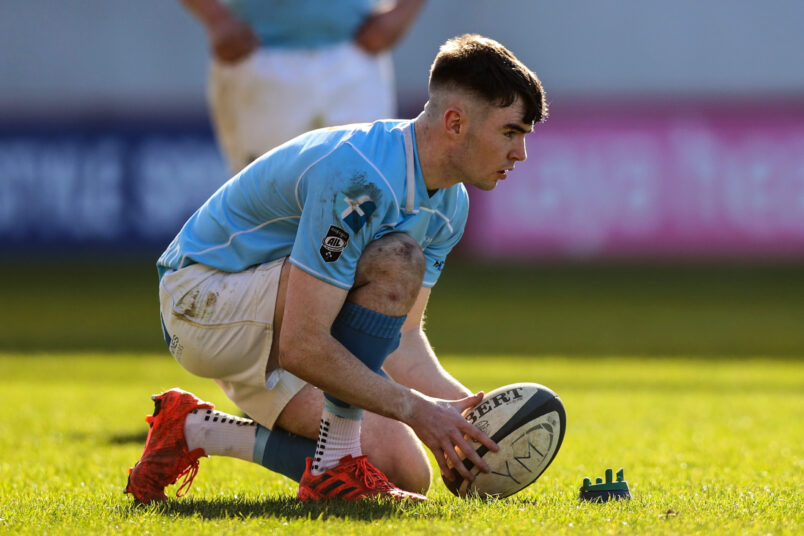 The All Ireland League resumes after a three-week break with just three rounds of games remaining and points are crucial at this stage of the competition.

Cork Constitution, who are fourth in Division 1A of the All Ireland League, welcome leaders Clontarf to Temple Hill. The Lilywhites will be looking to make the most of home advantage count in a bid to maintain their challenge for a top four finish, following their 32-27 defeat by Dublin University at College Park, from which they claimed a losing bonus point. The Dublin side ran out 12-11 home winners over Terenure College last time out and they won November’s corresponding fixture at Castle Avenue 31-24. The Temple Hill side also returned from their visit to Castle Avenue with a losing bonus point.

Young Munster, who are fifth and three points adrift of Cork Constitution, travel to the capital to take on third-placed Terenure College at Lakelands Park. The Limerick side go into the tie on the back of a 39-24 home win over Lansdowne, from which they claimed all points on offer. They defeated Terenure College 19-7 when these sides met at Tom Clifford Park. The Dublin side were narrowly defeated 12-11 by Clontarf in their last game.

UCC, who are propping up the table and will be contesting the relegation play-offs with Ballynahinch, face a tough assignment as they travel to Dublin to take on second-placed Lansdowne at the Aviva Stadium. The Leeside Students were defeated 33-12 by UCD in their Colours Match and they were also defeated 31-15 when they met Lansdowne at the Mardyke. Lansdowne go into the tie on the back of a 39-24 defeat by Young Munster in Limerick.

There will be little more than pride at stake at Belfield where eighth-placed UCD host Garryowen, who are seventh, as both sides are assured of top flight status for next season. Garryowen defeated Ballynahinch 29-26 at Dooradoyle last time out, following a poor run of three successive defeats. UCD go into the tie on the back of a 23-12 away win over UCC, while Garryowen won October’s corresponding fixture in Limerick 26-13.

In Division 1B, second-placed Highfield travel to County Kildare to take on Naas following their maximum point 29-13 home win over Malone. Naas are fourth following their 29-19 defeat by Old Crescent in Limerick and Highfield ran out 38-3 winners in October’s corresponding fixture.

Shannon, who have climbed up to third following their 33-22 away win over Old Belvedere, welcome sixth-placed City of Armagh to Thomond Park. The Ulster side are ten points adrift of the top four and they ran out 21-10 home winners over St Mary’s College in their last game. They also won October’s corresponding fixture at the Palace Grounds on a 23-20 scoreline, resulting in a losing bonus point for Shannon.

Cashel, who are second in Division 2A, lock horns with UL Bohemian, who are eighth at the Spafield. The Tipperary side go into the tie on the back of a 24-21 defeat by bottom side Rainey Old Boys in Magherafelt, while UL Bohemian recorded a valuable 30-24 home win over Nenagh Ormond, who are second form bottom. This leaves UL Bohemian nine points clear of the drop zone. Cashel will be looking to make the most of home advantage count in a bid to avenge October’s 18-14 defeat at the UL Arena, from which they returned with a losing bonus point.

Dolphin, who took another step closer to safety following their 47-26 maximum point away win over Ballymena, will have their work cut out as they lock horns with leaders Queen’s University at Musgrave Park. The Belfast Students go into the tie on the back of a 26-15 home win over MU Barnhall and they put up 60 points without reply when they met the Leesiders in Belfast. This was also Dolphin’s first defeat, following a promising start to the campaign in which they won their first two games.

Sixth-placed Old Crescent welcome Ballymena to Takumi Park, with six points separating these sides. Old Crescent ran out 24-17 home winners over Buccaneers last time out, while the County Antrim side were defeated 47-26 by Dolphin at Eaton Park. Ballymena won October’s corresponding fixture 29-25 and the Limerick side returned home with a losing bonus point.

Struggling Nenagh Ormond, who are ninth, face a tricky task as they welcome third-placed Buccaneers to North Tipperary. Both sides claimed losing bonus points from their last games against UL Bohemian and Old Crescent respectively, which both took place in Limerick. The Athlone side ran out 26-14 home winners, when they met Nenagh Ormond at Dubarry Park in October.

Fifth-placed Midleton, who are ten points adrift of fourth-placed Tullamore in Division 2C, welcome third-placed Bangor to East Cork. Midleton were defeated by 33-22 by Bruff at Kilballyowen Park last time out, while Bangor go into the tie on the back of a 41-25 home win over City of Derry. The County Down side won October’s corresponding fixture 24-14.

Clonmel, who are propping up the table following their 40-10 defeat by Skerries will be looking to make the most of home advantage count as they welcome Bruff to South Tipperary. Bruff go into the tie on the back of a 33-22 home win over Midleton, while October’s corresponding fixture in County Limerick ended in a 14-14 draw.

Sunday’s Well have climbed out of the drop zone following their valuable 46-12 maximum point home win over Omagh Academicals. They make the long trip north to Foyleside to take on City of Derry, who have slipped into the drop zone following their 41-25 defeat by Bangor in County Down. The Foylesiders ran out 20-14 winners when these sides met at Musgrave Park and Sunday’s Well claimed a losing bonus point.

In Round Four of the Bank of Ireland Munster Junior Cup, Highfield continue their defence of the trophy as they travel to Coonagh to take on Shannon, whose last triumph was in 2015. The winners will be rewarded with a home tie in the quarter finals against Newcastle West or Thomond, who meet in West Limerick. Newcastle West have collected two pieces of silverware in recent weeks, namely the Munster Junior Clubs’ Challenge Cup and the Munster Junior League title for the first time. It was their first time winning both of these trophies. Thomond have seven Junior Cup titles to their credit with their last triumph in 1991, which was the last of a three-in-a-row sequence.

Bandon, whose only triumph was in 2017, welcome eight time winners Garryowen to Old Chapel. The winners will be at home to 2002 winners Kilfeacle or UL Bohemian, who meet in West Tipperary.

There are also two Rebel County derbies. Kanturk lock horns with near neighbours Mallow at the Duhallow venue and the winners will have home advantage against 1965 winners Old Christians or Muskerry, who meet at Rathcooney.

Midleton entertain Ballincollig in the quarter finals of the Bank of Ireland Munster Junior Plate and the winners will be at home to 2003 winners Cobh Pirates.

Fermoy host three-time winners St Mary’s at the Showgrounds and the winners will be at home to Thurles or Killorglin, who meet in the Premier County.

There are two quarter finals down for decision in the Munster Junior Bowl.

Waterford City, who won the trophy in 2013 are at home to Douglas and the winners will be at home to Castleisland.

Chorca Dhuibhne welcome Dolphin to the West Kerry Gaeltacht and the winners will travel to East Clare to meet Scariff.

On Friday evening, Crosshaven travel to County Limerick to take on Galbally in Section B of the Munster Junior League. A maximum point win would see them overtake Clanwilliam in pole position on the head to head as they ran out 19-14 home winners over the Tipperary Town side last time out. Galbally, who are propping up the table, were defeated 28-13 by Clonakilty in West Cork.

On Sunday in Section C, Charleville entertain Dungarvan at Smith’s Road with both sides coming off the back of defeats by Thurles and Fermoy respectively.

In Section D, Mitchelstown are at home to Cobh Pirates, with the Pirates assured of not slipping down the rankings following their bonus point 28-15 home win over Ennis. Mitchelstown were defeated 37-10 by Killorglin in the Kingdom last time out.

Youghal will be looking to maintain their challenge for a higher ranking as they welcome Killarney, by whom they were defeated 13-0 in the Kingdom in November, to East Cork. The Seasiders are 13 points behind unbeaten leaders Castleisland and they claimed ten points from their comprehensive 50-15 victory over Chorca Dhuibhne at Musgrave Park, in a unique game with double points awarded. Killarney’s last game was a 24-15 home defeat by Castleisland.