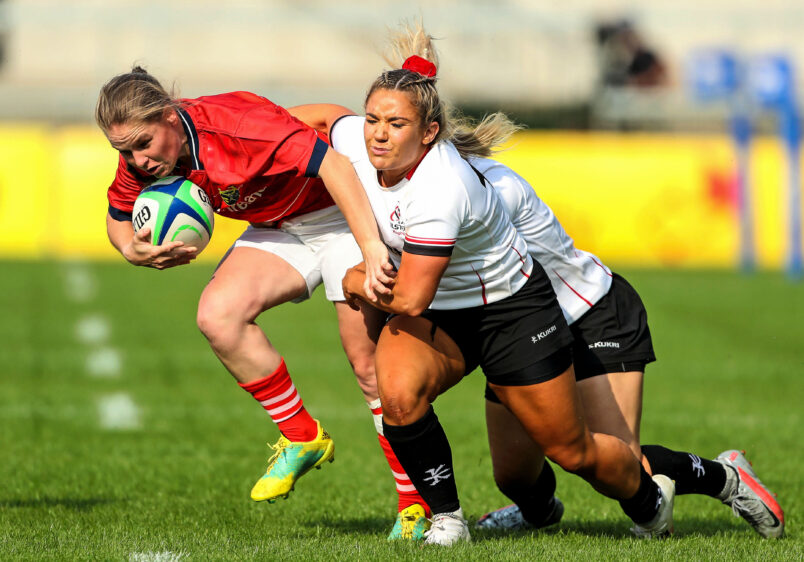 Nichola Fryday will captain Ireland for the Round 1 clash in Dublin, with three uncapped players included in the Match Day 23.

Aoibheann Reilly has been named to start at scrum-half having impressed for Blackrock College during the All-Ireland League season, while forwards Christy Haney and Anna McGann are set for their first Test caps off the bench.

In his first game in charge, McWilliams has opted for an exciting blend of youth and experience in his side having worked closely with the extended squad during a series of preparatory camps at the IRFU High Performance Centre.

Linda Djougang, Neve Jones and Katie O’Dwyer are named to start in the front row, with Sam Monaghan joining newly-appointed captain Fryday in the second row.

Dorothy Wall has returned from injury having missed last Autumn’s November Series to start at blindside flanker, with Edel McMahon selected at openside and Brittany Hogan at number eight.

Reilly, who has featured on the HSBC World Rugby Sevens Series for Ireland, partners Nicole Cronin in the half-backs, with the Limerick native returning to the green jersey to win her 17th Test cap.

There is a new-look centre partnership with Stacey Flood linking up with Eve Higgins in midfield, while Lucy Mulhall, Amee-Leigh Murphy Crowe and Eimear Considine make up an exciting back three.

Haney and McGann are among the replacements tasked with making a big impact, with Emma Hooban, Chloe Pearse and Hannah O’Connor providing the other reinforcements for McWilliams up front. Kathryn Dane, Enya Breen and Beibhinn Parsons complete the 23.

Commenting on his selection, McWilliams said: “This is a great start for us as a group, we’re really excited about the youth and experience in the team. We’ll learn a lot from this game, but for these players to go out and represent Ireland at the RDS is going to be special. It’ll be a great occasion and I’m excited to see how they perform, because we’ve got through a lot of work over the last couple of weeks.”

Saturday’s Round 1 encounter is live on Virgin Media One and BBC Two Northern Ireland.