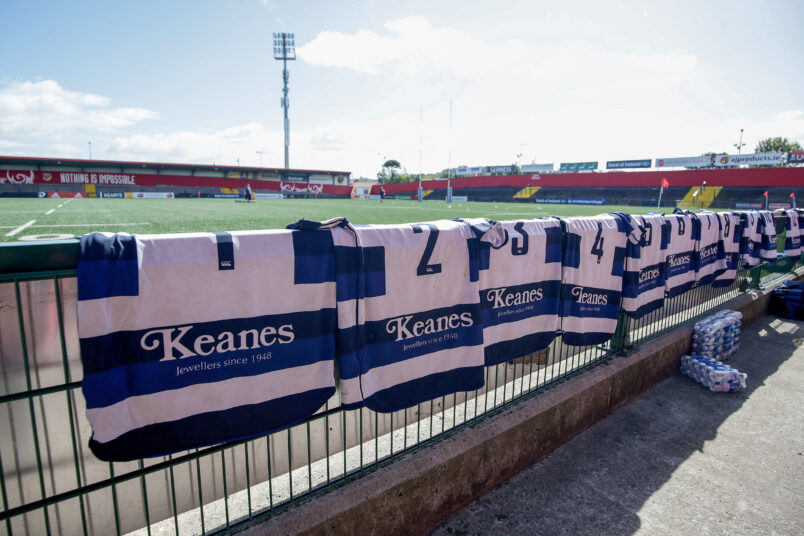 There are two big senior games coming up this week with a Sporting Limerick Charity Cup semi-final and the Bank of Ireland Munster Senior Cup decider with a number of games scheduled in the Munster Junior League.

On Wednesday, Old Crescent continue their defence of the Sporting Limerick Charity Cup as they go head to head with UL Bohemian in the first semi-final at Takumi Park. The winners are due to meet Shannon or Young Munster in the decider.

In the Bank of Ireland Munster Senior Cup decider on Bank Holiday Friday, holders Young Munster lock horns with Garryowen at Thomond Park. Young Munster will be looking to retain the trophy for the first time and they are also looking to record their first victory over the Sky Blues in a Munster Senior Cup final. They defeated Shannon for the first time in the final of this competition to win the trophy for last season, which was their eighth triumph. Garryowen, who top the roll of honour with 38 wins, last won the trophy in 2018.

On Sunday, Newcastle West will be looking to make history for the second successive weekend in a bid to add the Munster Junior League title to the Munster Junior Clubs’ Challenge Cup, which they won for the first time against Clanwilliam. They travel to Ballyanly to take on Muskerry in Section A, where a win would guarantee them the title. The West Limerick side put a dent in Bandon’s title aspirations as they ran out 26-10 winners over the West Cork side in their last League game. Muskerry claimed two bonus points from their last game, which they lost 36-32 against Kilfeacle, scoring four tries in the Premier County.

The game of the day in Section C is the top of the table clash of unbeaten leaders Thurles and Kanturk, who are tied on 16 points apiece at the Duhallow venue. Kanturk go into the tie on the back of successive defeats by Fethard and St Mary’s from which they claimed losing bonus points. Their last win was in early December when they ran out 17-8 home winners over Ballincollig. Thurles, who recently defeated St Mary’s to win the Munster Junior Clubs’ Challenge Shield for the second time, ran out 25-20 home winners over Charleville in their last League game.

Fethard, who are third behind St Mary’s, Kanturk and Thurles on 12 points, will be looking to maintain their outside challenge for a higher ranking as they travel to the Showgrounds to take on Fermoy. The South Tipperary side won their last three games while Fermoy defeated Dungarvan 27-5 in West Waterford last time out.

Ballincollig entertain Munster Junior Clubs’ Challenge Shield finalists St Mary’s at Tanner Park. The Limerick side will be looking to maintain their challenge for a higher ranking, as they are second behind Thurles and Kanturk on 15 points and go into tie on the back of narrow victories over Kanturk and Charleville. The Mid Cork side claimed a losing bonus point from their 16-15 defeat by Fethard in South Tipperary.

In Section D, Scariff and Waterford City, who are tied on eight points apiece have tricky home games against Kinsale and Killorglin respectively and they are both looking to avoid slipping down the rankings with Mitchelstown. Scariff hold the advantage over the Suirsiders as they recorded a narrow 6-5 home win when these sides met in East Clare in October, resulting in a losing bonus point for Waterford City.

Scariff were defeated 21-6 by Tralee in the Kingdom last time and they are at home to Kinsale, who go into the tie on the back of a 24-3 maximum point home win over the Suirsiders.

Waterford City entertain Killorglin, who claimed all points on offer from their 35-10 home win over Mitchelstown.

Elsewhere in this Section, Ennis welcome unbeaten leaders Tralee, to the Banner County. Ennis go into the tie on the back of a 28-15 defeat by Cobh Pirates in East Cork.

Douglas, who recorded a 22-17 maximum point away win over Chorca Dhuibhne, welcome Killarney to Castletreasure. The Kerry side, who have slipped to third following their 24-15 defeat by near neighbours Castleisland will be looking to get their bid for a higher ranking back on track and they defeated Douglas 17-12 in the Kingdom. Douglas returned home from that game with a losing bonus point.