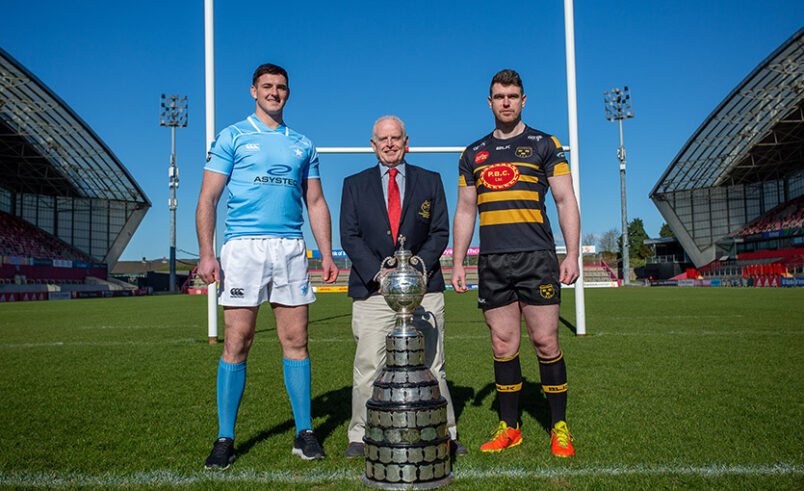 Young Munster and Garryowen have managed to split both their games in the Energia All Ireland League with both matches being very close and it is unlikely that there will be more than a score between the sides at the final whistle.

Garryowen sit on top of the honours list in this competition and will be hoping to claim their trophy for the 40th time in their prestigious history. Their last victory came in 2018 as they ended Cork Constitution’s dominance over the competition, overcoming UL Bohemian in the final.

Young Munster are the reigning holders after coming out on top against Shannon in the rescheduled final last August which was held over from the previous season. The Cookies have their own renowned history with their first success in 1928 leading on the Bateman song that is remembered in the club anthem.

The pathway to the final started back in September for both clubs. With the competition having an open draw, both clubs were certainly not given handy openers as they took on fellow sides from Division 1A.

Garryowen made their intent known from the outset as they ran away with an impressive 45-12 victory away to UCC. They ran in seven tries with Jamie Shanahan and Dylan Murphy both bragging a brace for themselves to ease their way into the second round.

Young Munster’s victory was equally impressive, if a lot narrower, against Cork Constitution. Having just claimed the trophy weeks beforehand the Cookies were eager not to relinquish it quickly in front of their home fans. They produced a powerful display to race into a 16-5 lead with Adam Maher and Barry Galvin notching tries and Evan Cusack kicking two penalties. Con as expected struck back but Munsters saw out the game with Cusack kicking another penalty for a 19-12 win.

Both sides enjoyed convincing victories in the next round. Garryowen were far too good for Bruff and managed to secure a convincing 48-10 lead. Eight tries were scored this time; shared out among Colm Quilligan, Jamie Heuston, Niall Horan, Luke Cronin, Aaron Cosgrove, Ed Barry, Bryan Fitzgerald and Alexander Wood.

Young Munster faced another city side in UL Bohemian who they proved far too strong for. They led 19-8 at half-time with tries from Sean Rigney, Aaron Hennessy and Evan Cusack and further tries by Sean McCarthy-Burbage and Mark O’Mara after the break saw them secure a 34-15 win.

The Light Blues’ semi-final was played on the October Bank-Holiday weekend where they faced a game Cashel side. It was an entertaining high-scoring affair as the Tipperary side threw everything they had at the Dooradoyle outfit. Garryowen edged the first half; with a try from Hugh O’Brien-Cunningham and the kicking of Jamie Heuston helping them to a 13-11 lead at the break.

Cashel were holding the lead 21-19 going into the final seven minutes but Garryowen came strong with tries from Quilligan and Heuston, who finished the game with 23 points, saw them emerge victorious 33-21.

Young Munster travelled to face Highfield in December for their semi-final. It wasn’t quite as high-scoring but was every bit as compelling as the Woodleigh Park side, with ambitions of a Division 1A place, showed their ability.

It was nip and tuck early on with a pair of Cusack penalties nudging his side in front before he was able to convert an Aaron Hennessy try, giving his side a 13-6 lead.

Highfield levelled shortly after the break; and the game was in the balance all the way to the end; with a Cusack penalty 10 minutes from time proving decisive.