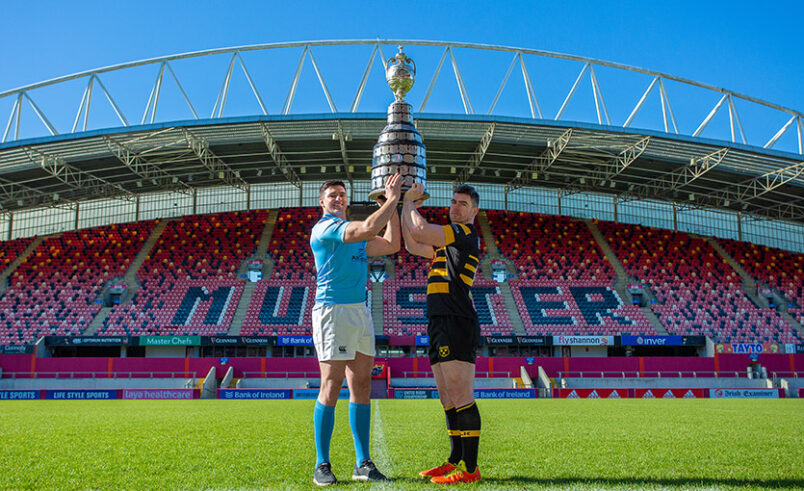 Munster Rugby caught up with each of the squad captains ahead of Friday’s final.

“A derby is big enough on its own but the fact that there’s a cup at the end of it will make it all the sweeter for the winners, and the chance to walk around Limerick with the bragging rights on the weekend that’s in it.

“It wasn’t our best performance in our last game against Ballynahinch. We were down to 13 men at one stage but we stuck with it and got a try in the last minute of the game to come back and win it.

“With cup rugby you only get one chance at it, you either get the win or you’re gone and the fact that it’s a local derby in the final as well cranks up the pressure and cranks up the atmosphere.

“I came to Garryowen four years ago and they had won the Senior Cup the year before so we got to play in the All Ireland series and won the Bateman Cup.

“To win the Munster Senior Cup would be a massive achievement, there’s no point in saying otherwise.

“It’s a very prestigious competition and when you speak to past players and former professional players, everyone says it’s a nice cup to get your hands on.

“There have been some great players who have won it down through the years and the memories stick with a lot of people so we’d be thrilled to get our hands on it.”

“We just beat Lansdowne in the league, that was a big scalp for us and we’ll take great confidence from that and hopefully we’ll bring that into the match on Friday.

“The fact that it’s an all-Limerick final adds a totally different dimension. We’ll be playing lads we see around Limerick a lot and our lads would have went to school with lots of their lads.

“With the supporters there will be a lot of banter back and forth and that will be the good side of it as well. It adds an extra bit of spice on the day and I’m sure it will be a close affair no matter what happens.

“It would mean a lot to win the Senior Cup, we have a great group of players and we’ve put so much into the season so it would be great to win such a prestigious title.

“If we can win it, we’ll be the first-ever Young Munster squad to win back-to-back Senior Cup titles. It’s never been done and the club have only won it eight times as well.

“Garryowen obviously have such a great history in the competition, I think they’ve won it over 40 times so we’d love to get another title in the history books for Young Munster.

“It would be great to win it for the supporters and all the people in the background who have done trojan work, they deserve it as much as anyone else so it would be great to get over the line but we know it’s going to be a big battle on Friday.”