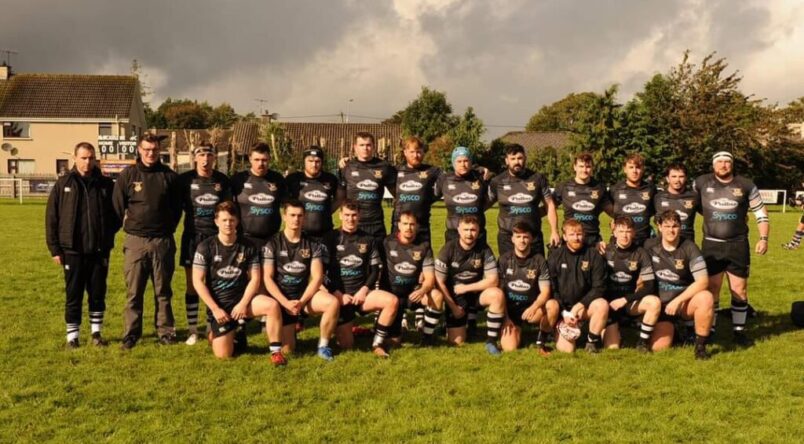 In the Munster Junior Clubs’ Challenge Cup decider, Clanwilliam, who won the trophy in 1996, lock horns with Newcastle West, who are seeking their first title.

St Mary’s and Thurles go head to head in the Munster Junior Clubs’ Challenge Shield decider. The Tipperary side’s only triumph to date was in 2017, while St Mary’s are looking to win the trophy for the first time.

Bantry Bay, who are seeking their first piece of silverware at Junior 1 level, take on Youghal in the Martin O’Sullivan Cup final. The East Cork side won this trophy in 2016.

In Tralee on Sunday, Young Munster and Shannon meet in the Donal Walsh Trophy final with the Plate final between Garryowen and Old Crescent acting as the curtain raiser.

There are two games outstanding in Round 3 of the Bank of Ireland Munster Junior Cup.

Mallow entertain near neighbours Charleville and the winners will be away to Kanturk.

UL Bohemian whose last triumphs were in 2009 and 2010, welcome Skibbereen to Annacotty. The winners will travel to West Tipperary to take on 2002 winners Kilfeacle.

In Section A of the Munster Junior League, Bandon, whose title aspirations were dealt a setback by their 26-10 defeat by new leaders Newcastle West last time out, will be looking to make the most of home advantage count in a bid to keep pressure on the West Limerick side. The West Cork side, who have slipped to second, entertain fourth-placed Kilfeacle at Old Chapel, with the Premier County side going into the tie on the back of a narrow 20-19 home win over Waterpark.

Old Christians are at home to third-placed Thomond. The Rathcooney side were defeated 38-12 by Richmond last time out, while Thomond have secured a top four finish. They claimed a losing bonus point from their last game, which they lost 6-3 against Bandon at Liam Fitzgerald Park.

The only game in Section B is the meeting of Abbeyfeale and Clonakilty in West Limerick. Abbeyfeale go into the tie on the back of a 20-7 defeat by Skibbereen at the Carbery Showgrounds, while this is a must-win game for the West Cork side if they are to avoid slipping down the rankings. Clonakilty claimed maximum points from their 28-13 home win over Galbally.

In Section C, Kanturk are away to Fethard, where a win would see them overtake leaders Thurles and second-placed St Mary’s, who are contesting the Munster Junior Clubs’ Challenge Shield decider, in pole position. The Duhallow side claimed a losing bonus point from their 12-8 defeat by St Mary’s at Grove Island, while Fethard go into the tie on the back of a narrow 16-15 home win over Ballincollig.

Ballincollig, who claimed a losing bonus point from their 16-13 defeat by Fethard in South Tipperary, are away to Dungarvan, who were defeated 27-5 by Fermoy in West Waterford.

The only game in Section D is the meeting of Mitchelstown and Cobh Pirates in North Cork. Mitchelstown go into the tie on the back of a 37-10 defeat by Killorglin in the Kingdom, while a win is vital for the Pirates gained five points from their 24-15 victory over Ennis, if they are not to slip down the rankings.

In Conference E, unbeaten leaders Castleisland make the short trip to near neighbours Killarney against whom they ran out 29-24 home winners in November and claimed all points on offer, while Killarney finished with a losing bonus point. With second-placed Youghal contesting the Martin O’Sullivan Cup decider, Killarney, who ran out 17-11 home winners over Douglas last time out, will be looking to make the most of home advantage count in a bid to maintain their challenge for a higher ranking place.

Bottom side Chorca Dhuibhne, who are still on zero points following their heavy defeat by Youghal at Musgrave Park, welcome Douglas to the West Kerry Gaeltacht. Douglas claimed a losing bonus point from a 17-11 defeat by Killarney in the Kingdom.