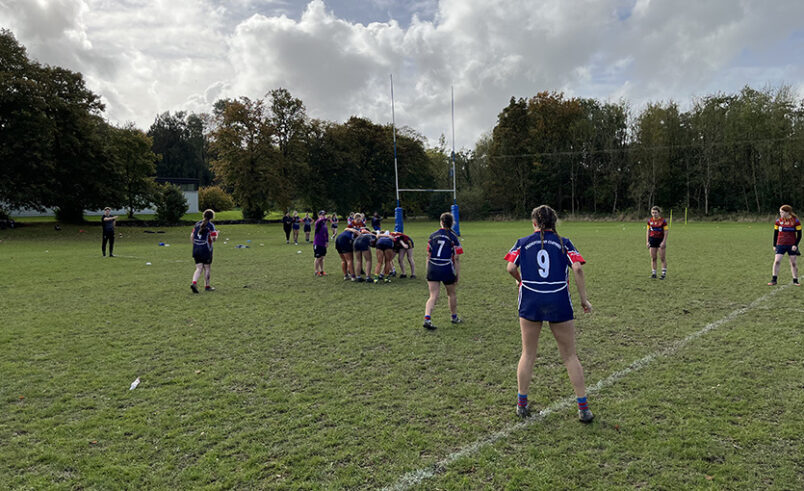 With the new season now up and running, the Rugby Development Department have been very busy over the last number of weeks hosting a number of blitzes and participation events throughout the province for girls of all ages.

From Minis blitzes right up to Girls X7s blitzes for secondary schools throughout Munster, there has been plenty of rugby played in all corners of the province.

Last week, we caught up with Women’s Development Officer Ken Imbusch and Women’s Participation Officer Rosemary Dillon at an invitational round of Secondary School Girls X7s in Rockwell College.

Both Imbusch and Dillon described the work that has been undertaken so far this season while also outlining what is coming down the track over the next few months.

The first couple of weeks of the new season has seen a number of Mini blitzes take place including big events in Shannon RFC, Cobh Pirates RFC and Old Crescent RFC, to name but a few. Concurrently, there has been a lot of X7s blitzes for girls in Secondary School at both Junior and Senior levels. 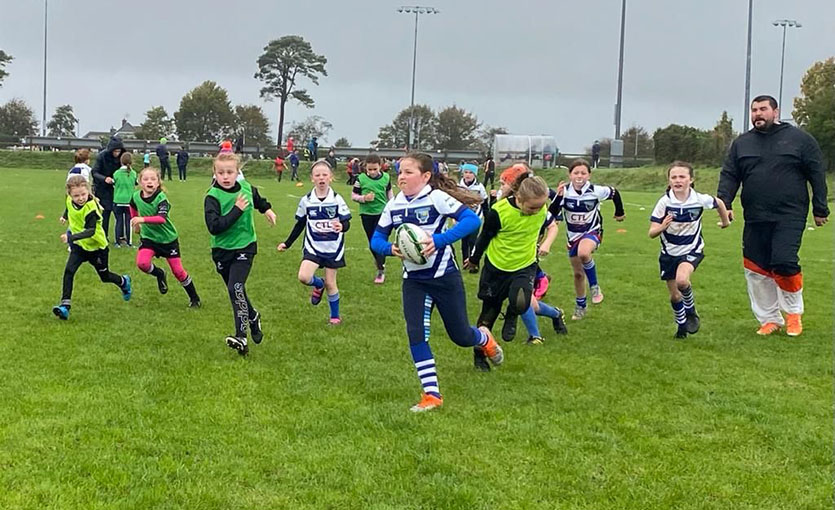 Of the Mini blitzes which have taken place so far, Dillon is buoyed by the participation levels while also outlining how different schools and clubs from far corners of the province are competing as well.

“Last month we had a tag rugby blitz in Old Crescent in Limerick and the team that came out on top there was Coláiste Íde from Dingle. That school wouldn’t normally be on our radar but we have a CCRO Eanna O’Connor down there who is doing great work. It’s a testament to the work that is being done by the CCROs in the province for the female game that we get a team as far afield as Dingle coming up to Limerick and winning a tournament.”

“It’s really after taking off post-Covid, the Women’s Committee have put together a sub-committee just looking after girls schools. As of this week, we’re interacting with 60+ schools of which just over half of them are participating at all levels; U14s, U16s and U19s level. It has really taken off.” 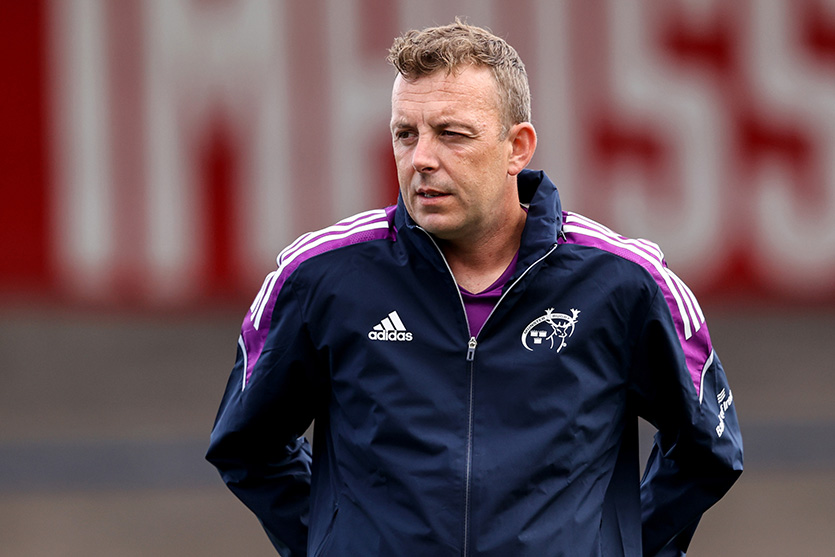 Imbusch added: “We use it (X7s) as an introductory way of getting girls to play the game in a little bit more space and less of a crowded area so it’s really about getting them to try it before we progress on through November with our Schools 11-a-side. Added to that, it’s a new means of trying to get girls recruited into their local clubs.”

There has also been growth at age-grade club level with 20 teams now competing in an U14 league across Munster with a further four teams competing in a U14 development league. This is in addition to the already established U16 and U18 leagues.

“There’s been great growth in the province,” Dillon said. “We have a full U14 league with 20 teams participating. It’s fantastic because we’re getting to see girls that we’ve never seen before from clubs that are now participating at that level who couldn’t field a team before so it’s fantastic.”

From November onwards, four Regional Development Squads will be formed to represent four different areas of the province (North, South, East & West) and it will be from these pool of players that a final squad will be chosen to represent Munster in the U18 Girls Interprovincial Championship later this season. 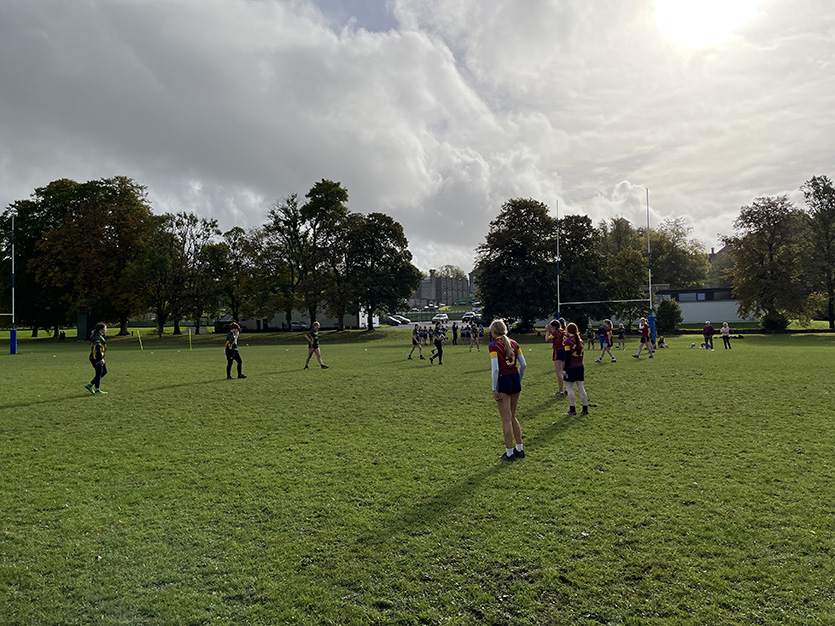 “We’re now going back into four regions whereas in previous years we had two,” Imbusch said.

“It just gives us a chance to spread our net a little bit wider in terms of bringing players in and exposing them to a higher standard of coaching than they may be exposed to in the club. So it’s going to four regions with a view to working the whole way through to late December.”

Position-specific coaching will take place for players in the four regional squads and this will also see club coaches invited to attend workshops so they can observe how this is conducted with a view of being able to coach those skills to the players in their own clubs.

“All of those things are being workshopped within the regions. The front-five programme will kick in and that will be run on a workshop basis. We’re bringing that to the clubs off the back of the success of doing it with the development squads last year. It will happen again on a regional basis where the players within the rep squads will get coached and then the coaches from the local clubs will come in and view how that’s done.” 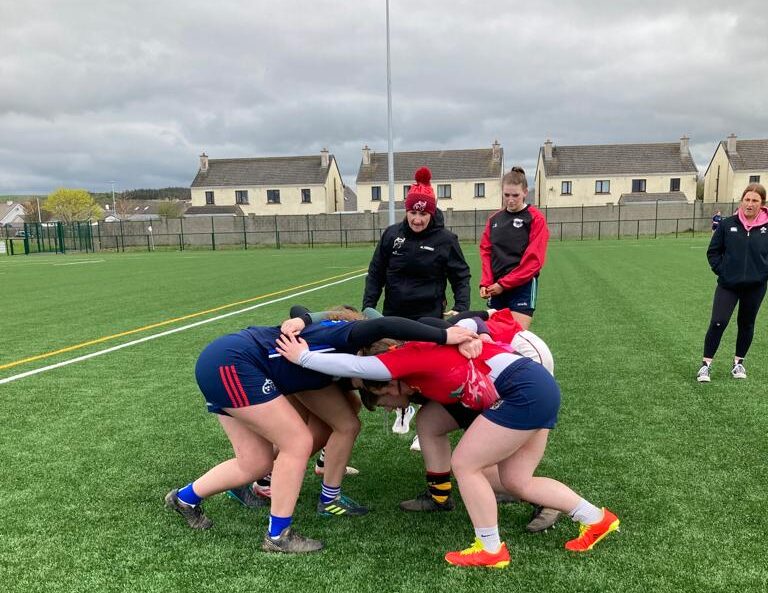 Asked on what the main focus for the season is, Imbusch puts it simply, getting more girls playing rugby.

“Again, it’s getting more players playing. We’ve got massive growth from where we were this time last year with schools where we’ve almost come up 80% in terms of the schools that are now engaging and participating. It’s just getting more girls in schools playing rugby.

“We’re also looking at the idea of expanding from our U18 age-grade into some form of U20s. It may be 7s, it may be 10s but long-term we want it to be 15s. Our adult development league has taken off at a massive rate. It’s 12 teams spread across three conferences with new teams playing.”

Dillon outlined the same goal while also highlighting the benefits of last summer’s Munster Rugby Girls School of Excellence in Bandon Grammar School as another way to highlight and identify players.

“The main focus for us is to get more girls playing rugby, it’s very simple,” Dillon said. “As well as that, there’s girls coming from other sports who just take to it like a duck to water and we’ve brought some of those girls into our Regional Development Squad. We’ve spotted a couple of girls from the School of Excellence in Bandon that we’re going to bring in to our Regional Development Squads, so they’re starting early next month.”