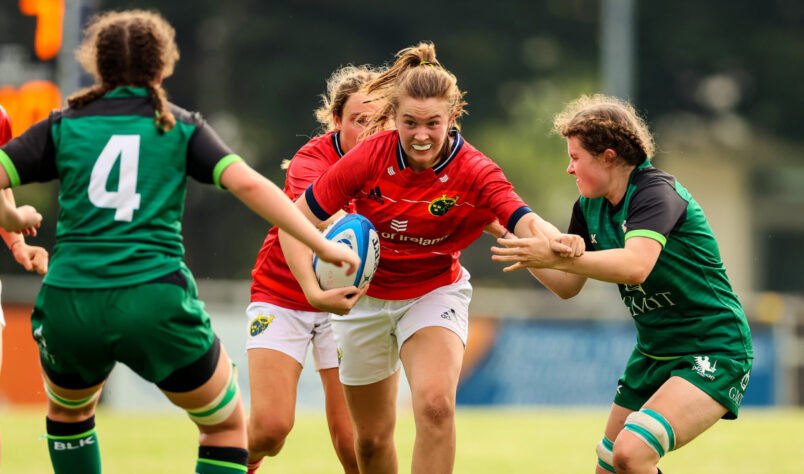 Lucia Linn in action for the Munster U18s. Inpho

A 35-player training squad will assemble at the IRFU High Performance Centre over the course of the next few weeks to prepare for the inaugural U18 Women’s Six Nations festival in Edinburgh.

The training squad will participate in three camps across March and April before the festival squad is selected. The camps take place on March 19-20 and 26-27 and April 2-3 at the IRFU High Performance Centre on the Sport Ireland Campus in Dublin.

The festival promotes a learning environment for these young players and the coaches who are developing and honing their skills. Ireland will play 35-minute matches against England and France on Game Day 1 and a 70-minute match against Wales on Game Day 2.  The U18 Women’s Six Nations Festival will take place at Dam Health Stadium between April 9-17.

Katie Fitzhenry, IRFU Women’s Performance Pathway Performance Coach, commented, “There is a really good provincial mix across this group and from a variety of clubs around the country which reflects the great work that is happening at grassroots level. This group will experience a high performance environment as we build towards the Festival in Edinburgh in April.  We are really excited to get started and I am sure the girls will be too as they strive to pull on a green jersey for the first time.”