Tough Test Ahead for Irish Women 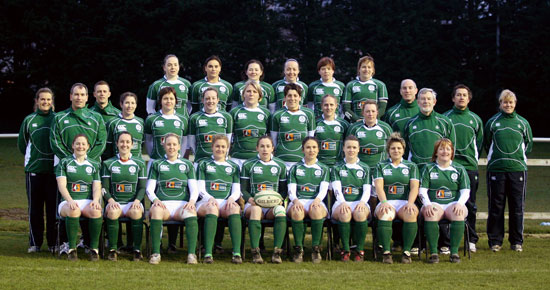 Ireland face one of the toughest tasks in women’s rugby this weekend as they prepare take on an England team chasing their third consecutive grand slam.

England on home turf are arguably likely to be too good for almost every side in the world barring New Zealand so Saturday’s game will prove a massive challenge to a rapidly improving Ireland.

Their opponents have had little in the way of serious challenges this year having won all their four games to date comfortably and with relative ease.

Ireland’s campaign has been solid with two good wins over Scotland and Italy at home but the loss to Wales last weekend will have been disappointing to John O’Sullivan and charges who know they are well capable bettering their Celtic counterparts.

For this weekend’s game O’Sullivan has reverted for the most part back to his tried and tested starting 15 having experimented with a some positions against Wales last week.

Tania Rosser, who started in the number ten shirt in that game, reverts back to her more familiar position at scrum half with Richmond’s Joanne O’Sullivan sliding across the backline into outhalf from centre.

The talented utility back will face a number of her club mates in Sunbury this Saturday with Richmond providing four players to the English match squad.

Irish coach John O’Sullivan is aware of his team’s challenge.

"We know we have a very tough task ahead of us in England this weekend. At the moment they are probably the best side in the world but in saying that we are really looking forward to the challenge. We were very disappointed as a squad with our performance against Wales, and know that we are capable of much better which we hope to see this weekend."

England have named an experienced team. Head coach Gary Street has made six changes from the team that beat Scotland and said his team are taking nothing for granted.

"I was surprised to see Ireland lose to Wales. I have been impressed with what they have been doing over the years so one disappointing defeat is not going to change my opinion of them. This is the last game of the championship and it’s their chance to claim a major scalp. They’ll certainly be out to make a statement."