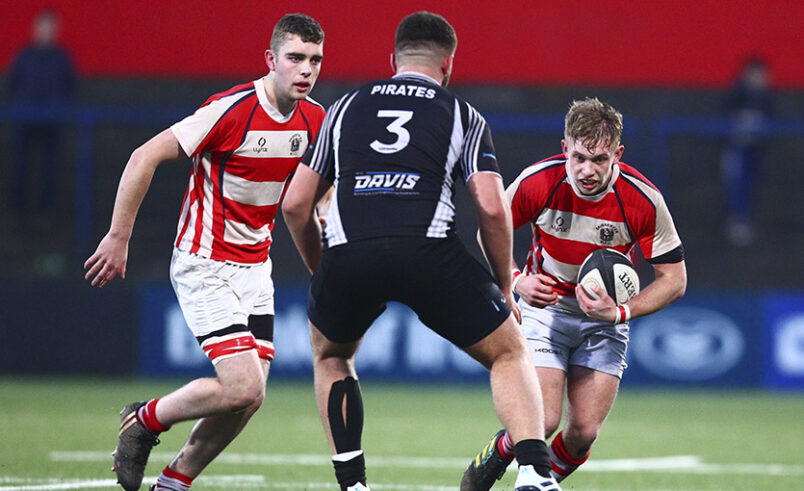 Cobh Pirates and Skibbereen during the 2019 U18 Cup final ©INPHO

This year’s Bank of Ireland Munster Clubs Age-Grade competitions are entering their final stages with finals days expected to take place at the end of March and the beginning of April.

In the Boys’ U18 Cup, Waterpark, Kinsale, Clonakilty, Ennis, Bandon, Highfield, Abbeyfeale and Cobh are the teams left standing. The quarter-finals are set to be played this weekend with the final scheduled for April 3rd in Musgrave Park.

In the Boys’ U16 Cup, Bruff and Waterpark will meet in the semi-final next weekend while Rugbaí Chorca Dhuibhne await the winners of Ennis and Cobh who meet in the quarter-final this weekend. The Boys U16 Cup final is scheduled for April 3rd in Musgrave Park.

In the Girls’ U18 Cup, there are four teams remaining with the semi-finals kicking off this weekend. Ennis, Tralee, Clonakilty and Carrick-on-Suir/Thurles are the four teams left standing. The Girls U18 Cup final is due to be played on the weekend of March 26th/27th in Musgrave Park.

In the Girls U16 Cup, Ballincollig, Shannon, Ennis and Killarney are the four teams remaining with those semi-finals also set to take place this weekend with the final due to take place on the weekend of March 26th/27th in Musgrave Park.

Please visit the Fixtures and Results section on the Munster Rugby website for upcoming fixtures in the Girls U18 Plate, U18 Bowl, U18 Development Bowl and U16 Plate.