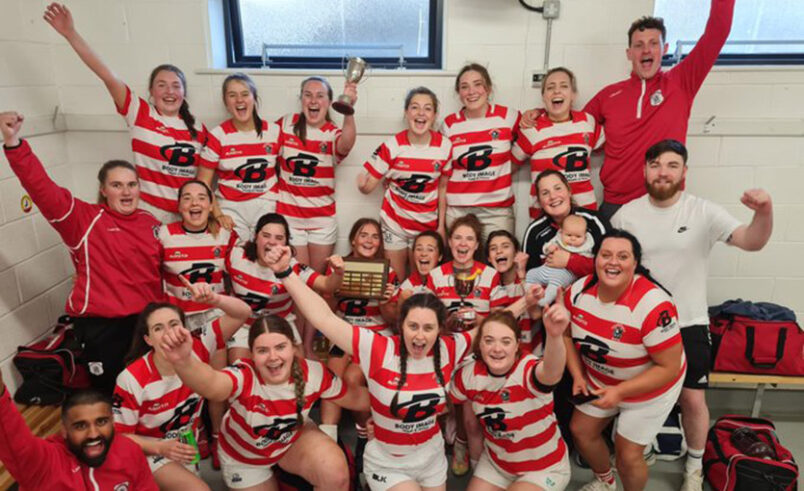 Skibbereen chasing the treble came in as hot favourites. Waterpark received the kick off and for the first five minutes, the Waterford side showed great determination and aggression which resulted in number eight Alisha Flynn scoring the opening try.

Shell-shocked, the West Cork side fought their way back, showing the travelling supporters why they were considered the favourites. A team boasting several players who had represented Munster at U18’s and Munster Women’s Development level, soon made that experience evident with winger Kate O’Sullivan crossing over to open the Skibbereen account making it 5-5.

Waterpark came close with stand-out player Flynn losing control of the ball over the try line at the 30-minute mark, letting Skibbereen off the hook. Skibbereen’s pace and ability to keep the ball alive saw the West Cork club finish the half with two late tries, both of which were converted by first centre Emma Connolly taking Skibbereen into the break 19-5 up.

Skibbereen used width and pace to soon add three more tries in the second half, with Connolly converting twice to extend her side’s lead to 38-5.

Dynamic ball carrying from Flynn got a late consolation try for the Waterford side while Skibbereen number eight Sharon Stock dotted down out wide with Emma Connolly converting the kick and ending the scoring.