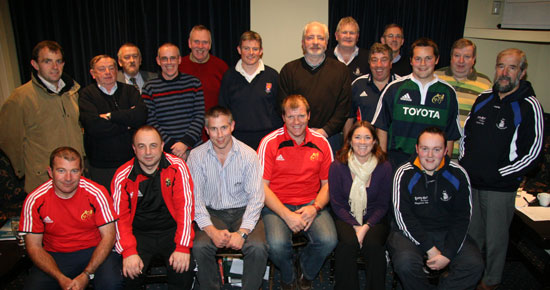 The purpose of this meeting was to discuss the future of Kerry rugby and where the Munster Branch can be of assistance in the development and promotion of rugby within the region. The evening commenced with a West Munster Cadet rugby session on the pitch and was followed by an open forum including Munster Branch representatives Maurice Walsh Castleisland RFC and Mick Keane Tralee RFC.

Some of the many discussions included the need to develop competition models to suit the changing demands of players and how to address adult player retention. Overall the evening proved to be extremely worthwhile and we look forward to the ongoing development of the game in the county.