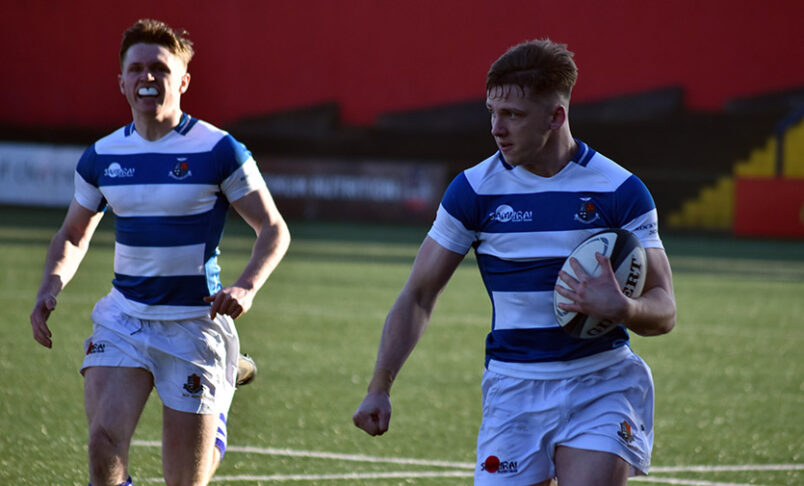 Rockwell College booked their place in the next round of the Pinergy Munster Schools Senior Cup after a convincing 55-7 win over Glenstal Abbey in the opening game in this competition at Musgrave Park.

The game was over as a contest after 15 minutes as Rockwell raced into a 22-0 lead thanks mainly to a well drilled pack who dominated the forward exchanges.

Rockwell out half Peter McGarry cut through the Glenstal defence after two minutes and his conversion and a penalty shortly after made it 10-0.

Tadgh Carey scored the winners’ second try and McGarry added the extras and shortly after Robert Wall crossed the whitewash for a 22-0 half-time lead.

Glenstal dominated the second quarter territorially but could not find a way past a solid Rockwell defence despite the best efforts of Garvan Woodstock and Kieran Roche in the pack while Nyoleme Agbanobi always looked dangerous with ball in hand.

A minute into the second half, a break by Oisin O’Dwyer and Jock Fogarty sent Brian Gleeson racing 40 meters to score under the posts and McGarry converted to make it 29-0.

Henry Buttimer sent Wall in for his second try shortly after.

Glenstal were eventually rewarded for their efforts when Garvan Woodcock touched down and Michael Buckley converted.