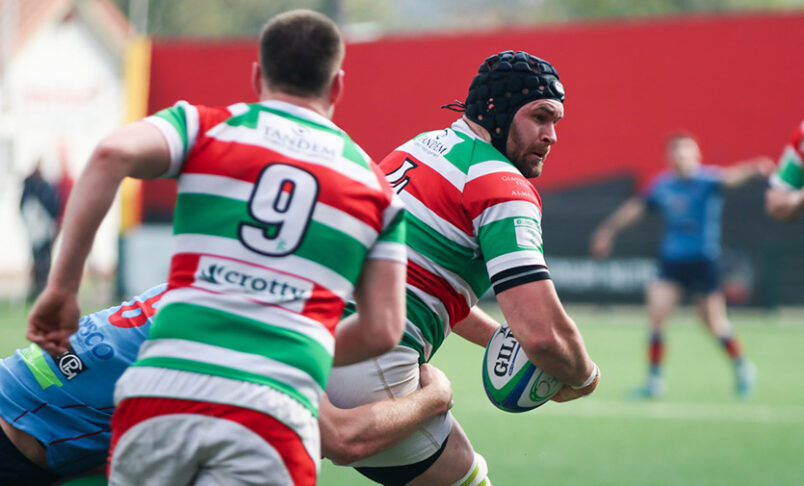 The Men’s and Women’s All Ireland Leagues resume this weekend following the Festive Season with a full programme of games.

See a full list of this weekend’s fixtures here.

All games in the Men’s All Ireland League are the reverse of the last series of games that were played before Christmas.

Proceedings get underway at the UL Arena on Friday evening as seventh-placed UL Bohemian lock horns with Old Crescent, who are eighth and five points clear of the drop zone in Division 2A. UL Bohemian ran out 28-17 winners in the corresponding fixture at Takumi Park, which was their third maximum point victory.

The four Munster sides in Division 1A are in action against Dublin opposition on Saturday.

Third-placed Young Munster welcome UCD, who are six points clear of the drop zone in eighth place, to Tom Clifford Park. The Limerick side will be looking to make it two wins from two as they ran out 18-12 away winners over the Dublin Students last time out.

Fourth-placed Cork Constitution travel to the Capital to take on Terenure College, who are fifth, at Lakelands Park. The Lilywhites claimed a losing bonus point from their narrow 16-12 home defeat when these sides met at Temple Hill.

Garryowen, who are seventh on 21 points, face a tough assignment as they meet leaders Clontarf at Castle Avenue. The Dublin side put up 17 points without reply in the corresponding fixture at Dooradoyle.

UCC, who are second from bottom on five points, will have their work cut out as they entertain Dublin University, by whom they were defeated 48-8 last time out, at the Mardyke.

In the Women’s All Ireland League, Railway Union entertain U.L. Bohemian at Willow Lodge in the opening round of the top four series. Both sides finished level on points in the first phase, but the Dublin side held a superior scoring difference. UL Bohemian will be looking to make amends for October’s 37-10 defeat when these sides met at the same venue.

Ballincollig, who finished ninth, make the long trip to Belfast to take on Malone at Gibson Park who finished a place above them. The Belfast side ran out 33-19 winners when these sides met at Tanner Park in November.

Back to the men’s All Ireland League, Division 1B leaders Highfield lock horns with Shannon at Woodleigh Park. Shannon ended the Leesiders’ unbeaten start to the campaign as they ran out 6-0 winners at Thomond Park, with Highfield claiming a losing bonus point.

In Division 2A, third-placed Cashel go head to head with sixth-placed MU Barnhall at the Spafield. The Tipperary side will be looking to make it two wins from two as they claimed their third maximum point victory when these sides met in County Kildare.

Bottom side Nenagh Ormond face a tough assignment as they welcome fifth-place Dolphin, by whom they were defeated 42-12 at Musgrave Park, to North Tipperary.

Midleton, who are fifth in Division 2C, travel to the Faithful County to take on fourth-placed Tullamore against whom they recorded a 27-13 maximum-point home win last time out.

Sunday’s Well who are propping up the table and still without a win, entertain Bruff at Musgrave Park. The County Limerick side, who are six points clear of the drop zone in seventh place, recorded a maximum point 34-14 victory when these sides met at Kilballyowen Park.

Clonmel, who are also seeking their first victory, face a tough assignment as they travel to County Wexford to take on leaders Enniscorthy, by whom they were defeated 31-15 in South Tipperary.

In Section A of Phase 2 of the Munster Junior League, Richmond welcome Muskerry to Richmond Park, with the home side needing the points to maintain a challenge for honours.

There is a Rebel County derby in Section D as Kinsale go head to head with Mitchelstown at the South Cork venue.

In Conference E, Douglas welcome Youghal to Castletreasure, with both sides tied on six points apiece. Douglas will be looking to make the most of home advantage count in a bid to avenge November’s narrow 24-21 defeat when these sides met in East Cork, which resulted in five points for Youghal and a losing bonus point for Douglas.

In Division 1 of the Munster Women’s League, unbeaten leaders Kerry entertain second-placed Tipperary in Tralee. The Kingdom recorded a narrow 14-10 win when these sides met in Thurles in October, resulting in a losing bonus point for the Premier County.