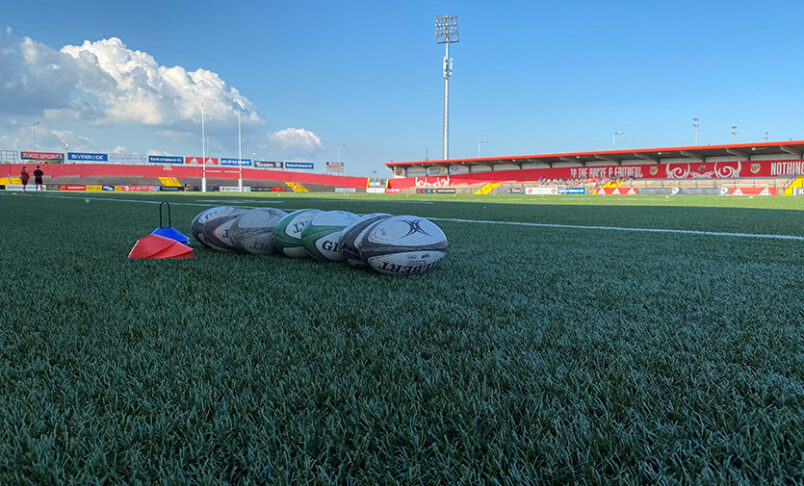 This weekend, 10 games were played in the Munster Junior League.

In the Munster Women’s Senior Cup, Kerry travelled to Musgrave Park where they defeated Dolphin 30-10. Kerry will now meet UL Bohemian in the next round.

At least all games in Conferences A and B of the Munster Junior League went ahead as the battle for places in phase two heats up.

The game of the day was in Conference A where the two unbeaten sides met at Liam Fitzgerald Park with victory going to the home side Thomond over defending champions Kilfeacle on a 17-7 scoreline.

Kilfeacle got off to a great start with a try from Diarmuid O’Donnell converted by Willie Staunton. A try by Aaron Rice converted by Adam Guerin tied the scores 7-7 at half time. A Guerin penalty edged Thomond ahead early in the second half and a try by Shane Kelly converted by Guerin seven minutes from time secured the win for the home side. Staunton kicked a drop goal in the dying minutes to secure the losers a losing bonus point.

Newcastle West and Richmond both won away from home and are level with Kilfeacle two points adrift of leaders Thomond.

Newcastle West defeated Galbally 29-10 with two tries from Sean Herlihy and one by Michael Bourke. They were also awarded a penalty try. Charlie O’Doherty kicked two conversions and a penalty. Galbally replied with a try from Martin Mullrey and Pat Shanahan  converted and also added a penalty.

Richmond defeated St. Senan’s 20-0. A try by Brian Mullins gave the visitors a 5-0 half time lead and in the final eight minutes a Tadgh Bennett penalty and tries by Keelan Stephenson and Sean Considine, one converted by Bennett secured the win for Richmond.

Bandon are the new leaders in Conference B after leaders Muskerry suffered their first defeat losing away to Waterpark 11-10. Tries by Adam looney and Rob Cahill had Muskerry 10-0 ahead at half time. Waterpark hit back with a try from Danny O’Keeffe and two penalties by Willie Walsh the second coming late in the game ensured Waterpark’s unbeaten run continues.

The Ballincollig v Fermoy game was called off because of Covid and as per the rules a 0-0 result will be recorded giving both sides two points.