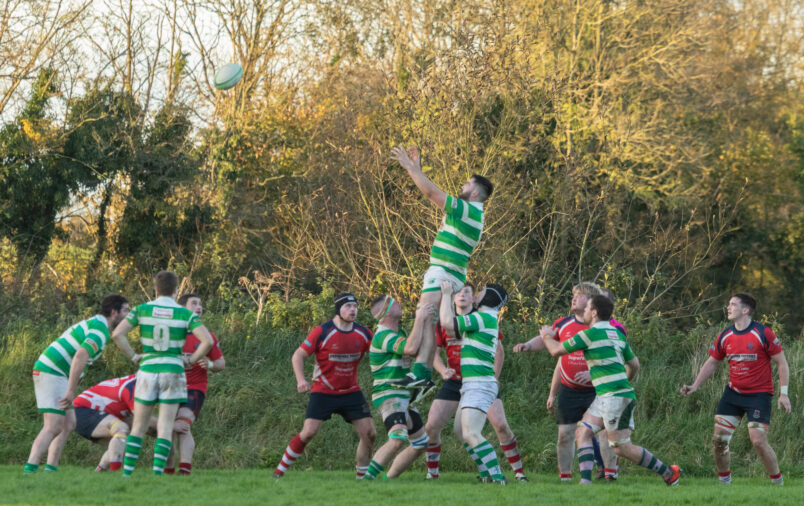 It was the lower conferences that took centre stage this weekend in the Munster Junior League.

Read a full round-up of the senior action and All Ireland Junior Cup games here.

See results of all games played across Munster this weekend here.

Thurles made it five bonus point wins from five in Conference C following their 40-5 home win over Scariff and guarantees them a place in Section C in the second phase of this competition in the New Year. The winners led 26-5 at half time and had tries from Paddy McGrath (2), Cathal Hayes, Sam Quinlan, Eoin Byrne and Ciaran Ryan. Conor O’Hagan kicked four conversions and McGrath one. James Hastings replied with a try for Scariff.

Fethard defeated St. Mary’s to remain in second place with a 24-19 victory. Peter Wall scored two tries for the winners and Josef O’Connor one, with O’Connor kicking three conversions and a penalty. Gareth Moore and Daithi Byrne scored tries for the Saints, Paul Loughlin kicked two penalties and Alex Kiely one.

Dungarvan moved into third place after their 33-17 home win over Mitchelstown. Martin Houlihan scored two tries for the winners and Shane Norris, Mark Hayes, and Daniel Slevin got one each. Michael Hayes kicked four conversions.

Waterford City defeated Ennis 13-12 in a thrilling game at the Clare venue. A try by Damien Forde converted by Ben Quinlan gave Ennis an early lead but a try and a conversion by Mikey O’Connor had the sides level 7-7 at half time. O’Connor put the visitors ahead with a penalty but the home side regained the lead with a try by Alan O’Shea. A second penalty from O’Connor ensured victory for the visitors.

The battle of the top two sides in Conference D resulted in Kanturk taking top spot with a 17-8 home win over Ballincollig. Shane Buckley gave Ballincollig the lead with a penalty but the home side hit back with a try from Eoin O’Sullivan. A second try by Ronan O’Brien had Kanturk 10-3 ahead at the interval. A try from Olan Daly converted by Stephen McAuliffe extended the home side’s lead. Pat Kelly scored a late try for Ballincollig as they tried to salvage something from the contest.

Kinsale moved out of the relegation  places and are now in contention for a top four finish after their  27-21 bonus point home win over Cobh Pirates. Dan Horgan, Mark O’Connell, Calum Fennell and Ruairi McCarthy scored tries for Kinsale and Dylan Lacey kicked two conversions and a penalty. Ben Kennedy and Ian Jones replied with tries for Cobh and Rory Pierce kicked a conversion and three penalties.

Charleville kept their outside hope of a top four finish alive with a 15-11 home win against Fermoy. Two penalties from Ben Twomey gave Fermoy a 6-5 half time lead. Tom Hanley scored Charleville’s try. A second try from Darragh Brown and a conversion and penalty by Hanley ensured the home side took the spoils. Twomey replied with a try for Fermoy to earn his side a losing bonus point.

The clash of the bottom two sides in Conference D between Tralee and Killorglin finished all square 15-15. Seamus Lyne, Jamie Byrne and Gavin Peevers scored tries for Tralee. Stephen Cotter replied with a try for Killorglin, Gary O’Keeffe kicked a penalty and they were also awarded a penalty try.

In Conference E Castleisland defeated Douglas 23-5 at Castletreasure. Sean Nolan, Donnacha McSweeney and Mike Cronin scored tries for the Kerry side and Joe Sheedy added two conversions and two penalties. Shane McGuinness replied with a try for the home side.