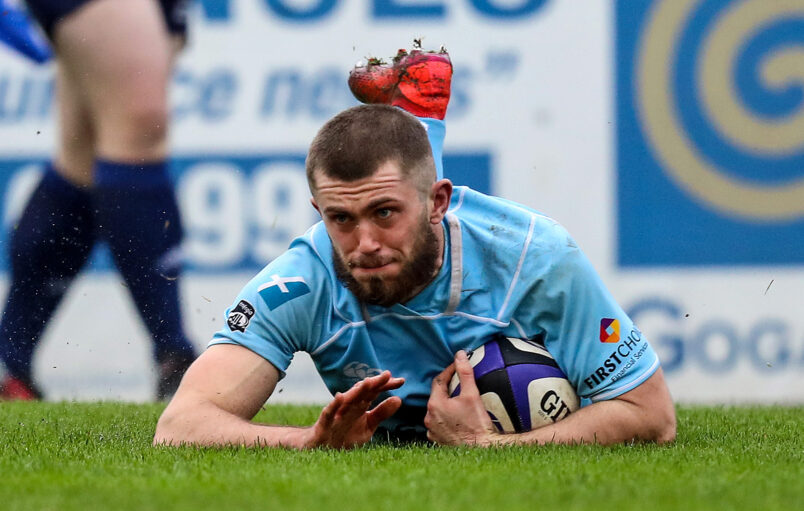 A busy weekend on the All Ireland scene with a full series of games in the Men’s All Ireland League and Cup action in the Women’s and Junior Cups.

Both Young Munster and Garryowen suffered defeat in the Men’s All Ireland League Division 1A, as Highfield won the battle at the top of Division 1B, while holders Kilfeacle are defeated by Connemara in the All Ireland Junior Cup.

Young Munster’s unbeaten run in Division 1A of the All Ireland League came tumbling down at Tom Clifford Park when Clontarf had  a dramatic opening half an hour at the end of which they led 21-0.

It was a terrific start by the ‘Tarf forwards and for their hooker Dylan Donnellan in particular.

He was at the end of three well controlled mauls to grab a hat-trick of tries with Conor Kearns converting all three.

Jack Harrington had a Young Munster try but the visitors continued to dominate in the second half even though they had a player in the bin at one stage.

So dominant was the Clontarf pack that they won a penalty try to wrap up the bonus point and for good measure Darragh Bolger had a fifth try after 66 minutes.

Young Munster battled gamely to the end and were rewarded with tries by Dan Walsh (64 mins) and Conor Hayes (76 mins), one of which Evan Cusack converted.

Garryowen suffered their second defeat losing 25-13 away to Terenure College. Nicky Greene and Jamie Shanahan scored tries for the Dooradoyle side and Tony Butler kicked a penalty.

UCC moved off the foot of the table with their first victory after their 10-6 away win at Ballynahinch. Matthew Bowen scored a try for College and Rob Hedderman converted and also added a penalty.

The meeting of the top two sides in Division 1B resulted in Highfield defeating Old Wesley 20-7 at Woodleigh Park to open up a four point gap. A James Taylor penalty gave Highfield a 3-0 half time lead. Taylor kicked a second penalty minutes into the second half and in an exciting finish tries by Cathal Gallagher and Paul Stack both converted by Taylor had the home side ahead 20-0. Ben Burns scored a consolation try for Wesley and Ian Cassidy converted.

Shannon’s game against Navan and the Division 2A encounter between Dolphin and Buccaneers were called off because of Covid and all four sides receive two points each with a result of 0-0 being recorded.

Cashel defeated Ballymena 24-14 at Spafield in their Division 2A encounter. Brendan Crosse and Niall Fitzgerald scored tries for the Tipperary side and Steven McMahon kicked four penalties and a conversion.

A last minute try from Val McDermott converted by Ronan McKenna earned Old Crescent a dramatic 23-18 away win at MU Barnhall. Shane Mullally was the winners other try scorer and McKenna converted that also along with three penalties.

UL Bohemian moved off the foot of the table with a 32-24 home win over Rainey Old Boys. Eoin Sweeney scored two tries for the winners and Joe Johnston and Harry Byrne got one each. Byrne converted three of the tries, and also added two penalties.

Nenagh Ormond are propping up the table after their 45-15 home defeat by leaders Queens University. Conor McMahon and Kevin O’Flaherty scored tries for Nenagh and Fionn McGibney added a conversion and a drop goal.

Both Bruff and Clonmel picked up losing bonus points from their trips to Ulster.

Two penalties from Alex Sheehan were not enough for Clonmel who lost 9-6 away to City of Derry.

Bottom side Sunday’s Well lost 32-0 away to Enniscorthy.

In the Women’s All Ireland Cup Ballincollig were 50-0 home winners over Our Lady’s Boy’s Club Galway.

Kerry put up a good showing at home to Galwegians before going down 20-10. Vanessa Dineen and Muirne Wall were the Kerry try scorers.

The Old Belvedere v U.L. Bohemian game was postponed to the 18th December because of Covid.

Newcastle West edged out Mallow 21-15 in a thrilling encounter before a large crowd at the north Cork venue. James Kelly and Alan O’Riordan scored tries for the winners and Charlie O’Doherty kicked three penalties and a conversion. Mallow replied with tries from Ronan Mills and Owen Glynn, Dave O’Sullivan kicked a conversion and a penalty.