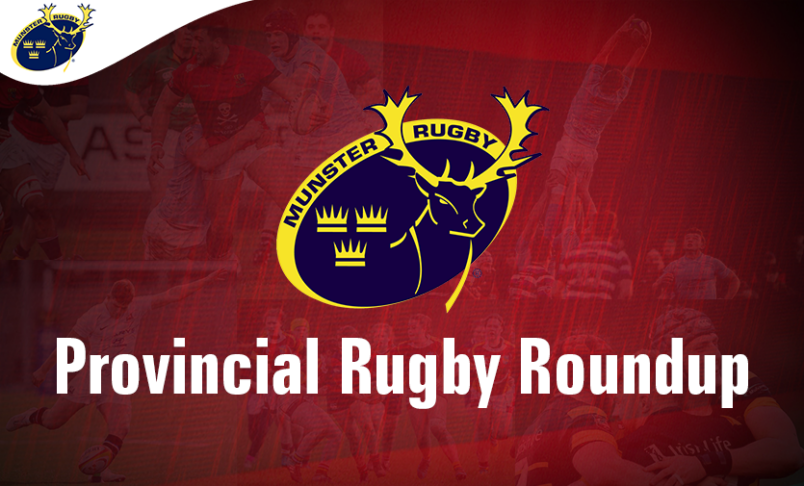 It was a quiet weekend on the junior rugby front as Richmond got their Section A Munster Junior League campaign off to a great start with a 24-13 bonus point win over Muskerry in a closely fought encounter at the Canal Bank.

Gearoid Phelan opened the scoring with a try for Richmond and this was quickly followed by a try by Adam Somers which Tadgh Bennett converted. Rob Cahill kicked two penalties for Muskerry to leave the home side 12-6 ahead at half time.

Keelan Stephenson added a third try which Bennett converted but Muskerry hit back with a try from Aaron Desmond and Cahill converted. But in added time Gareth O’Hanlon secured the bonus point for Richmond and denying Muskerry a losing bonus point.

Kinsale had a convincing bonus point 47-20 win at home to Mitchelstown in Section D. Conaill Gilleran, Dan Graham, Brian O’Donnell, Mark O’Connell, Ian Costello and Cian Ryan all scored tries for Kinsale, who were also awarded a penalty try. Dylan Lacy converted four of the tries. Aiden Donegan, Diarmuid Molan and Pa Magee each scored tries for Mitchelstown and Magee kicked a penalty and a conversion.

Waterpark qualified for the final of the Garryowen Cup and a meeting with Clanwilliam, after they saw off the challenge of Thurles at the Tipperary venue on a 38-20 scoreline. Paddy Kiersey scored two tries for the winners and Finn Brady, Conor Horan, Oisin Johnston and Willie Walsh all crossed the whitewash. Walsh kicked four conversions. Thurles had tries from Owen Byrne, Eoin Dwyer and Paddy McGrath. Conor O’Hagan converted all three tries and also a penalty.