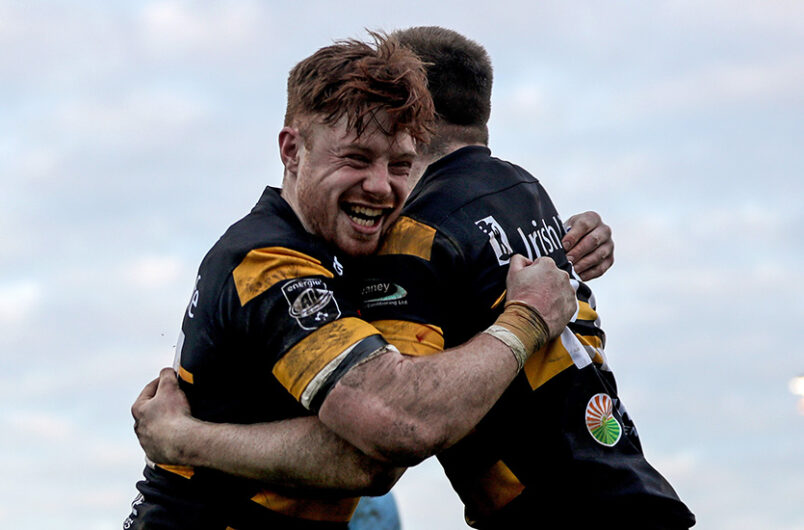 Young Munster are in the Bateman Cup final this weekend ©INPHO

This weekend action is spread across various Men’s and Women’s All Ireland and Provincial competitions.

The Limerick side will be looking to win the trophy for the first time since they defeated Lansdowne in 1928. The Dublin side are seeking their sixth triumph, with their last success in 2018, which was also the only time they won the trophy in the modern era.

In the Top Four of the Women’s All Ireland League, UL Bohemian, who have slipped to third following their 31-22 home defeat by Blackrock College, face a tricky task as they welcome second-placed Railway Union to 4G UL.

The Dublin side recorded a narrow 22-10 home win over Old Belvedere last time out.

The game of the day in the Women’s All Ireland League Conference is the top of the table clash between second-placed Ballincollig and unbeaten leaders Suttonians at Tanner Park.

The Mid Cork side have climbed up to second place following their 22-10 home win over Cooke, from which they claimed all points on offer. Suttonians are unbeaten with three bonus point wins from their games to date.

The Bank of Ireland Munster Junior Cup continues with seven ties down for decision in Round 2.

Fermoy and Kanturk get proceedings underway on Friday evening as they lock horns in a North Cork derby at the Showgrounds. The winners will be rewarded with a home tie against 2011 winners Cashel.

On Sunday, Bantry Bay welcome Bruff to West Cork, with Clanwilliam, whose only triumph was in 1947, awaiting the winners in Tipperary Town.

Charleville entertain Thurles at Smith’s Road and the winners will be away to Mallow.

Cobh Pirates, who won the trophy in 2006, go head to head with Ennis at the Paddocks. The winners will have home advantage against Kinsale or Killorglin, who meet in South Cork.

Tralee, whose only triumph was in 1934, are at home to 1997 and 1998 winners Midleton. St Senan’s await the winners in the Banner County.

Three-time winners UL Bohemian, whose last two successes were in 2009 and 2010, take on Sunday’s Well at Annacotty. The winners will have home advantage against Skibbereen.

There are two games down for decision in the Bank of Ireland Munster Junior Bowl.

Castleisland are at home to near neighbours Killarney in a Kingdom derby. The winners will be away to Nenagh Ormond in the quarter finals.

Clonmel are at home to Youghal, with Scariff awaiting the winners in East Clare.

In Division 2 of the Munster Women’s League, UL Bohemian, who are fifth following their 28-0 defeat by Bantry Bay in West Cork, welcome Waterpark at Annacotty. The Suirsiders are second and they go into the tie on the back of a heavy 44-12 home defeat by leaders Skibbereen. The Limerick side ran out 31-22 winners when these sides met at Ballinakill and they returned home with maximum points from a game in which Waterpark scored four tries.

The semi-finals of the Munster Women’s Divisional Cup are also down for decision.

Shannon-LIT go head to head with Skibbereen at Coonagh and Tipperary entertain Kerry in Thurles.