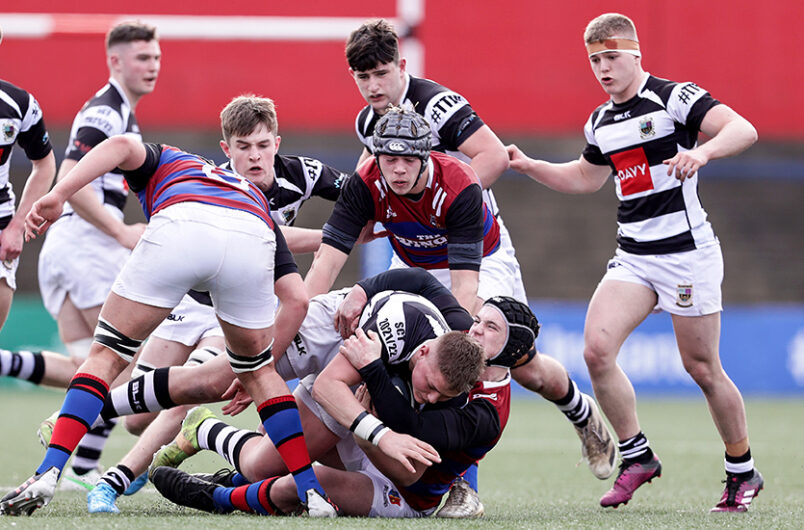 Presentation Brothers College are through to the semi-final of this year’s Pinergy Munster Schools Senior Cup after the Cork school emerged 31-12 victors over St. Munchin’s College at Musgrave Park this afternoon.

PBC will now meet their city rivals CBC in the semi-final next week.

PBC were on the front foot from the off when a powerful lineout maul drive yielded a penalty advantage. The Cork school made a number of carries from close range before a pass was fizzed to the onrushing Ben O’Connor who touched down under the posts.

The full-back converted his own try to give the Cork school a 7-0 lead after five minutes.

St Munchins looked to respond but they were thwarted on a few occasions by some good PBC tackling and maul defence.

PBC scored their second try in the 12th minute as O’Connor broke through the St Munchin’s line. The fullback passed the ball to Scott Sexton before the centre drew in the last defender and passed to Sean Condon to score. O’Connor’s excellent touchline conversion gave PBC a 14-0 lead. 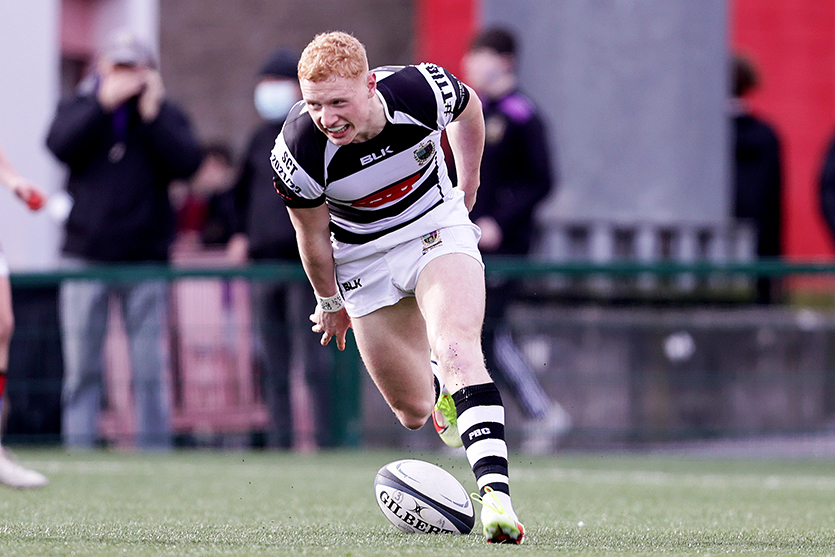 Not long after that try, a high tackle from PBC gave St Munchin’s an opportunity to get their first points on the board but Cillian O’Connor’s attempt drifted wide of the posts.

Condon went over for his second try when Pres produced a well executed move off a scrum which saw the winger accelerate into space and evade the fingertips of the final defender. O’Connor’s conversion gave the Cork school a 21-0 lead approaching half-time.

Things got worse for the Limerick school when Gordon Wood was shown a yellow card for making contact with a Pres player in the air.

Despite going down temporarily to 14 men, St Munchin’s College produced two good chances to get back into the game but handling errors at crucial moments let PBC off the hook.

It didn’t take long for Pres to extend their advantage in the second half as O’Connor glided through the Munchin’s defence before releasing a flat pass to Adam Twomey who touched down in the corner. O’Connor’s conversion stayed right of the posts as Pres took a 26-0 lead.

With Wood returning to the pitch, St Munchin’s began to up the intensity as a superb carry from Liam Angermann brought play deep into the PBC 22′. The Limerick school spread the ball wide to James O’Brien who crossed in the corner. Cillian O’Connor’s difficult conversion attempt was wide of the posts. 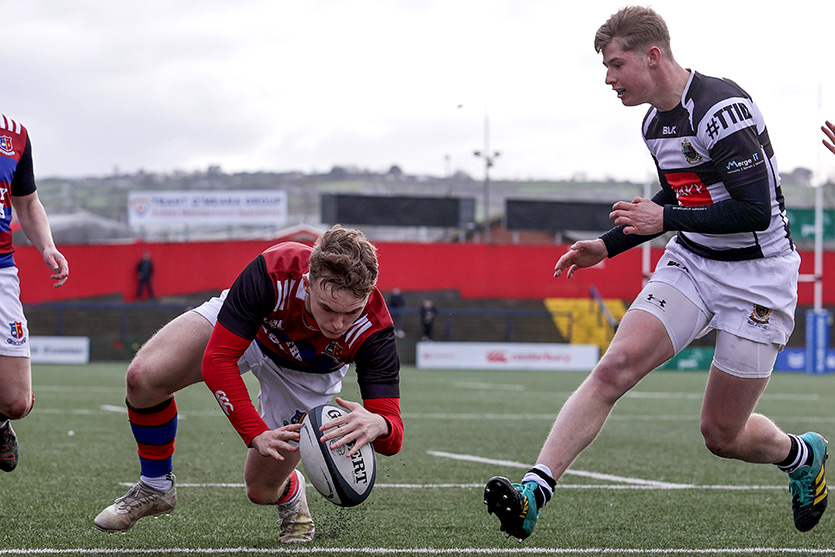 A yellow card for Pres for a late tackle further handed the initiative to St Munchin’s College and a sublime offload from Ryan Naughton released Oisin Pepper to score the Limerick school’s second try of the match.

With their lead getting smaller, PBC upped the gears as their maul brought them deep into Munchin’s territory. From there, a series of close-range carries saw Fionn Roussell cross for a try.

O’Connor’s conversion was wide of the posts as the Cork school took a 31-12 lead entering the final 15 minutes.

St Munchin’s kept fighting in the final minutes but they were unable to add to their two tries as PBC now look forward to a meeting with CBC in the semi-finals next week.