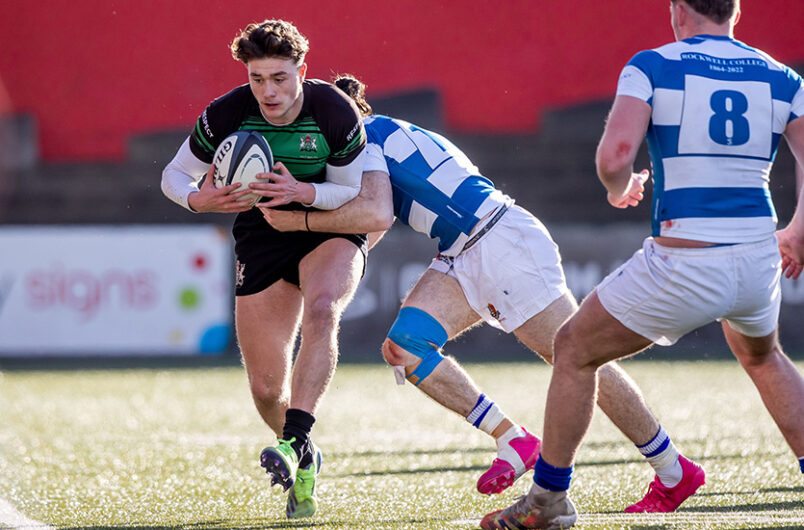 Bandon Grammar have progressed to the semi-finals of this year’s Pinergy Munster Schools Senior Cup after the West Cork school recorded a 17-0 win over Rockwell College at a chilly Musgrave Park this afternoon.

The West Cork school will now meet Crescent College Comprehensive in the semi-finals next week.

Bandon showed their intent early on when flanker Conor Miskella made a powerful break.

Soon after, Bandon outside centre Peter O’Sullivan almost crossed in the corner but for some strong last ditch defending from Rockwell as he was tackled into touch.

Rockwell tried to stamp their authority with their kicking game and a strong kick chase in the first half had the West Cork school under some severe pressure but some good work at the breakdown saw them escape without conceding any points.

Bandon, who looked the more dangerous throughout the first half, took the lead when speedster Barry Spearman-Walsh broke free and crossed in the corner. The difficult conversion attempt was missed by Jeff Williams as the West Cork school took a 5-0 lead. 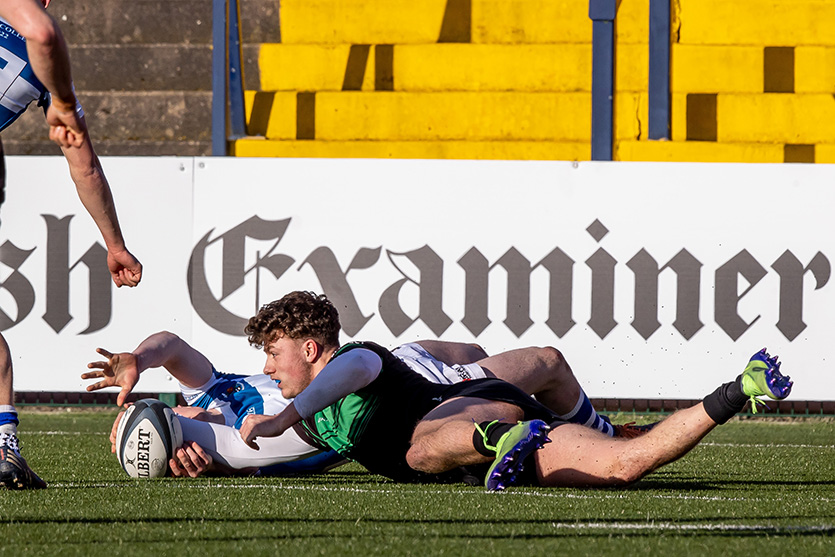 Some good work from Bandon fullback Paddy Gaffney brought play close to the Rockwell line but the Tipperary school were determined in defence and they were able to win a penalty to clear their lines.

With half-time approaching, Bandon pushed further ahead when Spearman-Walsh crossed once again for his second try of the game. Williams’ conversion attempt drifted to the left of the posts.

Both sides had periods of possession and territory in the second half but the first real chance fell to Rockwell but Peter McGarry’s penalty attempt into the strong wind drifted right of the posts.

The Tipperary school continued to push for that crucial try which would get them back in the game but it just proved to be out of reach as Bandon repelled them on more than once occasion with some good defensive work.

The West Cork school made sure of the result with the clock in the red when JayC van der Westhuizen broke through the Rockwell defence before he produced an excellent pass to Peter O’Sullivan who crossed under the posts.

Williams’ conversion ensured a 17-0 win for Bandon Grammar School and they now look forward to a semi-final meeting with Crescent College Comprehensive next week.