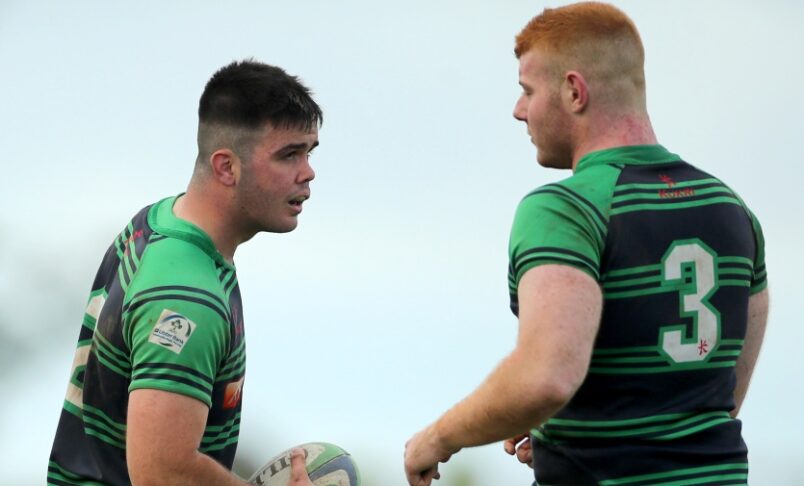 There is also local action at Junior level in North Munster, South Munster, Kerry and Tipperary.

Young Munster continue their defence of the Bank of Ireland Munster Senior Challenge Cup against UL Bohemian, whose last triumph was in 1962, at Tom Clifford Park on Friday evening.

The winners will be away to Old Crescent or Highfield, who go head to head at Rosbrien on Saturday.

Nenagh Ormond lock horns with Premier County neighbours Cashel in North Tipperary. The winners will be rewarded with a home semi-final tie against Bruff or Garryowen, who meet at Kilballyowen Park.

In the opening round of the Bank of Ireland Senior Plate, Shannon and Midleton get the show on the road at Coonagh on Friday evening. The winners will have home advantage in the semi-finals against Clonmel or UCC, who meet in South Tipperary on Saturday.

Sunday’s Well are away to Junior representatives Kilfeacle. The winners will meet Cork Constitution or Dolphin, who go head to head at Temple Hill.

The semi-finals of the Transfield Cup take place this weekend with Old Crescent taking on Newcastle West at Crescent Comp and Richmond making the relatively short trip to South Clare to meet St Senans.

In the McInerney Cup, Presentation welcome Ardscoil Old Boys to Rathuard for the first semi-final.

Thomond host Fethard in the quarter finals and the winners will be away to UL Bohemian or Richmond.

There are two South Munster finals down for decision at Musgrave Park on Sunday. Ballincollig and Charleville get proceedings underway as they contest the O’ Neill Cup decider.

This will be followed by the Cork County Cup final between Mallow and Muskerry, with Mallow seeking their sixth title and their first since 1968-69.

The Muskerry Cup semi-finals are down for decision as Ballincollig take on Sunday’s Well at Tanner Park and Cobh Pirates entertain Cork Constitution at the Paddocks.

It is also finals day in the Kingdom, with three titles down for decision.

Killarney are at home to near neighbours Killorglin in the McElligott Cup decider and Tralee host Castleisland in the Galwey-Foley Cup final. Listowel welcome Chorca Dhuibhne to North Kerry to contest the McGillycuddy Cup.

In Tipperary , Clanwilliam are at home to Fethard in the first semi final of the Garryowen Cup.

Click here for times and dates of the fixtures taking place over the coming days.