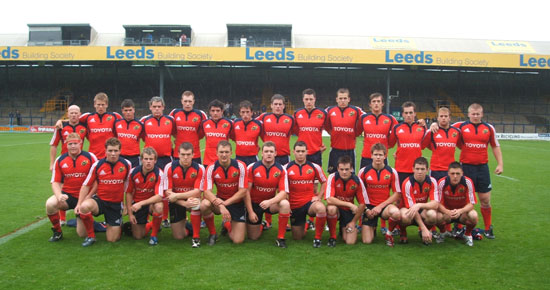 Eleven Munster U20’s Players have been selected to progress to the Irish U20’s Training Squad.

The selected Munster young guns will help make up the 44 man training squad for the Irish U20’s side. Over the next few months the extended squad will attend training sessions in Dublin and Athlone and take part in training games against the Leinster A side.

As the weeks go on, the initial squad will be cut down to 32 players and then the final squad of 22 will be announced at the end of January. The Irish U20’s squad will take part in the U20’s Six Nations and also participate in the 2008 U20’s World Cup in June in Wales.

Hamish Adams, Munster Rugby Academy Manager and Irish U20’s Selector "would like to wish all the players well with their aspirations of playing in the U20’s Six Nations and World Cup".