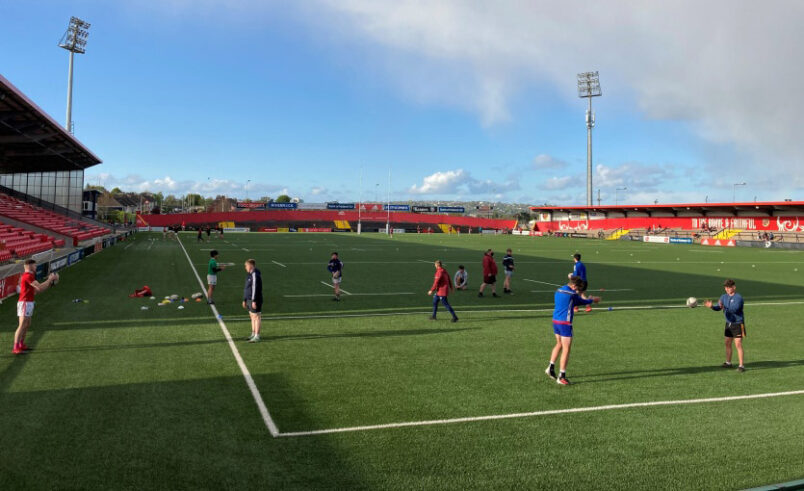 Over the last number of weeks, players from clubs and schools have been invited to training and have taken part in trial games. The respective Munster age-grade squads will be selected after the Easter break ahead of the Interprovincials which take place during the summer.

For the Munster U18 Schools side, trials have taken place over the last number of weeks with the new Munster Rugby Centre of Excellence at Fethard Town Park the venue for the first trial match last month. This group also played a touring South African side in Castletroy College with a final trial set to take place during the Easter holidays.

The U18 Clubs group have been training each Monday for the past 28 weeks, including the Club Select Player (CSP) Programme pre-Christmas, with players being identified and nominated by their clubs.

This group has already played an Ulster selection and will take on a Leinster selection next week. A 30-player squad will be finalised for the summer programme in due course.

There are 80 players currently training across both U17 and U18 Girls squads with a final selection of 30 players for each squad to take place ahead of the summer programme.

The U19 Boys have commenced their screening process over the last number of weeks.

A number of this group are currently in national camp with the Ireland U19, Ireland U18 Schools and Ireland U18 Clubs & Schools sides.

The U19 group will play Connacht and Leinster selections over the Easter break after which a squad of 30 will be finalised ahead of the summer programme.

The 2006 and 2007 born groups (U16) are also being identified with clubs and schools nominating players for respective trials and screening sessions.