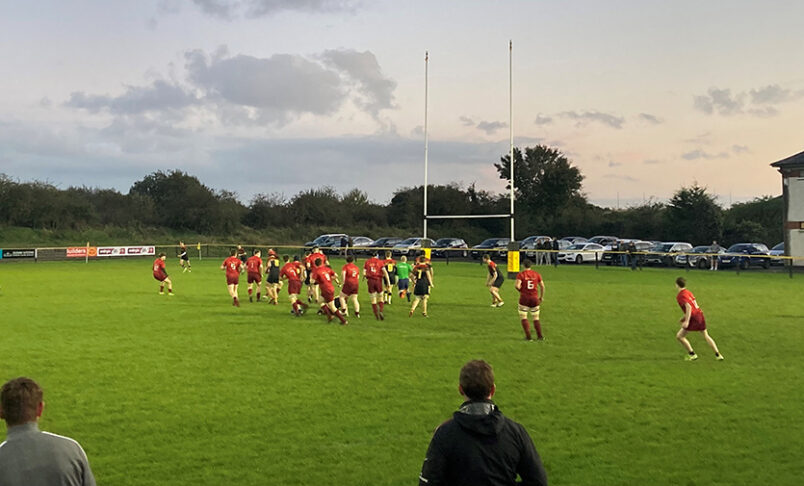 A view of the Munster U16 CSP group in action against Ardscoil Rís in the Munster Schools Junior Cup.

The Munster Club Select Player (CSP) initiative is a great opportunity for club players throughout the province to further their development according to Coach & Player Development Manager, Keith Murphy.

The CSP initiative sees club players who are involved in the summer and in-season Regional Development Programmes play in high intensity games in the pre-Christmas pool stages of the Munster Schools Junior and Senior Cups.

The initiative, which is run in conjunction with the players’ respective development programmes at their clubs, sees representation from a wide-range of clubs throughout the province.

“Both CSP groups represent a large portion of clubs across the province with the U16 extended group representing 34 clubs while the U19 group represents 21 clubs. This is testament to the players, their clubs, and their coaches.”

The benefits of this initiative, according to Murphy, is that the players get an opportunity to play high intensity games against their peers in the schools system.

“The benefits of putting a group like this together is not only do they get a chance to train during the summer for the Interprovincial series but in most cases, they get an opportunity during the winter as well to play in high intensity games with each other.

After such a long absence due to Covid, getting back playing games is of huge importance, especially for the players who have missed out development time.

“We saw a lot of players coming back, who for obvious reasons, weren’t as conditioned as they may have been in previous seasons so the summer programme gave us an opportunity to develop the players back into a sense of normality in terms of skills and conditioning.

“What we’re seeing now is the players coming off the back of a summer programme in good condition, rugby-ready, robust for the game and now these games are just an added benefit for those players to showcase what they’ve learnt during the summer but to also play high intensity games in a Munster jersey at this time of the year.”

With more games to take place in the coming weeks, it’s an exciting time for the players involved in the CSP groups and Murphy acknowledges the work of the clubs and schools who continue to support this important programme.

“A sincere thank you must go to all clubs and schools for their continued support of the Munster CSP initiative. The games so far this season have been super contests and really enjoyable and exciting games to watch.”