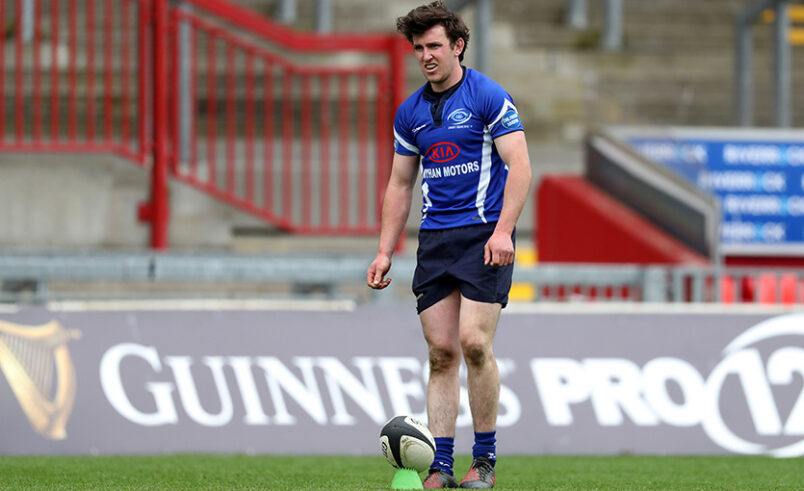 In the Munster Senior Clubs League final, Cork Constitution welcome Garryowen to Temple Hill on Good Friday with an 8pm kick off.

One of the games of the weekend is the meeting of joint leaders Kanturk and Thurles in Duhallow at the summit of Section C in the Munster Junior League. Both sides are playing for a higher ranking, and they are tied on 21 points apiece. Thurles, who are unbeaten, go into the tie on the back of a 32-12 away win over Ballincollig from which they claimed all points on offer. The Duhallow side were narrowly defeated 19-17 by Fethard in South Tipperary last time out and claimed a losing bonus point.

St Mary’s who are tied on 19 points in second place with Charleville, will be looking to maintain their challenge as they travel to the Showgrounds to take on Fermoy. The Limerick side won their last game 18-17 against Ballincollig at Tanner Park, while Fermoy go into the tie on the back of a heavy 46-10 home defeat by Fethard.

A defeat for Kanturk and a win for the Saints will see Thurles and Mary’s finish top of the rankings in this section.

In Conference E, unbeaten champions Castleisland will be looking to complete their campaign unbeaten as they travel to the West Kerry Gaeltacht to take on bottom side Chorca Dhuibhne.

Castleisland ran out 29-17 maximum point home winners when these sides met in October.

Killarney are five points clear of Youghal in second place and they travel to Castletreasure to take on Douglas, where a point would be enough to secure their higher ranking. The Kerry side defeated Douglas 17-11 when these sides met in the Kingdom in March and Douglas returned with a losing bonus point.

Youghal, who are five points behind Killarney, travel to West Cork to take on fifth-placed Bantry Bay. Youghal’s aspirations of a higher ranking were dealt a setback as they were defeated 32-5 by Castleisland in the Kingdom last time out. The West Cork side ran out 26-25 when these sides met in November, resulting in a losing bonus point for Youghal. Bantry Bay also defeated Youghal 13-5 at Musgrave Park, to win the Martin O’Sullivan Cup for the first time.

The first semi-final of the Bank of Ireland Muster Junior Cup sees 2017 winners Bandon going head-to-head with seven-time winners Thomond at Old Chapel. The Limerick side’s last triumphs in this competition were in three successive years from 1989 to 1991 inclusive.

Mallow entertain Muskerry in the last remaining quarter final and the winners will be rewarded with home advantage against eight-time winners Young Munster.

There are also a handful of Women’s games down for decision.

In Division 1 of the Munster Women’s League, leaders Tipperary travel to Coonagh to take on Shannon-LIT who they defeated twice earlier in the campaign.