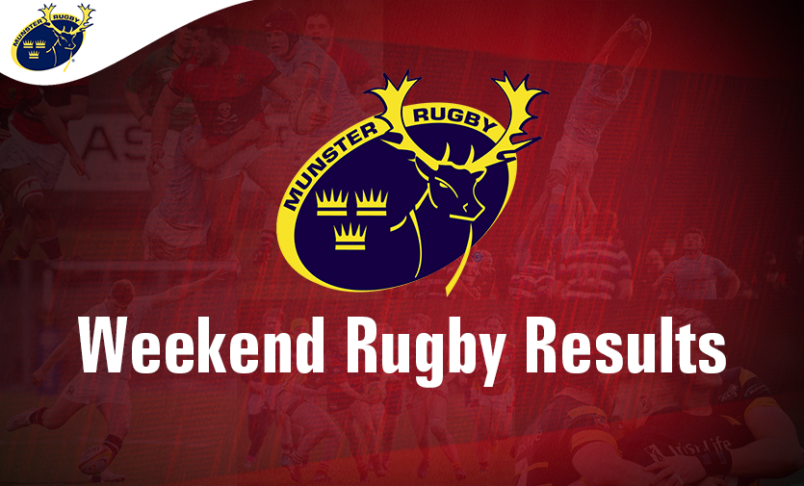 Action got underway in the new format of the Munster Junior League with only three sides in Section A managing maximum point wins.

In the top game of the day between the league champions of the past two seasons, Newcastle West got the better of Kilfeacle 20-12 in a tightly fought contest at the west Limerick venue. Evan Donovan and Mike Burke scored tries for the winners, Shane Airey kicked two penalties and a conversion, and Sean Herlihy also added a conversion. Jamie Heuston kicked four penalties for the visitors.

Thomond one of the other fancied challengers for the title were pushed all the way by Clonakilty before emerging with a 24-20 home win. Two tries from Jordan O’Donnell and Colin Slater earned Thomond the points with Eoghan Sherlock converting all three tries and also adding a penalty. Sean Madden scored a try for Clonakilty, and they were also awarded a penalty try. Eoin Downey kicked two penalties and a conversion.

A last-minute missed conversion by Thurles cost them a share of the spoils at home to Bandon as they went down 26-24. They did pick up two points from the game as Owen Byrne, Cathal Hayes, Luke Kelly, and James Devaney scored tries for the Tipperary side, and Paddy McGrath kicked two conversions. Jerry Crowley, Josh Mahony, and Leopoldo Mas replied with tries for Bandon, and Mas kicked three penalties and a conversion.

Waterpark collected maximum points in their 23-7 home win over Clanwilliam. Bill Connors scored two tries for ‘park and Paddy Kiersey, and Scott Nolan got one each with Willie Walsh adding a penalty.

Muskerry also managed five points from their home encounter against St. Mary’s running out 26-18 winners. Dave Kelly scored two tries for Muskerry, with Cormac Dennehy, and Aaron Desmond each getting one. Rob Cahill converted three of the tries. Brian Downey replied with two tries for Mary’s, and Jazz Pendejito kicked two penalties and a conversion.

Mallow lost at home to Richmond 17-5. Sean O’Connell and Lee Bennett scored tries for Richmond, and Tadhg Bennett converted both and also added a penalty. Dylan Walsh replied with a late try for Mallow.

Fethard ran out 37-16 home winners over Youghal with tries from Will Ruttle, jack Kealy, Robert Wall, and Josef O’Connor, with O’Connor converting all four tries, and also adding three penalties.

Cobh Pirates lost at home to St. Senan’s 23-19 with Ben Kennedy, Cian Ahern, and Rory Pierce scoring tries for the Pirates and Pierce converted two of the tries.

Scariff defeated Galbally-Mitchelstown 17-12. Marc Loughran scored a try for Scariff, and they were also awarded a penalty try. Jack O’Mahony added a conversion and a penalty. The visitors replied with tries from Evan Dunne, Bradley Ahern, and Dylan O’Gorman. John Kearins added a conversion.